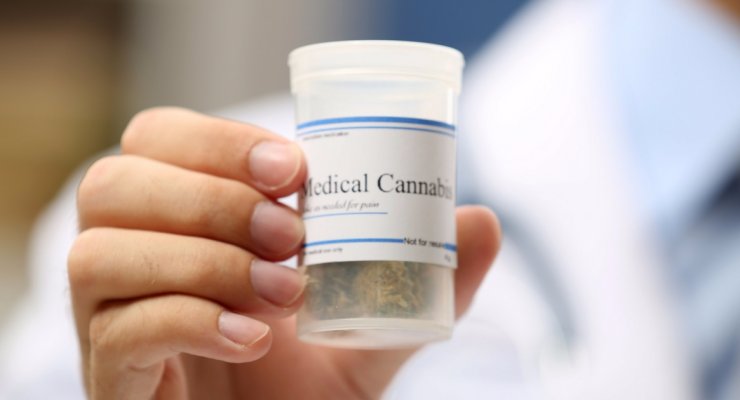 When a parent learns their son or daughter is smoking pot, it can be the end of the world for them, especially if they’re teetotalers. First, there are the tears, followed by anger and disappointment, followed by punitive measures such as taking a cell phone away, putting the kid on lock down, and understandably, making life miserable for the typical teenager. But there may be an explanation for why one’s child smokes weed. It may be that the child is treating his/her Attention Deficit Hyperactivity Disorder (ADHD) by self-medicating, and it just might be working.

We already know that hemp extract (CBD) is being used to treat seizure disorders in epileptic infants, toddlers, and children, with impressive results. Recent national attention has been given to The Realm of Caring, which posts testimony after testimony of success stories on its website, extolling the benefits of hemp oil for epilepsy and other serious brain disorders. But that might be the extent of common knowledge the general public has about CBD oil and its benefits.

Practitioners and users alike seem to know that CBD treats innumerable serious illnesses. And marijuana (THC) may be no different. Just this month, former NFL quarterback Jim McMahon came out in favor of Prop 205, Arizona’s November 8th ballot measure to legalize marijuana for recreational use in the state. The former QB star stated he moved to Arizona to get his medical marijuana card to treat the chronic pain he lives with after spending a career taking hits in the NFL. “Someone like me can afford to be a medical marijuana patient. But others aren’t so lucky. Marijuana should be available to all adults who need it,” he declared referencing marijuana’s ability to treat chronic pain. But what we’ve yet to see, and what some would like to see, is a national conversation about marijuana’s ability to help ADD/ADHD sufferers get relief from the illness’ debilitating effects.

We keep getting feedback from ADD/ADHD cannabis users and what they’re saying about weed. They claim it’s a wonder drug for ADD/ADHD. Ask any toker and they’ll tell you. We only use the word “drug” because the federal government refuses to declassify cannabis as anything but a narcotic. To investigate their claims, we visited a medical marijuana dispensary in Washington State to get users’ qualitative perspective on marijuana’s medicinal properties for the treatment of ADD/ADHD. We met Maria and heard her story. Maria said she was diagnosed with ADHD at an early age and was given a pile of pharmaceutical pills to take. First, there were the stimulants (methylphenidate and amphetamine salts). Those helped her focus but took away her appetite she said. Then there were the anti-depressants she was given to help her with her moods. Those, she said, made her suicidal. Lastly, she was given seizure meds to further control her mood swings. In the end, she said none of it helped, all had serious side effects, but she somehow managed to graduate high school with a 1.8-grade point average.

“My sister smoked pot when I was in school, but I didn’t want to get into ‘drugs’,” remarked Maria. “But one day, I’d had enough of all the pills,” she said adding, “I was going crazy!” That’s when she tried marijuana again. And then the epiphany happened. Being much more in tune with her body, and being a little older, she said weed began to work like no other medicine she’d taken before. All of a sudden, after having smoked a Sativa strain, she realized she wasn’t baked, but rather focused, and weed allowed her to take control of her life.

“I enrolled in the local community college, and I have a 3.9 GPA,” she said adding, “I owe it all to weed.” “Sure, there are days when I still struggle, who doesn’t, but I’m not on the medicines and I feel free,” she stated. We heard the same story over and over again from many different individuals at the dispensary. It seems they know something about weed that the federal government, whose close ties with big pharma are well documented, refuses to acknowledge. In the users’ minds, weed works better than the highly addictive and side effect riddled medicines most often prescribed by doctors for ADHD.

So we want to know, why isn’t ADHD listed in more states as a “qualifying conditions” to treat with medical marijuana? The answer, although still unclear, might be found in the close relationship big pharma has with the government. Allegedly, in order to fatten their bottom line, Novartis Corp., the maker of Ritalin, “worked with the American Psychiatric Association (APA), and a group called CHADD, Children and Adults with Attention-Deficit/Hyperactivity Disorder, to effectively promote Attention Deficit/Hyperactivity Disorder (ADHD) as a chronic problem and to push Ritalin as its treatment.” In recent lawsuits, plaintiffs contended, “Ritalin does not improve educational performance in individuals diagnosed with ADHD. The lawyers also say that, while the drug was directly marketed to consumers and promoted for widespread use, consumers were not informed of the drug’s side effects, which can be serious.”

So, let’s get this straight. A drug company, whose fiduciary responsibility is to its investors, worked with what is supposed to be an independent association of health professionals, to classify ADHD as a chronic condition, in order to be able to prescribe a lifetime of stimulant medicines (methylphenidate) to unsuspecting children who cannot sit still or focus. Partnerships like the one just mentioned have proven to be a windfall for drug companies like Novartis and Shire (maker of Adderall XR and Vyvanse), but not without controversy. Shire, in 2014, was ordered to pay 56.5 million dollars to settle claims stemming from exaggerated claims its drug could “normalize” ADHD sufferers. While Adderall works for many, using it has potentially addicted millions of children onto powerful stimulants, drugs they sometimes cannot get from their pediatrician after they graduate high school.

And therein might lie the underlying problem fueling the methamphetamine scourge of addiction our nation is facing. In the opinion of many, drug companies like Shire are the culprits of the meth addiction epidemic. Alexander Zaitchik of The Guardian wrote, “Poor people do dirty drugs like ‘meth’ and ‘speed’ and ruin their lives. Middle-class strivers do ‘meds’ and succeed while slimming down. But the truth is all speed is addictive. And all speed, even elegantly designed concoctions like Vyvanse, leaves users crashed out and riddled with anxiety and depression that deepens with time.” So, once again, it seems it’s all about the money. And all along, it appears there’s been a much safer way to deal with the illness of ADHD; cannabis supplementation. And just like CBD, one doesn’t have to get high to experience the benefit from THC.

At an international symposium on cannabinoid therapeutics last year, researchers presented clinical data indicating that the use of herbal cannabis relieves symptoms of Attention Deficit Hyperactivity Disorder (ADHD) in adults. German researchers selected 30 patients whose condition had proven resistant to conventional drug therapies, to study and evaluate the effects of cannabis on their ADHD symptoms.

Test subjects were reported to experience an easing of symptoms, including “improved concentration and sleep, and reduced impulsivity,” following the cannabis therapy, according to researchers. Of the 30 patients, twenty-two in the study elected to suspend their use of pharmaceutical drugs during the study period—opting for use of cannabis as their sole means of treating their symptoms. Prior to this study, there had been minimal clinical data on the subject, despite widespread anecdotal reports of relief from those suffering from ADHD.

The negative association with weed may have come from the hippie generation’s embrace of weed in the 1960’s. But at much the same time Ritalin was being doled out to millions of children, Nancy Reagan’s propaganda campaign against weed, “Just Say No”, was launched on the American people. Now, decades later, and armed with anecdotal information like Maria’s story, many are learning saying “no” to weed is saying no to something that really helps.

We spoke with another medical marijuana card holder named Jimmy. He said he first tried weed at 14 after reading online it could help his ADD. Prior to trying weed, he said his ADD was debilitating. He said the best way to describe it was to imagine having “five thoughts all at once”, but having those multiple thoughts “all day long”. Jimmy said after smoking weed for the first time, he realized he could have one thought and stay focused throughout the day. Sure. His parents flipped out and tried to keep him from weed, by all means available, but it was only after they realized it was actually helping Jimmy did they start to see it was enabling him to achieve his life goals. He got his high school diploma, enrolled in college, and currently has over a 3.0 at the university.

Before her death, medical marijuana advocate Dr. Claudia Jensen was interviewed and even testified before Congress in 2004, that cannabis can be safely given to children and teens to treat the ADD/ADHD. She said she’d been prescribing cannabis to her teenage patients in California for years with excellent results. “The truth is one of the reasons that adolescents have an increase in use of cannabis and marijuana in this country is because they’ve been lied to. They’ve been told this is a very dangerous drug and it has no benefit. And unfortunately, that’s not what they experience in the street. And I think it’s more appropriate to bring it up out of the streets and into the doctor’s offices so that children and adolescents and parents can learn the truth and get some of the data and look at this drug not with a reefer madness perspective but more with a scientific and factual perspective,” she proclaimed. She recommended edibles be given to her ADHD patients, a method of delivery which lasts all throughout the day to combat inattention, and impulsive behaviors.

While we realize the aforementioned anecdotal evidence is not scientific, it’s precisely what people are saying on the street about how weed helps them with ADD/ADHD. 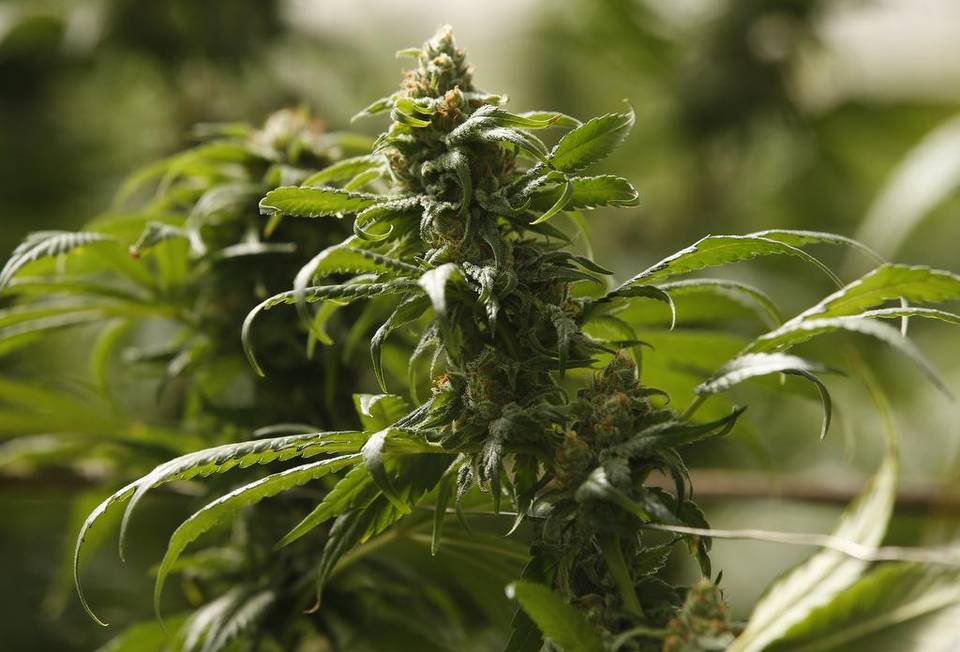 CT: Dozens Rally At Capitol In Favor Of Marijuana Legalization