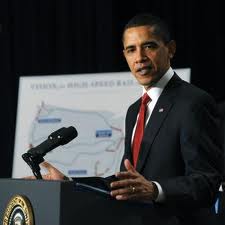 “Dance with the One that Brought You” is the title of a well-known song. But the Urban Dictionary offers a deeper meaning: “The principle that someone should pay proper fealty to those who have gone out of their way to look after them.”

Barack Obama should pay attention. In 2008, young voters were enthused and turned out for him by the millions.

There’s one issue, though, that might reignite youthful enthusiasm. That issue is marijuana – partly its medical use, but especially Americans’ right to recreational use free of potential arrest and possible prison time.

Today’s grim reality is that police continue to arrest youth for marijuana possession by the hundreds of thousands. But each arrest is a red flag of danger, threatening life prospects for a young man or woman suddenly saddled with a permanent “drug arrest” record that’s easily located by employers, landlords, schools, credit agencies and banks.

Small wonder then that 62 percent of young Americans ( ages 18 to 29 ) now favor legalizing marijuana, as a Gallup poll reported.

A ballot measure to legalize, regulate and tax marijuana received 46.5 percent of the vote in California last year. Parallel measures are likely to be on the 2012 ballots in Colorado and Washington. Odd political bedfellows – Reps. Barney Frank, D-Mass., and Ron Paul, R-Texas – recently introduced a legalization bill and now have 19 co-sponsors. Paul even gets applause advocating legalization in Republican presidential debates.

But what about President Obama? In 2004 he endorsed marijuana decriminalization. He was candid about his early pot use and in 2006 told a group of magazine editors: “When I was a kid, I inhaled, frequently.” By his run for president in 2008, he was slipping away from decriminalization but at least talked of a “public health” approach, emphasizing drug treatment instead of prison, giving drug-reform advocates hope for a new day in national policy.

But Obama as president has been a clear disappointment to reform forces. In White House-initiated electronic town halls, respondents – heavily weighted to original Obama supporters – have repeatedly put marijuana at the top of their issue lists. But the White House has either laughed off or provided dismissive retorts.

Obama’s Drug Policy Office claims the drug war is over, replaced by a focus on shrinking demand, “innovative, compassionate and evidence-based drug policies.” But Obama has not once singled out marijuana – a substance arguably far less harmful to the human body than alcohol – for special consideration. Nor has he spoken to the harm to youth caused by 800,000 yearly arrests. Or moved to stem the billions of dollars a year spent on marijuana-related arrests.

This is clearly not the “change” Obama’s enthusiastic supporters of 2008 expected. And it’s deeply ironic. Ethan Nadelmann of the Drug Policy Alliance notes that if local police departments had been enforcing marijuana laws as harshly in the early 1980s as many do today, “there’s a good chance a young Columbia student named Barack Obama could have been picked up – and not be in the White House today.”

Nadelmann suggests that both the White House Drug Policy Office and the Justice Department enforcement divisions have been “co-opted” by holdover appointees deeply invested in anti-marijuana rhetoric and “let’s just bust them” drug enforcement.

Facing the 2012 election, Obama is not likely to advocate, suddenly, marijuana decriminalization. But he could announce that it’s time for a serious national dialogue on the issue, and that it will be a hallmark of his second term. He could express his dismay that 800,000 people, mostly young ( and heavily black and Hispanic ), are being arrested each year for marijuana possession – even as 50 percent of Americans favor legalization. He could focus on the massive costs of enforcement, the deep social costs of imprisonment. Let all America, youth included, join in the debate, he could urge.

A new openness to marijuana reform could help to reignite, on campuses and among high numbers of young people, the hope for “change” that really means something. Perhaps even prospects for the president’s own re-election.

CA: Why You May Not Need To Worry About The New...