Big tobacco conglomerates are positioning themselves to muscle into the growing marijuana business if the drug wins nationwide legal status, according to a Daily Caller News Foundation investigation.

Cigarette smoking has been declining for years, so the tobacco giants see at least three huge ways they can benefit from legal marijuana:

New Market: Marijuana represents a vast untapped new market for tobacco firms. There are an estimated 4-6 million regular users now but Marijuana’s Marlboro Man hasn’t yet been introduced – that is, a well-defined brand that attracts loyal, repeat customers.

Big Profits: Tobacco giants are buying up the top vape makers. Big profits are there for the taking from e-cigarettes because they can be used for both marijuana and nicotine.

Four states and the District of Columbia have already approved some level of legalization for possession of small amounts of marijuana, and 10 other states may have ballot measures in 2016 that give voters further opportunities to legalize possession.

Big tobacco, despite its conservative image since the 1970s, has been closely eyeing the marijuana market which venture capitalists regard to be worth $50 billion in annual revenues.

Tobacco companies are now on a buying spree of e-cigarette companies which produce vaporizers, a smoking device marijuana users prefer because it can offer a higher high.

In 1970, Philip Morris covertly sought government research funds from the Department of Justice (DOJ), then overseen by Attorney General John N. Mitchell, a close friend and ally of President Richard Nixon. The funds were to be used to study the drug, according to documents obtained under litigation by the University of California, San Francisco (UCSF).

After approaching DOJ’s Bureau of Narcotics and Drug Abuse with a secret offer to conduct marijuana research, Philip Morris received formal bureau approval, although the company insisted it be done on a “confidential basis” to avoid public awareness.

“We can hardly refuse this request under any circumstances,” stated an unsigned 1970 Philip Morris memo to executives obtained by UCSF’s Center for Tobacco Research & Education.

“We are in the business of relaxing people who are tense and providing a pick up for people who are bored or depressed,” the tobacco memo added. “The human needs that our product fills will not go away. Thus, the only real threat to our business is that society will find other means of satisfying these needs.”

Philip Morris, now known as Altria, was so enthusiastic over the prospects of cashing in on marijuana that in 1993 it sought the French trademark and intellectual property rights for the name “Marley,” named after Jamaican celebrity Bob Marley, an avid and well-known advocate for the drug.

Reynolds America’s Jacob McConnico told TheDCNF there are no marijuana plans underway at his tobacco company. “None of Reynolds American’s operating companies is evaluating entering the U.S. market with commercial brands of marijuana,” he said.

Altria did not respond to TheDCNF’s request for comment.

“I would deny it, too,” replied Keith Humphreys, a professor of psychiatry and behavioral sciences at Stanford School of Medicine. “If that were my intention, I would deny it at this moment,” he told TheDCNF.

Humphreys is a giant in the drug abuse and reform movement. He sat on California’s highly publicized “blue ribbon” marijuana policy commission as a steering committee member that was headed by California’s pro-legalization Democratic Lt. Governor Gavin Newsom. Humphreys was also a senior advisor to Obama at the White House Office of Drug Control Policy.

Humphreys said big tobacco has a distinct advantage in marijuana production. “On marijuana, who knows better how to grow a plant that you dry up, wrap up in paper and smoke,” he told TheDCNF. “They’re the masters of that worldwide and have wide brand recognition.”

“If you’re specifically in the tobacco industry, of course you should be paying great attention,” Caulkins said. “It would be unfair to your shareholders if you didn’t at least watch with interest and probably should have several analysts working full time trying to think of different scenarios of how this could play out.”

Dr. Stanton Glantz of the UCSF School of Medicine and the American Legacy Foundation Distinguished Professor of Tobacco Control told TheDCNF, “They certainly would deny it if you asked them, but the reality is that tobacco firms are very well positioned.”

“They know how to make the product very well and very efficiently,” Glantz said. “More important, they know how to engineer the product to maximize the addictive potential, which is something that the current marijuana enterprises probably aren’t as good at.”

Glantz, who was also a key figure in the litigation effort that released 80 million pages of internal tobacco industry documents, said “it would be a very, very very small step for them to dive into the marijuana with both feet if they wanted to.”

The documents show big tobacco has toyed with marijuana cigarettes for at least half of a century.

As noted previously, big tobacco is buying up American e-cigarette companies with fervor.

“For e-cigarettes, there is a huge crossover in e-cigarette use between marijuana and tobacco,” Glantz told TheDCNF.

A 2003 University of Florida study found that two out of three marijuana users follow the drug with mentholated cigarettes, which can extend the high.

Caulkins said he believes “it will be quite possible in the marijuana legalization market, we might move away from combustion-related products and moving heavily into ‘vaping’ based products.” 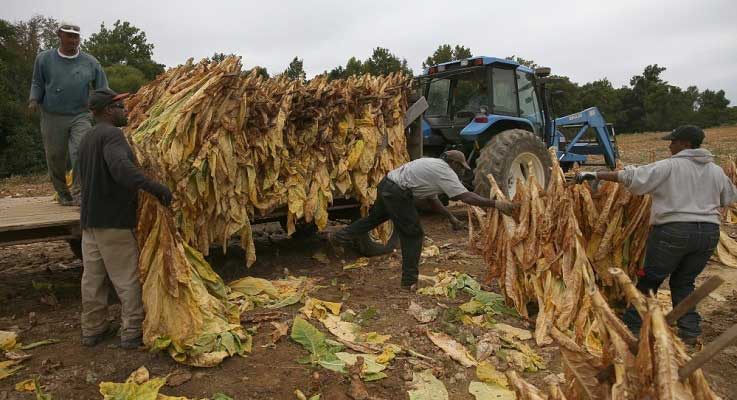 The “Cannabis State Of The Union 2018,” Annotated