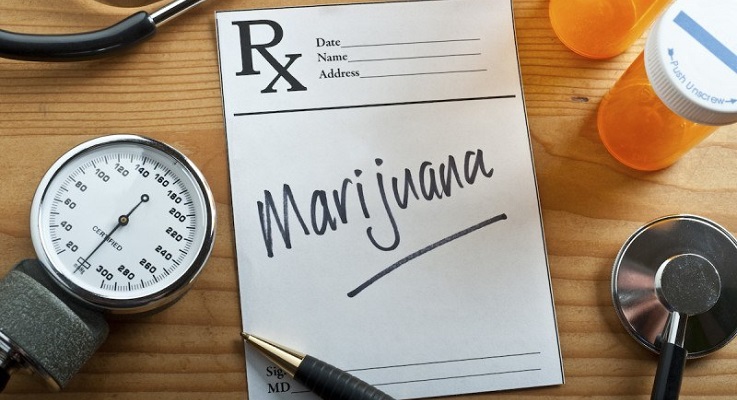 Imagine being in constant pain, so much so that you can’t work, you can’t walk around town, you can’t lift things, you can’t even find a restful position to sleep in. Imagine that every medicine your doctor prescribes to you is either too weak to make a difference or comes with crippling side effects.

Now imagine knowing there is a medicine available that can ease your pain, allow you to work, move around relatively comfortably and help you sleep through the night. But there’s one downside: it’s illegal.

What do you do? Do you live with the agony and fatigue or break the law?

That’s the desperate dilemma that tens of thousands of British citizens face because it is illegal for doctors to prescribe medicinal forms of cannabis to their patients, despite mounting evidence that it can be an effective treatment for certain illnesses.

Last month, I met half a dozen young campaigners from the United Patients Alliance who suffer from a range of chronic conditions, including multiple sclerosis, Crohn’s disease, arthritis and epilepsy. Each one was bright, articulate and desperate to be able to get on with their lives.

Faye, a corporate PA for a big company who was diagnosed four years ago with rheumatoid arthritis, is about as far away from the cliché of the layabout pothead as you can possibly imagine. An ambitious, outgoing and highly able young woman, the pain threatened to derail the career she had been building since the age of 16. She tried a number of prescription medicines but they came with a range of nasty side effects, from hair loss to constant nausea, that often left her too ill to work.

Four years later, her career is back on track. She makes her own cannabis-based skin cream that she can use at work, which has no psychoactive qualities and can easily be disguised so that no one knows she is using cannabis. To her colleagues, it looks like she simply keeps a small jar of normal hand cream on her desk. As a result, she told me that she can “live my life as I used to four years ago”. But she does so at great expense and at the risk of a criminal record. She is also forced to put herself into potentially difficult situations in order to obtain the cannabis she needs.

Kieran, a self-employed plasterer who has had epilepsy since he was a teenager, told me that cannabis massively reduced the frequency of his seizures. At its worst he could have five or six seizures a week but, thanks to cannabis, he has gone as long as a year without one in the past.

Jake, who was born with a diaphragmatic hernia, told me that he lives with such intense pain that a doctor once suggested he use methadone, the heroin substitute used to wean addicts off the drug. He was also prescribed Sativex, one of the very few cannabis-based medicines available in the UK, but found it wasn’t strong enough and acted only as an anti-spasmodic, not a pain reliever.

Weighing barely seven-and-a-half stone, “which is heavy for me”, he said cannabis not only eased his pain but had the added effect of helping him to keep his food down — a rare medical upside to getting the munchies — but it costs him an eye-watering £200 to £300 a week, a price so high that even with the financial support of well-wishers he is frequently left in chronic pain.

There is, of course, a much wider debate about cannabis and other drugs. My strong view is that we too often treat users and addicts as criminals to be punished, rather than people who need support. I want to see drug addiction treated as a health issue, not a criminal justice one. We should be putting our effort into going after the gangs who traffic and deal illegal drugs, not the people who use them.

Above all, we need to base drugs policy on the evidence of what works — and what the evidence shows is that a less draconian approach can have real health benefits. In Portugal, where those who are caught in possession of drugs are directed into health or education services rather than the courts, there have been dramatic reductions in addiction, HIV infections and drug-related deaths. In other words, you don’t need criminal penalties in order to intervene and change people’s drug habits.

There are also a host of fascinating experiments happening in a number of US states — licensed outlets can sell cannabis legally for recreational use in Washington, Colorado, Oregon and Alaska. In Uruguay, the state controls the production of cannabis and sells it over the counter. British drugs reformers will watch these experiments closely to see how successful they can be in reducing drug use and health problems.

But while I hope we in Britain will eventually take a more enlightened approach towards drugs policy more generally, I accept that it will remain a controversial issue for the foreseeable future.

Whatever your views on wider drug use, however, one area where the time has surely come to move on is prescribing cannabis for medicinal purposes. That’s what already happens in Canada, Germany, the Netherlands, Israel and half the states in the US, so we would hardly be risk-taking pioneers.

Surely we can agree that doctors prescribing something as a medicine should be considered a separate matter entirely?

The young people I met deserve compassion and support, not criminal records or a lifetime of pain. Allowing doctors to prescribe cannabis to patients whose chronic pain cannot be adequately eased by other medicines is common sense. It’s time we made it legal to do so.