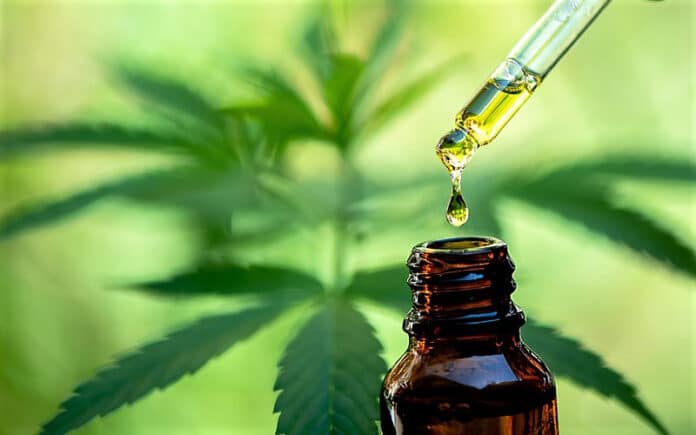 The people who took the Select-brand drops hadn’t anticipated getting high at all.

They thought they were using CBD, which has a negligible amount of THC. Manufacturer Curaleaf, one of the nation’s largest marijuana companies, has acknowledged that it somehow confused the two products, and both the mislabeled items are now subject to a mandatory state recall.

At least three people who took the high doses of the mislabeled marijuana products went to emergency rooms and at least one was hospitalized, according to lawsuits filed against Curaleaf. Two people say they were driving when they began feeling the effects of the surprise dose of THC.

Recreational marijuana has been legal in Oregon since 2015, but marijuana products must adhere to strict regulatory guidelines. Curaleaf’s manufacturing blunder now represents a test of whether state regulators can police such mishaps and prevent their recurrence.

“There needs to be a stronger process in place so this doesn’t happen again. Because when it happened it was terrifying. You don’t know what is going on,” said Amy Cantu, who said she, her aunt, her mother and her 79-year-old grandfather all had severe reactions to the tainted drops, which they thought contained only CBD. They have jointly sued Curaleaf over the incident.

“The checks and balances aren’t quite there,” Cantu said.

CBD, or cannabidiol, is made from hemp but doesn’t usually contain enough THC for users to experience a high. Enthusiasts say CBD promotes a feeling of general health and reduces pain and anxiety. Cantu said that’s why she and her family took them.

Cantu, who lives in Hillsboro, said she was driving last month when she began experiencing the effects of the mislabeled CBD drops shortly after taking them. She said she had no idea what was causing the symptoms, which included light-headedness, so drove home and went to bed.

When she awoke a couple hours later, though, Cantu said she was disoriented and couldn’t move.

“I panicked. I thought I was basically going to die, like something was seriously wrong,” said Cantu, who is 41.

The effects for her grandfather were even more alarming after he took the drops, according to Cantu.

“That was very scary. I went over to his house that evening. He thought he was having a stroke, and so did I. He could not stand, he could not speak clearly, form full sentences,” she said.

So Cantu’s family called an ambulance and rushed him to a hospital, where she said he spent several days while doctors sought to diagnose the cause of his symptoms. They operated to remove a hematoma from his leg, which they suspected might have become infected, but found after the procedure that it wasn’t diseased.

“For a 79-year-old man to undergo surgery that was completely unnecessary, that was very scary,” Cantu said. She said her family didn’t identify the source of their symptoms until reading a news account of the state recall and matching the recalled item to the bottle they had been using.

Curaleaf now faces at least four lawsuits related to its labeling debacle, including the one Cantu’s family filed this week. The Massachusetts-based company didn’t respond to a request for comment Thursday but has said previously that customer safety is a top priority.

Curaleaf has blamed its gaffe on “human error” and has said it has changed its manufacturing process to prevent similar problems in the future.

But Curaleaf has declined to describe in detail how it mixed up the two products and hasn’t responded to repeated questions about whether the company has held anyone accountable for its mistake.

Curaleaf acquired Portland-based Cura Cannabis, which also goes by the name Select, early last year in a $400 million, all-stock deal. Labeling indicates Curaleaf manufactured both of the recalled products in Portland. The OLCC says none were sold outside Oregon.

The commission says it is continuing to investigate Curaleaf’s slip-up but hasn’t set a timetable for completing the work or said what sanctions the company might face. The OLCC has allowed Curaleaf to continue production in Oregon during the investigation, reasoning “there is no evidence to suggest additional products need to be recalled or that manufacturing needs to be suspended.”

Marijuana products are subject to safety and quality testing in Oregon, but OLCC spokesman Mark Pettinger said testing is done before products are packaged. That might explain why testers didn’t catch Curaleaf’s mix-up, and Pettinger said final product testing could be a future requirement.

“That’s something that the commission might contemplate going forward,” he said.

Curaleaf’s THC drops contained 17.25 milligrams per serving, according to labeling on the bottle That’s a relatively high dose – Oregon’s recommended dose for new users is 2.5 milligrams to 5 milligrams. Pettinger said a 5 milligram serving is standard in Oregon.

Both the Select CBD and Select THC bottles contained 1 ounce of liquid. But the CBD bottles had half as many doses as the THC bottles.

So people who took a full serving of drops from the mislabeled CBD got twice as much THC – 30 milligrams or more – as the recommended serving on the THC bottles.

Such large doses often produce the opposite of the euphoria people typically seek when using recreational marijuana, according to Dr. Robert Hendrickson, professor of emergency medicine at Oregon Health & Science University and medical director of the Oregon Poison Center at OHSU.

“As you go up higher, say in the 20 to 50 milligram doses, you get much more what we call dysphoric effects,” Hendrickson said. He stressed that he has no specific knowledge of the Curaleaf case and said that actual reactions to THC doses can vary considerably among individuals.

And cannabis use definitely decreases people’s ability to drive safely, he said.

Jason Crawforth says he bought the mislabeled CBD drops while visiting the Oregon coast last month, then consumed them while on a camping trip to Nevada. He first experienced the psychoactive symptoms while camping but couldn’t identify the cause.

So Crawforth took the drops again, shortly before starting a drive with a friend to his home in Nevada. He said he became disoriented while driving on the freeway, confused about what lane he should be in or what he was doing.

“That dysphoria, it would have killed me. I became completely unaware. I could have driven that motorhome into another person, a family,” Crawforth, 51, said Thursday. He said his traveling companion directed him to pull over, saving him from a wreck, but that it took hours for him to regain his wits.

“You have this little tiny piece of your mind that is aware that you are completely unaware,” Crawforth said. “And it’s terrifying.”

After another friend had a similar reaction to his CBD drops, Crawforth said he concluded they caused his symptoms and notified the OLCC. Regulators say he was the first to tip them off to the mislabeled drops.

Crawforth also has filed suit against Curaleaf. Each of the four suits against the company, brought in U.S. District Court in Portland by attorney Michael Fuller, seeks up to 1% of Curaleaf’s net worth.

Curaleaf, whose stock trades on a Canadian exchange, has a market value of approximately $8 billion.