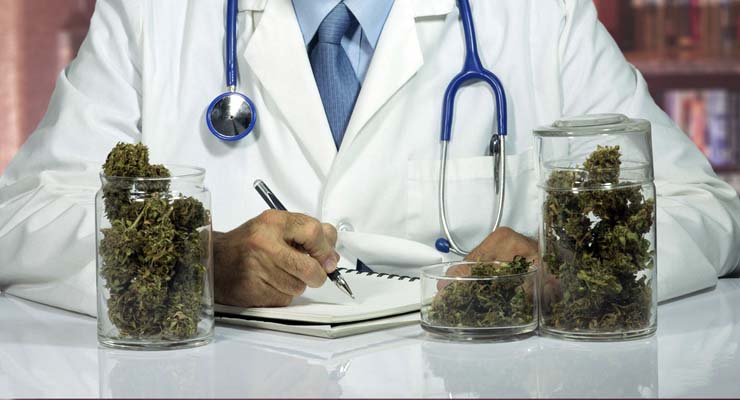 The widespread use of cannabis as a medicine can be traced back millennia, where early Chinese doctors, such as surgeon Hua Tuo (c. 140-208), used the plant as an anesthetic by reducing the plant powder and mixing it with wine for administration before surgery. In fact, the Chinese term for “anesthesia” (mázui 麻醉) literally means “cannabis intoxication.”

Dutch sinologist Frank Dikötter also wrote about the ancient use of cannabis as medicine in his book, Narcotic Culture: A History of Drugs In China, where he highlighted how the root of the cannabis plant was used to remove blood clots, while the juice from the leaves could be ingested to combat tapeworm, and the seeds, once reduced to powder and mixed with rice wine, were used to fight several ailments including constipation and hair loss.

Even the Egyptians recognized the medicinal applications of cannabis, particularly for the treatment of hemorrhoids. In ancient India, cannabis was used for a variety of ailments, including insomnia, headaches, GI disorders, and pain. Indeed, this ubiquitous plant has shared a sacred place in medicine for centuries.

But then somewhere along the timeline, our relationship with cannabis became clouded by misinformation and defamation. Soon the green plant was seen as a threat to our youth, a threat to political agendas, a threat to conservative belief systems, and a threat to the financially-dominant industries of the early 20th century, i.e., oil, tobacco, and alcohol.

Fortunately today, however, we exist in a cannabis renaissance of sorts, where, thanks to the vast and efficient exchange of information through the world wide web, people are seeing through the veil of propaganda that for decades clouded the truth about cannabis, the truth being that it is a potent medicine.

In his article, Booming New Cannabis Industry Faces an Abundance of Hurdles, Dr. Mercola points out that the scientific evidence supporting its medicinal value “is strong, and growing, due to its cannabidiol (CBD) content. Much of the herb’s popularity stems from its medicinal potential. In 2014, a survey found that the majority of physicians – 56 percent – favor nationwide legalization of medical cannabis.“

Indeed, the science is in, and the results are undeniable. Let’s take a look at 10 proven medical applications for cannabis, outlined partly by Leaf science, and discuss how this miracle plant is doing wonders for so many.

Studies show that THC activates pathways in the central nervous system which work to block pain signals from being sent to the brain. Likewise, cannabis has been shown to be especially effective against neuropathic pain, or nerve-related pain. Next time you go for an Advil, try a small puff and see how that helps instead.

Post-traumatic stress disorder (PTSD) is another common reason to use medical marijuana. Interestingly, the high from THC is also associated with temporary impairments of memory.

While this may be seen as a drawback for some marijuana users, impaired memory is often therapeutic for those who struggle to forget painful memories, such as patients who suffer from PTSD. Recent studies confirm that oral doses of THC can help relieve a variety of PTSD-related symptoms including flashbacks, agitation and nightmares.

THC has been available in pill form for treating nausea and vomiting in cancer patients since the 1980s.

Marinol, a pill containing synthetic THC, was the first THC-based medication to be approved by the FDA for this purpose. Since then, other THC pills have been developed and prescribed to patients undergoing chemotherapy, including a pill called Cesamet.

Along with its ability to reduce nausea, THC is known to work as a powerful appetite stimulant in both healthy and sick individuals. Similarly, Marinol and Cesamet are regularly prescribed to boost appetite in patients with cancer and HIV-associated wasting syndrome.

A number of studies conducted with Marinol suggest that THC can also stimulate weight gain in anorexia.

Treating asthma may not seem like an obvious use for medical marijuana. But as it turns out, THC’s ability to improve breathing in asthmatics is supported by research dating back to the 1970s.

Following trials that showed smoking marijuana could help calm asthma attacks, scientists tried (and failed) to develop an inhaler that could deliver THC. While the THC inhaler idea was ultimately abandoned, some say modern-day vaporizers might be the solution.

Another benefit of THC recognized early on was its potential to relieve eye pressure in patients with glaucoma.

Likewise, after studies in the 1970s showed that smoking marijuana could reduce symptoms in glaucoma sufferers, scientists tried (and failed again) to develop a way to administer THC in eye drops. The idea proved too complicated due to the fact that THC is not soluble in water.

While some glaucoma patients rely on medical marijuana to this day, The American Glaucoma Society maintains the position that its effects are too short-lived (lasting 3-4 hours) to be considered a viable treatment option.

Many are aware of the sleep-inducing effect of marijuana, and research shows that THC is largely responsible. In fact, trials conducted in the 1970s found that oral doses of THC helped both healthy individuals and insomniacs fall asleep faster.

Interestingly, more recent studies suggest THC may also improve nighttime breathing and reduce sleep interruptions in those who suffer from a common disorder known as sleep apnea. Researchers are currently working to develop a THC-based medicine for treating the condition.

Other Uses For Cannabis With Overwhelming Anecdotal Evidence
The fact that your body is replete with cannabinoid receptors, key to so many biological functions, is why there’s such enormous medical potential for cannabis. CBD may be the most potent and beneficial of the cannabinoids, particularly for tamping down an overactive immune system, as is the case with autoimmune disease. CBD also has antipsychotic properties but does not get you high. Here are a few more serious conditions to which cannabis can substantially aid in treating:

Dravet syndrome, also known as Severe Myoclonic Epilepsy of Infancy (SMEI), is a form of intractable, life-threatening epilepsy in which a child can suffer upwards of 100 seizures a day.

Dr. Mercola explains, “Certain varieties of cannabis offer the only real hope for children with this type of disorder, as Dravet syndrome does not respond well to standard epilepsy drugs. Twenty to 30 percent of children with Dravet experience a significant reduction in seizures within days or weeks of using high-CBD, low-THC cannabis, with virtually no adverse effects. So for some, legalized marijuana is just one more option for entertainment, but others feel like it’s the difference between life and death.”

Over the past several years, dozens of studies point to marijuana’s effectiveness against many different types of cancer, including brain cancer, breast and prostate, lung, thyroid, colon, pituitary, melanoma, and leukemia. It fights cancer via at least two mechanisms, making it difficult for a cancer to grow and spread:

Why We Need To Move Away From Prescription Drugs And Embrace Natural Cures
Pharmaceuticals in general are among the leading causes of death in the US, you don’t have to look far to find research confirming that cannabis is safer and less toxic than many prescription drugs.

Pharmaceuticals are know to cause liver and kidney toxicity, gastrointestinal damage, nerve damage, and of course death. Moreover, cannabinoids often work when pharmaceutical drugs fail, so not only is cannabis safer but it’s typically more effective.

Dr. Margaret Gedde, MD, PhD, owner and founder of Gedde Whole Health and the Clinicians’ Institute of Cannabis Medicine, recommends people do more personal research into medicinal cannabis in order to make the best decision about their own health. Some great resources that may be helpful include the following: 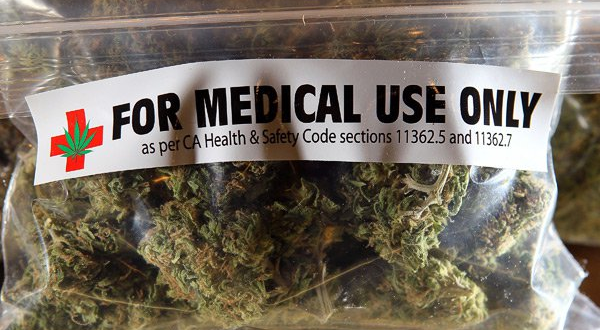