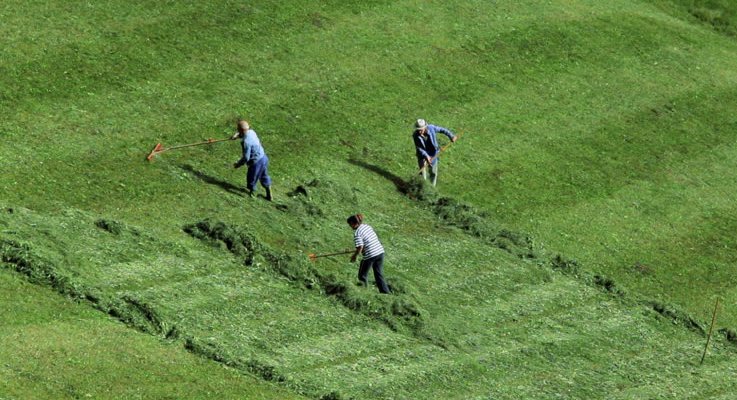 Taranto, Italy — Farmers in a region of Italy once known for cheeses have turned to cultivating a type of cannabis — not to smoke or sell — but to decontaminate polluted soil.

“For generations, our family produced ricotta and meat,” Fornaro recalled.

It wasn’t until 2008 when Italy’s government discovered the toxic chemical dioxin in his sheep and slaughtered the entire herd. The culprit was just a mile away.

Contaminants spewing from a massive steel plant — Europe’s largest — meant Fornaro could never have grazing animals again. To clean up his land he decided to try a rather unusual experiment.

Fornaro planted industrial hemp to try to leach contaminants from the soil.

The science is called phytoremediation — a process where contaminants are absorbed by the fast-growing roots of the cannabis plant which stores or, in some cases, transforms toxins into a harmless substance.

“You think this marijuana is the future of your farm?” Doane asks Fornaro.

Although Fornaro’s crop is past harvest and doesn’t look like much now, phytoremediation is proven to pull heavy metals from soil.

It was used following the nuclear disaster at Chernobyl to remove radioactive strontium and cesium.

Cannabis’ future
Claudio Natile sells some of the thousands products made from industrial hemp including hemp oil, beer and pasta.

“We want to eliminate the prejudice against cannabis,” Natile said.

He took CBS News to an apartment complex built from hemp composite materials. So passers-by don’t miss the point, the grass out front is cannabis.

“We must innovate,” Fornaro told CBS News, “and develop in a way that’s ecologically sound.” 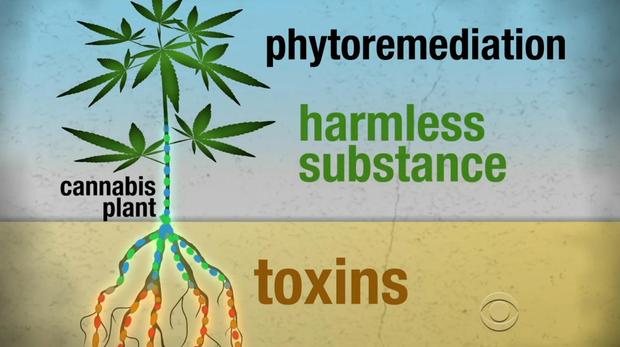