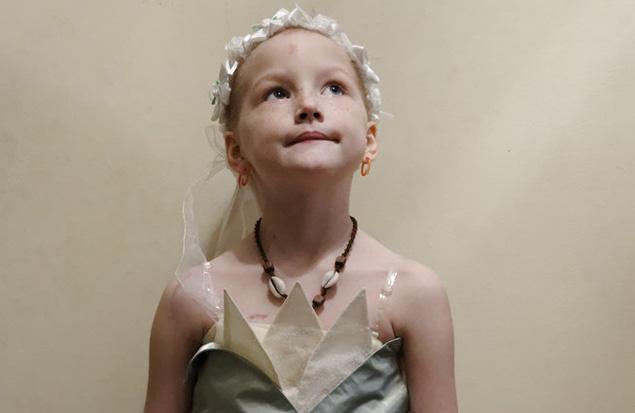 A seven-year-old girl suffering from leukemia is one of Oregon’s youngest medical marijuana patients. Her mother says she gives her daughter marijuana pills to combat the effects of chemotherapy, but her father, who lives in North Dakota, worries about the effects of the drug on her brain development. Mykayla Comstock was diagnosed with leukemia last spring. Her mother treats her with a gram of cannabis oil daily, The Oregonian reported. Mykayla’s mother credits the drug for the leukemia’s remission. “As a mother, I am going to try anything before she can potentially fall on the other side,” said Erin Purchase, 25, who with her boyfriend administers Mykayla’s cannabis.

The girl says the drug helps her eat and sleep but also makes her feel “funny.”

“It helps me eat and sleep,” Mykayla said. “The chemotherapy makes you feel like you want to stay up all night long.”

Mykayla’s father, who is divorced from the girl’s mother, was so disturbed by his daughter’s marijuana use that he contacted child welfare officials, police and her oncologist. The father, Jesse Comstock, said his concerns were prompted by a visit with Mykayla in August.

“She was stoned out of her mind,” said Comstock, 26. “All she wanted to do was lay on the bed and play video games.”

Comstock, who works in a North Dakota oil field, pays child support to Purchase and covers Mykayla’s health insurance. He said he observed strange behavior during an August visit and took Mykayla to a private lab, where technicians detected THC levels of an adult daily marijuana user.

Gladstone police contacted the girl’s mother, examined Mykayla’s medical marijuana paperwork, then told Comstock there was little they could do.

Comstock, who used pot in the past, said he doesn’t object to people over 16 using medical marijuana. But he worries about his daughter’s well-being and the potential for addiction.

“She’s not terminally ill,” Comstock said. “She is going to get over this, and with all this pot, they are going to hinder her brain growth.

“It’s going to limit her options in life because of the decisions her mother has made for her,” he added.

Oregon law requires no monitoring of a child’s medical marijuana use by a pediatrician.

The law instead invests authority in parents to decide the dosage, frequency and manner of a child’s marijuana consumption.

Many doctors worry about introducing a child to marijuana when they say other drugs can treat pain and nausea more effectively. Purchase believes marijuana heals, and credits the drug for curing her stepfather’s skin cancer.

She herself is an Oregon medical marijuana patient, and her boyfriend is Mykayla’s grower. She is so convinced of the drug’s safety that she consumed it during the pregnancy and while breastfeeding her second child.

When her symptoms are especially bad, Mykayla’s mother and her mother’s boyfriend will feed her cannabis-infused food. She’s had up to 1.2 grams of cannabis oil in 24 hours, the rough equivalent of smoking 10 joints.

Purchase said Mykayla’s first oncologist called the marijuana use “inappropriate.” She has not informed her new oncologist about the treatment.

With marijuana, Purchase said her daughter has been able to fight past the chemotherapy and return to a sense of normalcy.

“She’s like she was before,” her mother said. “She’s a normal kid.”

What Is CBD Oil Really Used For