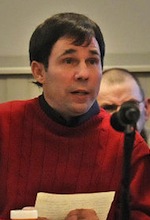 Eric Crawford is standing up for his right to smoke medical marijuana. Eric and his common law wife, Michelle Young-Crawford have kept their lives as private as possible, but due to a set of extenuating circumstances in September that put their lives into the court system, they have made a choice to step into the spotlight on one of America’s most controversial issues: legalizing marijuana for medical purposes.

Eric is a quadriplegic — his spine was injured in a 1994 car accident when he was 22 years old. He and Michelle met when he was in Cardinal Hill for rehabilitation: her sister was one of his nurses and introduced them. Since then, they have been inseparable, with Michelle devoting her life to Eric as his mate, caregiver and champion of his needs. During an interview with the couple earlier this week, I asked Michelle if she worked (meaning outside the home), before she could answer Eric said “she has three jobs, taking care of me, taking care of me, taking care of me, I’m a lot to take care of.”

Eric’s condition requires him to have available 16 prescriptions for a wide variety of ailments: pain, muscle spasms, anxiety, optical uveitis, antibiotics to stave off urinary tract infections, auto-immune disorder, acid reflux, and eye drops for glaucoma to name a few. He doesn’t like the affects of the medicines and takes some of them only as needed, not on a daily basis. His muscle spasms cause his arms to jerk and move so violently, he is hit in the face or about the head during a spasm. He has been told by his doctors at the University of Louisville Kentucky Lions Eye Center, where he has been a patient for 11 years, that without medical marijuana, he will be blind in a year from glaucoma. The THC from marijuana keeps the pressure on Eric’s eye lower and in combination with the maximum dosage of glaucoma medicine, marijuana keeps the pressure at acceptable levels.

“If it weren’t for marijuana, or medical cannabis, I would be in a heck of a shape,” Eric said. “I don’t really get high, it makes me comfortable. I should not have to move. I want to be able to see and not go blind.” The couple is also very clear about the fact they are not advocating for marijuana to be legalized for recreational use. They are advocating for medical cannabis for those people with AIDS, cancer, hepatitis C, glaucoma, multiple sclerosis, epilepsy, chronic pain and other ailments.

As Michelle pointed out, there are many people from every walk of life who are on daily dosages of pain killers. It is these people the couple says they are fighting for, not the abusers of prescription drugs and other illegal drugs. Eric and Michelle admit to the use of marijuana to alleviate Eric’s pain. They don’t want to move to another state where medical marijuana is legal because they have family obligations here in Mason County.

Their life was under the radar of law enforcement until last year, when someone made allegations they were selling marijuana and prescription drugs — in particular selling them to children. The allegation was made to the Mason County Sheriff’s Office, which investigated and served a search warrant on the couple. The search resulted in both Eric and Michelle being charged with possession of marijuana and drug paraphernalia. The charge was dismissed against Eric by a motion of the Mason County Attorney’s office, Michelle entered a guilty plea and was given 45 days in jail, which was probated two years.

“This is very emotional, it’s just really hard,” said Michelle as she fought back tears. “People are viewing us as criminals and talking behind our backs and that’s really hard. Eric doesn’t care but I’m not there yet. I’ve got to fight for Eric.” Michelle said people as a rule think as a quadriplegic Eric already has prescriptions for medical marijuana, but the fact is, it is not legal in Kentucky. “I should have a right to have it and a safe place to get it,” said Eric. To that end, the couple has begun a campaign to get Senate Bill 43 passed in the Kentucky General Assembly during this session. The bill is sponsored by Senator Perry Clark (37th-Jefferson) with co-sponsorship by Senator Walter Blevins (27th – Mason, Fleming, Lewis, Robertson, etc.) and Denise Angel (35th Jefferson).

According to the Kentucky Legislative Research Commission website Kentucky Legislature Home Page, the bill is: “AN ACT relating to medical cannabis. Create various new sections of KRS Chapter 218A to establish a comprehensive system for medical cannabis in Kentucky, including provisions for medical verification of need, persons allowed to cultivate, use, and possess the drug, organizations allowed to assist in providing the drug, regulation by the state Department for Public Health, interaction with state and local governments, including law enforcement, with persons and entities coming within the purview of the Act, and the establishment of required reporting and review procedures; amend KRS 218A.040 to conform; name the Act the Cannabis Compassion Act.”

The bill was introduced in the Senate Jan. 7; and on Jan. 13 moved to Licensing, Occupations, & Administrative Regulations (S). Michelle has begun a letter writing campaign to all members of the Kentucky Senate and House of Representatives. They have asked State Rep. Mike Denham to give his support to passage of the bill and they contacted State Senator Robin Webb, who represented Mason County until the 2013 redistricting.

“Some of them (legislators) are just flat out scared to do anything and they need to stand up and do what’s right,” Eric said. They are traveling to Frankfort whenever the bill is being discussed in committee. On Wednesday, Eric provided testimony during a Health and Welfare hearing; the hearing was aired on KET and Eric’s appeal to legislators was recorded. They have met Gov. Beshear and asked his support. They appealed to Mason County Fiscal Court to pass a resolution asking lawmakers to support S.B. 43 on Eric’s behalf and received the court’s support.

After much research, they have allied themselves with Kentuckians for Medical Marijuana out of Louisville and Michelle has written a letter to the editor, which appeared in The Ledger Independent asking for the community to understand and support their cause. They said they are now known in Frankfort as “trouble” and “trouble’s wife” because of their persistence to have this law passed.

The Crawfords are ordinary people under extraordinary circumstances — caught up in the legality of a drug that can give Eric relief from his chronic pain. And despite the controversy that will be swirling around them in their home county and the state, they are determined something must change. “After this article, the haters are going to hate.” Eric said. With that in mind, they said they have received more support from the community than expected and it has come from all levels of society, religion and ages.

“It’s not about me anymore. I’ve got to fight for the little kids and people sick like me, but somebody’s go to do it,” said Eric. To support S.B 43, call 1-800-372-7181. To track the progress of the bill, go to Kentucky Legislature Home Page, then select Legislation and Legislative Record from the homepage. To learn more about Kentuckians for Medical Marijuana go to Kentuckians For Medicinal Marijuana. 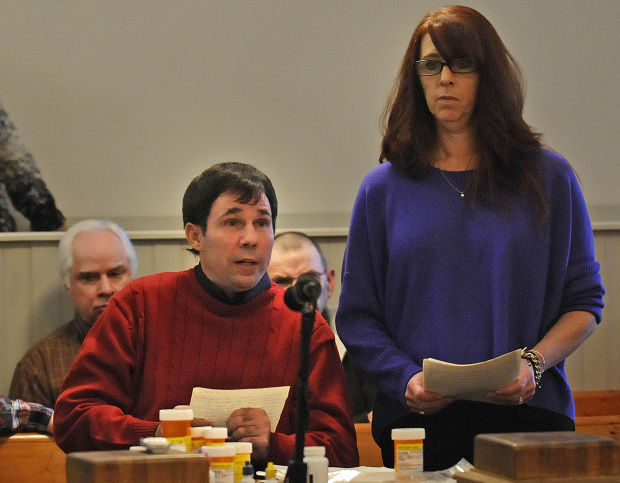