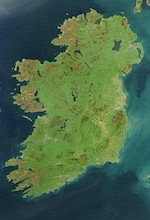 In Co Meath, 60-year-old Darcy Petticrew grows cannabis to produce a tincture. 10 times stronger than the weed itself, that he ingests to relieve pain caused by a spinal-cord injury that has had him wheelchair-bound for 17 years. “Without it I cannot function; it’s that simple,” he says. It is 13 years since Dr Orla Hardiman, a consultant neurologist working with people who suffer from multiple sclerosis, called for the legalisation of medicinal cannabis.

Yet today in Ireland, MS sufferers and others like Petticrew who wish to use cannabis to relieve symptoms face criminalisation, a €2,750 fine and up to 12 months in prison for a second offence. A pharmaceutical spray containing cannabis extract, Sativex, is to be allowed for use by March, Minister of State for Health Alex White has said, but the medicinal use of cannabis will not be legalised. The US has shown how, once discussion opened on the topic of marijuana legalisation, favourable opinion increased, first steadily, then rapidly.

There, support for legalisation jumped from 44 per cent in 2010 to 58 per cent last year. Polls here suggest Irish public opinion could follow a similar pattern. In 1998, 24 per cent of Irish people supported legalisation, according to the Health Research Board. In a Red C poll this month, 38 per cent of Irish adults supported legalisation, a 50 per cent increase in 16 years. Experience elsewhere shows three stages in the gradual shifting of opinion towards legalising cannabis: it typically progresses from an outright ban to its being allowed for medicinal use, to decriminalisation, then to legalisation and regulation. In Ireland, which is out of step with much of Europe on cannabis, doctors working with addiction believe we should go farther than allowing cannabis for medicinal use.

Significant cannabis-associated harm is not from the psychoactive effects of the drug itself but from its criminalisation, argue Dr Garrett McGovern and Dr Cathal Ó Súilleabháin, GPs who have decades of experience in the area. Middle-class, university-educated people are top users of the drug. Use is highest in the “group A” professional and managerial class, university educated people and young men. The worst outcome from their use of the drug is most likely criminalisation, say all three doctors. A drugs offence can ruin a young person’s future, says Ó Súilleabháin, affecting their careers and banning them from certain occupations and from travel. Criminals preying on the naive is another current problem. Dr Bobby Smyth, a psychiatrist and psychotherapist with the HSE, works with teenage drug abusers. Among his clients are “not-streetwise kids” who are spending €25 to €50 a day on cannabis, who owe money to drug dealers and who are physically threatened. Those problems would be solved, say all three doctors, by decriminalising cannabis and giving it a civil sanction on the level of a parking fine, discouraging its use while limiting long-term social harm. 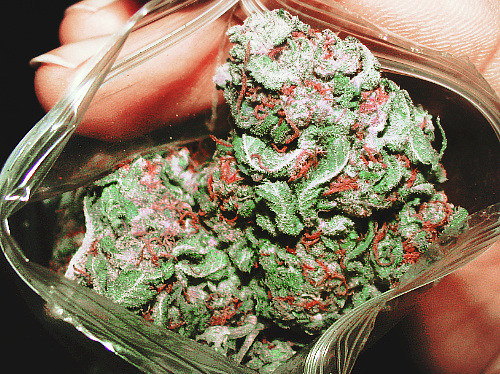