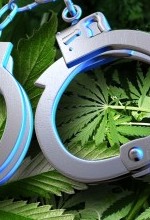 Charges for all manner of marijuana crimes plummeted in the months after Colorado voters legalized limited possession of cannabis for people over 21. According to a Denver Post analysis of data provided by the Colorado Judicial Branch, the number of cases filed in state court alleging at least one marijuana offense plunged 77 percent between 2012 and 2013. The decline is most notable for charges of petty marijuana possession, which dropped from an average of 714 per month during the first nine months of 2012 to 133 per month during the same period in 2013, a decline of 81 percent.

That may have been expected — after all, people over 21 can now legally possess up to an ounce of marijuana. But The Post’s analysis shows state prosecutors also pursued far fewer cases for marijuana crimes that remain illegal in Colorado. For instance, charges for possessing more than 12 ounces of marijuana dropped by 73 percent, and cases alleging possession with intent to distribute fewer than 5 pounds of marijuana dipped by 70 percent. Even charges for public consumption of marijuana fell statewide, by 17 percent, although Denver police have increased their number of citations issued for public consumption.

Marijuana advocates, meanwhile, praised the drop in prosecutions, even for things that remain illegal under state law — because it lessens what they say is the racially biased impact of marijuana enforcement. A report last year from the American Civil Liberties Union found that blacks in Colorado were arrested for marijuana crimes at a rate nearly double that of whites. Overall, the report found arrests for marijuana possession in 2010 made up more than 60 percent of all drug-offense arrests.

“We’re talking about not only saving the state time and money,” said Art Way, a policy manager in Colorado for the Drug Policy Alliance, a supporter of legalization, “but we’re no longer criminalizing primarily young adults, black and brown males primarily, with the collateral consequences of a drug charge.” The Post’s analysis is not a comprehensive look at marijuana prosecutions in Colorado because prosecutors can also file cases in municipal courts, which aren’t tracked by the data provided.

Even though Colorado voters partially legalized marijuana for adults in 2012, there are still numerous marijuana crimes on the books. Possession of more than an ounce, cultivation of more than six plants and sales without a special state license all remain illegal and can be punished. But Tom Raynes, the executive director of the Colorado District Attorneys Council, said the state’s new marijuana laws are likely making it tougher for police to crack down on the remaining marijuana crimes. Because some marijuana possession and use is now legal, Raynes said that means police are no longer allowed to investigate in depth purely because they smell pot.

“Just because your car smells like marijuana doesn’t give an officer enough probable cause to initiate an arrest or a search,” Raynes said. The Post’s analysis shows that prosecutors rarely charged small-scale marijuana crimes on their own, anyway. For instance, of the 637 charges for petty possession of fewer than 2 ounces of marijuana filed in September 2012, only 13 percent — 80 — came in cases where the possession charge was the only charge. One year later, 10 of the 51 charges for possession of fewer than 2 ounces were single-charge cases.

Perhaps for that reason, there is no evidence so far that Colorado’s new laws on marijuana have resulted in a dramatic reduction in caseloads for prosecutors or police. Denver police, for instance, recorded only 3 percent fewer arrests for any crime in the first 11 months of 2013 when compared with the first 11 months of 2012. What also appears relatively unchanged is the treatment of petty marijuana-possession charges: It is far more likely that those charges will be dismissed by either a judge or a prosecutor than it is the charges will result in a finding of guilty for the defendant, according to the data. For the charges filed in September 2012, 79 percent were ultimately dismissed. In September 2013, it was 84 percent. But Raynes said those similarities belie the uncertainty police and prosecutors now feel when approaching marijuana cases. “With small quantities especially,” he said, “I think law enforcement feels like they don’t know which way to turn.” 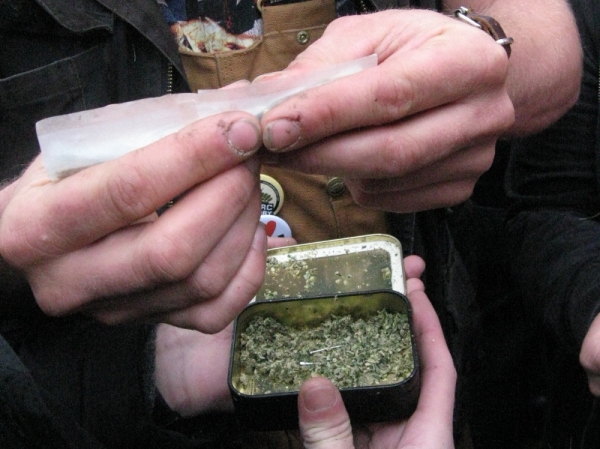 Mom And Dad Make Up 45% Of Medical Marijuana Patients

The Mystery Of Fibromyalgia Remains But The Cure Is Marijuana