Remember “toys for guns?” Well how about “joints for food?” The Associated Press reports that a medical marijuana dispensary in Santa Cruz County, CA has found a unique way to rake in canned food donations for the holidays — by giving away their primary commodity. The Granny Purps dispensary in Soquel has been handing out a free marijuana cigarette for every four cans of food donated by its patients. Each patient was limited to three cigarettes per day.

The promotion took place between November and Christmas Eve, and during that time, Granny Purps acquired 11,000 pounds of canned food — despite having a mere eight employees. They gave away 2,000 cigarettes, and all of the food was donated to the Second Harvest Food Bank.

It is a noble initiative, and also an impressive one. Usually when people give away pot for food, it’s something along the lines of, “okay dude, but only if you bring me a carne asada burrito.” This time? There was a room filled with people, food, and marijuana, and all of the food wound up at a food bank. Like we said — impressive. 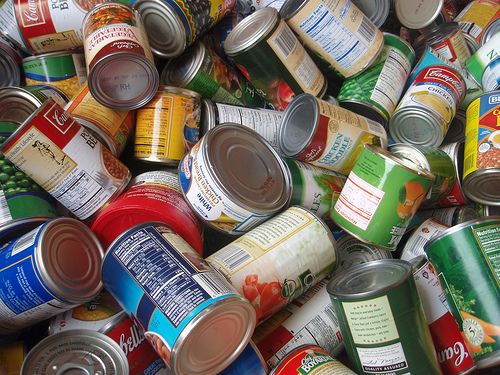 MA: A Look Inside The First Medical Marijuana Dispensary To Open...