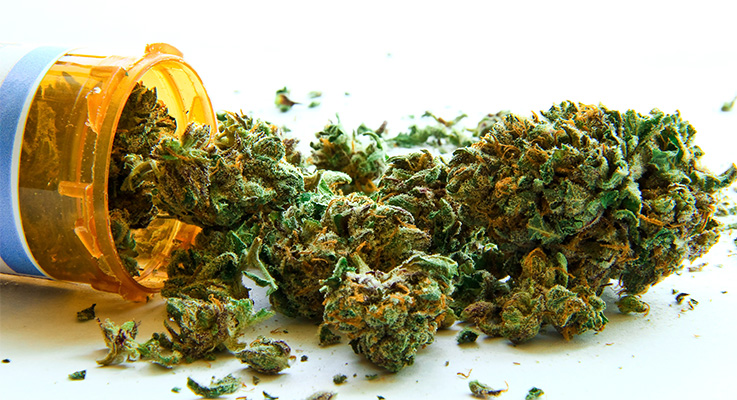 Marijuana is still illegal at the federal level, but it’s been growing by leaps and bounds at the state level. This has both industry enthusiasts and investors believing that we’re on the cusp of witnessing a major expansion of the industry in 2016.

Since California first passed a compassionate-use law in 1996, legalizing the use of medical marijuana for select ailments, two dozen additional states have followed suit. The list of ailments can vary from state to state, as can the medical-marijuana use method. Not all states allow for the sale of leaf cannabis and instead prefer oils, pills, or some other form of delivery. However, glaucoma, terminal cancers, and epilepsy are commonly approved ailments in most states.

For patients with chronic or potentially terminal illnesses, medical marijuana presents a new pathway to receive treatment. While the jury may still be out on its overall safety, we’ve seen what seem to be discernable positives for cannabis, or its cannabinoids, in treating sick patients.

The most notable and effective treatment just might be GW Pharmaceuticals’ experimental liquid medicine, Epidiolex. Epidiolex is a cannabinol CBD-based treatment administered via syringe dropper that contains no THC, the psychoactive component of cannabis that gets people “high.” In midstage studies in two different types of childhood-onset epilepsy, known as Dravet syndrome and Lennox-Gastaut syndrome, Epidiolex led to a reduction in seizure frequency of more than 50%. While the idea of using a CBD-based therapy on adolescents might seem odd, without the THC and with the aforementioned efficacy, GW Pharmaceuticals may have a winner on its hands. More importantly, select epilepsy patients may soon have a new treatment to choose from.

Medical marijuana, along with recreational marijuana in four states – Washington, Colorado, Oregon, and Alaska – has also been a tax-revenue boon for state legislatures. ArcView Market Research pegged legal marijuana sales at $5.4 billion in 2015 and estimates that industry sales can grow by approximately 30% per year through 2020. This would put legal marijuana sales on pace for nearly $22 billion and give states a new way to bolster their education, law enforcement, and drug abuse program budgets.

This coming November, up to a dozen states could be set to vote on a medical or recreational marijuana issue. However, for one state, November was too long of a wait.

Say Hello to the 25th State to Legalize Medical Marijuana

In late May, legislators in Ohio passed House Bill 523, which would legalize medical marijuana in oil, patches, edibles, tinctures, and plant material form but would not allow patients to buy the smokable leaf marijuana or grow it in their own homes for personal medical use. The bill also lays out recommendations for what 20 ailments – AIDS, cancer, epilepsy, and chronic pain, to name a few – physicians in Ohio would be able to prescribe medical marijuana for.

On Wednesday, after a seemingly endless wait that was in reality less than two weeks, Gov. John Kasich of Ohio signed House Bill 523 into law with about as little publicity as possible. The new law is expected to take effect 90 days after the bill is officially filed with the Secretary of State, although it could be some time for the medical marijuana infrastructure is in place to begin accepting eligible consumers.

For what it’s worth, in the past Kasich had suggested that he’d sign a medical-marijuana bill that got to his desk if the Food and Drug Administration determined the drug was safe and offered medical benefits. With that not happening (at least not yet), Kasich signing this bill signifies that he’s changed his tune a bit and is perhaps aligning his view with the public opinion on medical marijuana in Ohio.

Getting House Bill 523 signed into law is nothing short of amazing, considering how badly Issue 3, Ohio’s dual recreational and medical marijuana bill, performed during last November’s elections. When the votes were tallied, 65.1% were cast against the measure, which would have flipped the switch and legalized both the recreational and medical industry at the same time, and also would have established 10 predetermined grow farms to supply the state. Voters clearly didn’t like the oligopolistic nature of these predetermined grow farms, or the anti-competitive market it would have created, and firmly voted against Issue 3.

With the passing of this bill, Ohio becomes the 25th state to legalize medical marijuana.

Marijuana’s growth at the state level has been undeniable, and it’s very possible that ArcView’s legal sale growth estimates could be every bit correct. Compounded annual growth rates of 30% aren’t easy to find, which is why the marijuana industry is often quite the allure for investors. However, I’d suggest that before you consider throwing your hard-earned money behind cannabis, you take the following points to heart.

First, marijuana businesses are paying exorbitantly high tax rates on account of their tax status. States and cities are allowed to set their own tax laws, but the Internal Revenue Service remains the law of the land for the federal government. According to the IRS and U.S. tax code 280E, businesses that engage in the sale of illicit drugs cannot take normal business deductions. This means rent and other normally deductible costs are off the table for marijuana businesses. In short, they’re paying far more in taxes than the average non-marijuana business, which isn’t what an investor wants to hear.

Another consideration is that marijuana businesses have minimal access to outside capital. Just 3% of all banks in the U.S. have been willing to work with marijuana companies, probably because they’re federally insured, and they fear that by offering basic banking services to marijuana companies, they’d be laundering money and face potential prosecution from the federal government at a later date. The result is that expansion for marijuana businesses tends to be very slow.

Without any change in marijuana’s Schedule 1 status on Capitol Hill, an investment in marijuana companies seems far too risky. The growth of the industry certainly makes it worth watching, but until we see actual change come from Washington, there just doesn’t appear to be a smart way to take advantage of legal marijuana sales growth. 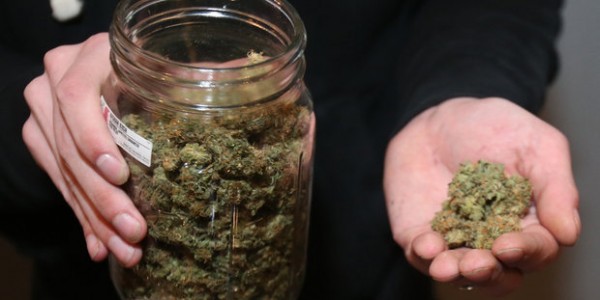 Is Smoking Pot While Pregnant Safe For The Baby