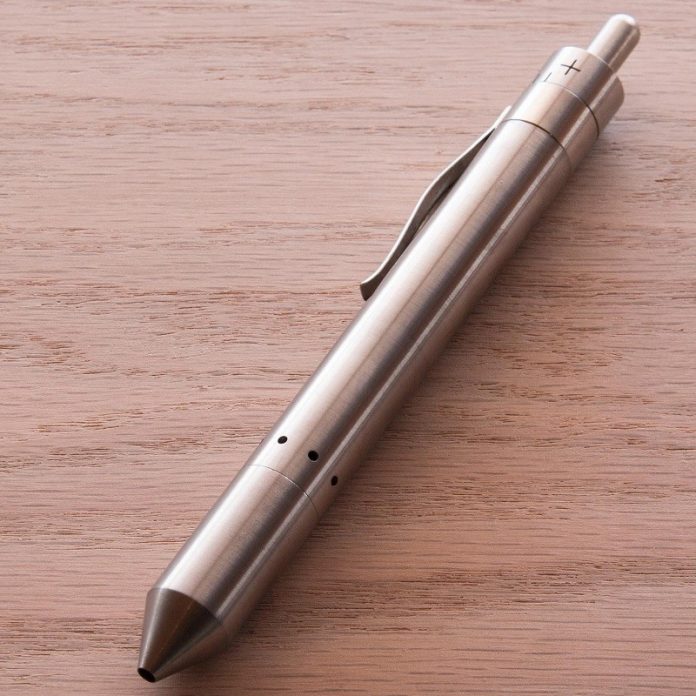 Since people began vaping the one thing they have been desperate for is a vaporizer that not only performs really well but that is also super discreet. It might have taken a while for this particular model to come into being – it in fact has the honour of being the first vaporizer to be backed by a crowdfunding campaign – but the Grasshopper vaporizer from Hopper Labs is a vape pen that well and truly ticks the box for discretion. Don’t be fooled by its tiny size however, the pen-like exterior of The Grasshopper vape hides a somewhat revolutionary concept in dry herb vaping. 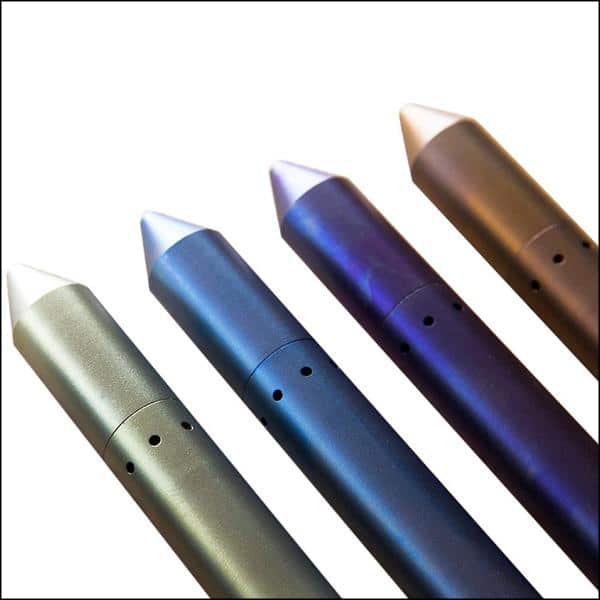 The Grasshopper
This is the ultimate in discrete vaporizers. The Grasshopper Vaporizer is slim and sleek – measuring just 14cm x 1.4cm – and could easily be mistaken for a pen. In fact it even has a clip that looks rather like a pen cap and makes it easy to attach it to your pocket. It weighs a little more than a pen but in terms of other vaporizers on the market it is one of the lightest portable models around – roughly 65 grams.

The Grasshopper comes in two different finishes – Stainless steel and Titanium (which is even lighter than the stainless-steel model at around 56 grams).

It might be hard to believe that such a small vaporizer could perform effectively but it does – and the fact that is does so quietly also adds to its discretion factor.

Temperature and heating options
To be honest for such a tiny vaporizers expectations were not set particularly high when it comes to heat output. However, this tiny beast of a vaporizer hides a rather powerful heater with a 45W heat output – so don’t be fooled by the tiny exterior. In terms of its size this is phenomenal. It’s worth remembering that some of the other bigger vaporizers out there run on 30W heaters. In any on-demand setting the Grasshopper vape takes in the region of 5 seconds to heat up. There is no other battery powered vaporizer than can beat this.

A word of warning however. If you are using the Grasshopper vaporizer for a long while, the mouthpiece can get rather hot. Fortunately, it has been created using silicone, so the lips are protected.

The Grasshopper doesn’t suffer from that most common of drawbacks that all too many of the other portable vapes fall foul of: a heater which does not provide consistent heating sufficient to keep up with continuous draws. The Grasshopper avoids this issue completely. A continuous vapour is produced regardless of how deep the draw is, and this means that you can have rapid doses without the need to wait for the reforming of the vapour.

The heating chamber itself is another surprise with the Grasshopper. Compared to the overall size of the vaporizer it is pretty huge. There is sufficient room to place 0.3 grams of herb into the chamber. Milled up you could in fact fit a little more in. Again, the consistency and distribution of the vapor you can achieve is quite impressive, and whether it is tightly or loosely packed you can still achieve an even vape with every hit.

Battery
The battery on the Grasshopper vaporizer isn’t huge, which can’t really come as a surprise. But it does charge in less than an hour. The charger which is supplied with is quite nifty in its design: it can be magnetically hooked to the back of the unit and then charges it via USB. However, it is easy enough to purchase a couple of extra batteries and even an external charger if you prefer more flexibility. This will then allow you to simply change batteries rather than plugging into a USB.

Maintenance
Cleaning the Grasshopper vaporizer couldn’t be simpler. simply removed the mouthpiece and the attachment, located where the nib of a pen would normally be found, and then dip completely into ISO. A little more care should be taken when cleaning the body of the Grasshopper vape as it can only be submerged in liquid up to a certain point.

Conclusion
The Grasshopper Vaporizer is the perfect vaporizer for anyone looking for the ultimate in discretion, and the results will more than meet your expectations. However, given the size of the Grasshopper, it is likely that you will want to purchase this as an out and about vaporizer rather than your main unit. It is however certainly something to add to your collection and makes a great vaporizer for either a beginner or an advanced vaper.