Maybe you’ve smoked a joint or two in your time. You liked it, and what’s more, it’s just been made legal in your state or country, fingers crossed! You are aware that the benefits greatly outweigh any negatives, and now you’re thinking of stepping up your smoke! You’ve seen a bong being used on television, but you don’t really know what goes into one.

Have you tried checking out some bongs and found yourself intimidated by shapes, accessories and functions you don’t know anything about? Well here we’re going to teach you the ins and outs of a bong so you can buy the right one for you.

What Goes into a Bong
First up, let’s take a second to talk about the different parts to a bong so you know exactly what you’re looking at and what to look for when you’re buying. Bongs come in all shapes and sizes with various attachments, accessories and add-ons. For a complete overview of a wide selection of quality bongs, check these out.

The Tube
The main body of the bong and the area where the smoke collects. It’s also sometimes called the chamber. It’s normally connected directly to the base and goes straight up to the mouthpiece.

The Carburator
In a basic bong, there’s a small air-hole that, when held down, creates a vacuum in the chamber which is how you gather the smoke, also called “cooking” the chamber. This is called the carburator, the carb-hole or sometimes the shotgun hole. When you release the air-hole and breath in at the same time, all that gathered, cooled smoke rushes into your lungs for a big hit.

The Base
Almost always filled with water, this is where the smoke enters the bong and cools so it can be consumed in the tube. It also cleans the smoke, removing the unwanted toxins. Bubbling up into the tube helps the denseness of the smoke, making you feel it more as it fills your lungs. The size and shape of the base compared to the tube is the difference in most of the kinds of bongs currently on the market.

You’ll find, after your session the bong water has turned a murky yellow colour. That’s the unwanted toxins and dirt that has been filtered out of your smoke, the benefit of a bong doing its job. Once you’re done, the bong should be cleaned out soon after.

The Mouth Piece
Kind of explains itself, doesn’t it. Once you’ve cooked you chamber to your desired density, this is where take that big, hearty draw from. The air-holes necessary to drawing the vacuum are usually on or near the mouthpiece.

The Downstem
This is the second tube, other than your chamber tube, which extends through your bowl. One of the more important pieces of the bong, the Downstem has to hit the base at an acute angle to the tube and the exit must be under the cooled water in order to bring that smoke down in temperature and clean it out.

The Bowl
Where you put your herbs to be burnt. It’s attached to the other end of the downstem and when the herbs are burning and you draw through the mouthpiece at the same time, the smoke is sucked through the downstem and into the base. Like the base, you’ll be left with a lot of residue in the form of burnt herbs and gunk by the time you’re finished, so make sure you clean it out regularly.

Knowing This, What Bong Should You Buy?

Bong Styles
So as we’ve said before, the biggest differences in bongs is in their base compared to their tube. They are not just a fashion statement; most of those designs do serve a purpose. There’s a good few different styles, but the main two are straight-style and beaker-style.

Beaker Style
Beaker Styles are usually the kinds of bongs you see on television. They have cylindrical tubes which extend out and upward from bases that look like scientific beakers, almost always spherical, but sometimes in a rounded pyramid. There’s still a downstem to tell you, but usually the water level in the bong won’t leave the rounded base.

Straight Style
A straight style bong is shaped in an even cylinder all of the way down the body, with no real discernible base to tell you where the water level should rise to. There’s still a downstem, and as long as the water is filled well above the downstem to give time for the water to cool, it’s a personal preference as to how much you want.

So Why Pick Either One?
As we said before, there’s a difference to these two styles and the differences could greatly impact your session and the way you want to smoke it.

With the beaker style, there’s more volume to play with, so you can take bigger rips and create larger and denser plumes of smoke to draw from.

The straight style however, with its cylindrical, un-contoured body, is easier to draw from, making it better to smoke in long sessions, especially if you’re a beginner.

If you’re buying a bong for the first time and you’ve only had a little experience or just smoked joints before, taking a look at these two different styles first would be the smart choice. There’s a bunch of other styles, but these two are the simplest and the most widely used. Check out all shapes and sizes of bongs here.

Other Styles of Bong
Sidecars
Sidecars are, for the most part, just a smaller kind of bong. It doesn’t really clear your smoke, help with the draw resistance or help you cook a denser chamber, but they, frankly, look incredibly cool and are much more portable than the other bongs because of its adjacent pipe that allows for more room. A very handy bong, but one that requires a little bit more of a learning curve.

Recyclers
Recyclers are known for their multi-chambered and complex design so don’t feel bad if one seems to intimidate you. After all, some of them look like props from a 50’s Sci-Fi film. As you’re drawing, a built percolator forms bubbles from the smoke which are popped within a different chamber of the bong. The popped water from the smoke bubbles then fall farther into the base in a special water holding section. Recyclers are called that because the bubblers take the smoke on a purifying loop around the chamber, allowing you the best pull. This is a great kind of bong, but a little more complicated, so we really wouldn’t recommend it for a first time buyer.

Other Tips
Glass Quality
If you can find information on the materials the bong is made from, always remember that the thicker the glass, the better. It doesn’t do anything for flavour or cleanliness, but out of all of the glassware in your house, trust me, your uncleaned bong is the last thing you want broken, especially if it cost you an arm and a leg. Getting the thickest glass with your bong as you can ensures a little protection from your future, half-baked self.

Downstem
There are two kinds of Downstem which you should look out for: natural and physical. Neither is truly necessary to a good smoke, but one is far better than the other, and that’s the one you’d probably get for a much higher price point, so if budget matters, keep an eye out.

Natural Downstem
Natural Downstems are usually built into the bong’s base and extend vertically down to meet the base near the bottom. If they are built into the bong, make sure you get a great one. If you are hoping to customize with something like a perculator (more on those later) then now is the time to think about it because once you’ve bought a natural downstem, you’re pretty much stuck with it.

Physical Downstem
Physical Downstems are glass tubes that can be removed from the base. Physical downstems are a lot easier to customize. Many higher-end brands will sell a variety of different physical downstems just to market to the individual consumer, so if you are looking for a bong with a downstem, we’d definitely recommend a physical one. It might be a little more expensive, but further down the line, when you’ve got a little more experience under your belt, you’ll know a lot more about percolators and ash-catchers and that’s where the option to customize will really come in handy.

Maintenance
Cleaning is very important for your bong and not taking proper care of it can ruin your experience in the long run. There’s a few holes and grooves that can clog with gunk and just making sure your base is properly washed out can make a world of difference.

For just general cleaning, we’d go with alcohol and salt. Non-toxic. Won’t seep into the flavour of your smoke, and does the job. Again, rinse out your bong after each use and once a week, give it a good cleaning. You do that, we guarantee you’ll have a bong that will last you a while.

Percolators
Okay, percolators are complicated, mostly because there’s so many different types and they all do something a little different to the flavour or density of your smoke. They’re also not completely necessary, so if you really are a first time buyer with a limited amount of experience, I honestly wouldn’t worry about it too much and think more towards the style of your bong overall.

Essentially, percolators are secondary water tools that fit into the tube of your bong. It is a secondary cooling centre that takes away whatever heat or harshness remains in your smoke. They’re always a benefit but as long as you get a little practice in you, you’ll find you’ll be able to smoke just fine without them.

There’s a staggering amount of difference in percolators: Showerheads, Palm Trees, Chandeliers, Fritted Disks. If you really want to spring for a percolator, do some extra research to find the right one for you. If you are looking to buy one, make sure you get a balance of drag resistance and smoothness to get the most out of your money. The drag resistance will help you inhale easier and the smoothness helps clean your smoke for a better draw.

There we have it, a complete rundown of what you need and should expect in your bong. 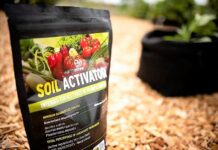 How To Wake Up Your Soil For Bigger Cannabis Yields 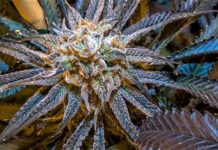 The Grasshopper Vaporizer: Hopping Its Way Into Our Hearts

The Grizzly Honey Dab Pen vs The Shatterizer Concentrate Vaporizer