Eliane Detraz, a 42-year-old Swiss national member of the Sibaratas Med Can club, rolls a joint at the plantation of the association in Spain's Canary Islands in April 2013. Gabriela walks into a large, dimly lit apartment, goes to a counter, buys a bag of sativa and sits on the sofa with her friends, joint in hand, like in Amsterdam. Except this is not Amsterdam. This is Barcelona, and the open sale of marijuana is illegal. Still, places like these are popping up all over the city and in many other European capitals like London, Paris and Ljubljana, Slovenia, part of a sneaky end run around Europe's widespread prohibition of pot. These "cannabis social clubs" are seemingly innocent nonprofit associations that only serve members, at least in principle. Call it a grass-roots movement, emphasis on the grass. "It's so convenient," says Gabriela, a 25-year-old secretary. "You pay a small yearly fee and then just come, pick what you want and sit around watching TV, playing video games, some fancy clubs even serve drinks and hot food." 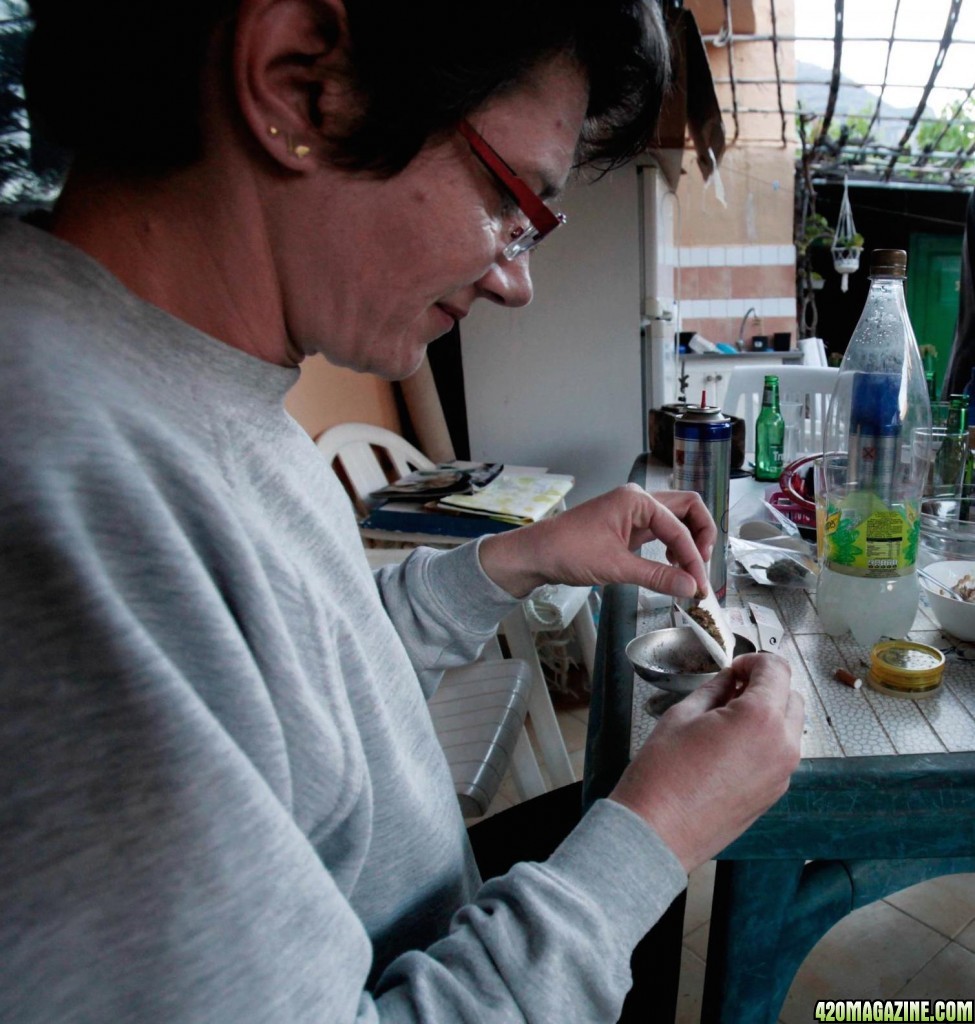