"With Washington state next to implement marijuana legalization and other states strongly considering enacting similar laws, we believe this marks the beginning of the end of the nation's decades long war on marijuana and its harmful human and fiscal toll," Ezekiel Edwards, a director at the American Civil Liberties Union, said in a prepared statement. - CNN - Leica Zayat at Evergreen Apothecary in Denver pictured 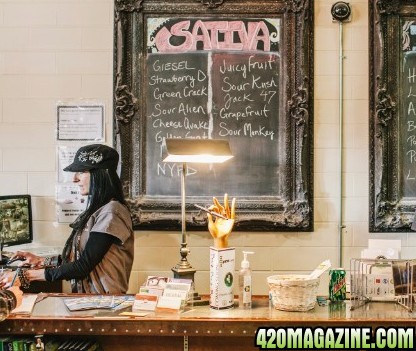