The approval of a marijuana derivative to ease seizure disorders in children came surprisingly fast in the state Legislature this spring, but sadly not soon enough for 7-year-old Lydia Schaeffer. Lydia died in her sleep Sunday at home in Burlington before she had a chance to try the treatment that her mother, Sally Schaeffer, fought so hard to legalize in Wisconsin. "I kept thinking to myself we've just got to buy Lydia some time, we've just got to buy her some time. And I guess we didn't buy enough," Sally said Tuesday.

She first contacted me in January to build awareness that a bill in Wisconsin to legalize medical marijuana was going nowhere. Quickly realizing it was a non-starter in the Republican-dominated Legislature, she focused her lobbying efforts on CBD oil extract, or cannabidiol, which has been shown to cause dramatic improvement for children in Colorado, where it was first used. Reassured that the substance was extremely low in the intoxicating THC, the Assembly and Senate both passed the bill and sent it along to Gov. Scott Walker, who signed it in April while Sally and Tom Schaeffer, their sons, Devin, 9, and Grant, 3, and Lydia stood around him with other supporters.

Demand for the edible oil, known as Charlotte's Web, is so high that the Schaeffers were told it would not be available for Lydia until fall. So they and other families have waited and hoped this natural substance would work better than the various heavy-duty drugs they have tried to help their children. It's believed that CBD quiets chemical and electrical activity in the brain that causes seizures. Lydia was born with a rare chromosome disorder known as Kleefstra syndrome as well as epilepsy and autism, and she lived with profound medical, developmental and behavioral challenges.

Most of her seizures came at night even as she looked to be sleeping soundly. That may be what happened in the predawn hours of Mother's Day as Lydia slept in her bed. Sally was in Door County with her mother for the weekend. Tom had looked in on Lydia about midnight and pulled a blanket over her. When he checked her again in the morning, she was dead. Sally was notified and she rushed home. On Friday, before leaving Burlington for her getaway, Sally had an appointment and then stopped at Lydia's school. Her daughter's autism left her without the capacity of understanding that her mother was leaving for two days, but Sally didn't want to go without seeing her, not realizing it would be for the last time.

"I told her that I loved her, and I hugged her and kissed her. I'm so glad I did it," Sally said. She and Tom were tireless advocates for their daughter, and they worked hard to improve people's understanding of the ups and downs of raising a special-needs child. In Lydia's obituary, they thanked the many caregivers, therapists, teachers and others who helped out. "She taught us about patience, what it's like to be inspired, and most of all we were blessed to witness miracles that otherwise we may have been too busy to notice," the obit says.

Sally remembered nursing her infant daughter in the days after learning she had serious health challenges. "I would sit in the quiet of her room and I would sing, 'You Are My Sunshine.' I'd tell her we're going to make it. We're going to do this. Mom is never going to give up." "When I testified in Madison, I said please don't take my sunshine away." In Lydia's honor, Sally plans to continue spreading the word on CBD oil. She said she was contacted by Sen. Robert Wirch's office this week and told they would try to have the bill she championed called Lydia's Law.

And Sally plans to start a foundation to help families afford the cost of the oil and of visiting the holistic doctors willing to prescribe it. For more information and to donate, go to lovinglydia.com. Visitation is Friday from 4-8 p.m. at Schuette-Daniels Funeral Home in Burlington. Mass will be at 11 a.m. Saturday at St. Mary's Catholic Church in Burlington. Tom and Sally lived with the reality that death could come suddenly for their daughter as part of her seizure disorder. When Sally learned about children helped by the cannabis oil, she had to make it happen. She contacted legislators and urged others to do the same. "I'll be honest," Sally said. "When somebody tells me something is not going to happen, I'm a bull. I show them they're wrong, that it can happen. "I think that's what bothers me about Lydia's death. I wanted to show people that despite all her illnesses and her odds, I was going to make it happen. Part of me feels like such a failure that I couldn't do it for her. I couldn't make her live." I witnessed Sally Schaeffer in action, and I can tell you it's not for lack of trying or the love of a mother for her child. 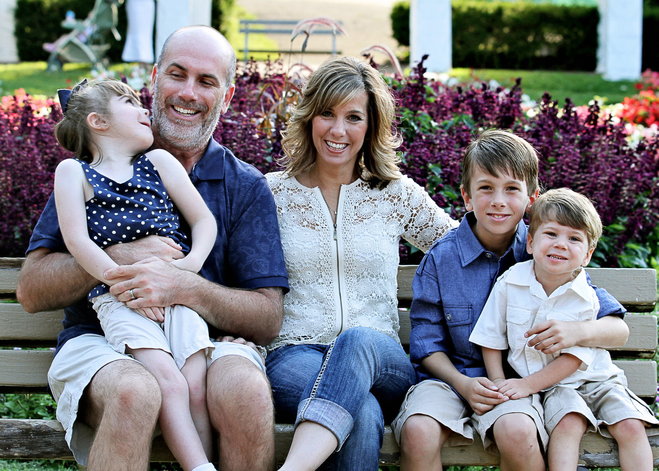 Hello my name is omar. I'm so sorry to hear a bout your daughter my heart and prayers go out to your family. Lydias legacy will live on because you workin to help others that need this law to pass. So I commend you. R.i.p lydia
-onelove-

May 15, 2014
greener
G
J
Wisconsin: Law That Legalizes Cannabis Oil Is Not Enough

May 21, 2014
The General
T
T
Girl At Center Of Fight To Legalize Cannabis Oil Dies At Age 7

May 15, 2014
The General
T
J
The Case for Legalizing Medical Cannabis for Kids