VANCOUVER – Jailed marijuana activist Marc Emery is suffering from a "superbug" infection called MRSA, leaving his wife seriously concerned for his health as he serves at least three more years in a Mississippi prison.

While his initial outbreak has been treated, methicillin-resistant staphylococcus aureus is a staph bacterium that can cause infections that are resistant to most antibiotics.

MRSA is highly contagious and has become a widespread problem in prisons and hospitals, according to the U.S. Centers for Disease Control website.

Emery, known as Vancouver's "prince of pot," is serving five years for conspiracy to manufacture marijuana through his mail-order cannabis seed company. He was extradited to the United States last year and is expecting an early release date of July 9, 2014.

While Emery is trying to stay safe by washing his hands frequently and avoiding injuries, Jodie worries the MRSA could lead to fatal complications.

"Marc suffering this sort of dangerous infection after being extradited and imprisoned in the U.S. – after harming nobody at all – proves the insanity of war on marijuana," Jodie said.

"Peaceful, non-violent people like Marc are being put in harm's way because of prohibition."

Emery has been keeping busy in jail, learning bass guitar for a prison band called Stuck. Another group of prisoners wrote a song about him called Prince of Pot after seeing Tommy Chong wearing a Free Marc shirt on CNN.

"He's in really good spirits emotionally," Jodie said. "Trying to stay positive is the hardest thing for both of us."

Emery was transferred from a private facility in Georgia to a jail outside Jackson, Mississippi. in April. His request to be moved to a Canadian prison was rejected. He will be eligible to apply again in two years.

He began selling marijuana seeds in Vancouver in 1994, and was a founding member of the Marijuana Party of Canada. He was arrested in 2005 by Canadian police acting on a request from the United States Drug Enforcement Administration.

He has received thousands of letters of support from all over the world, Jodie said.

"When medical marijuana was first legalized in California in 1996, he sent seeds down to people who really needed them," she said. "We get letters from people who say, 'Marc Emery saved my life.'" 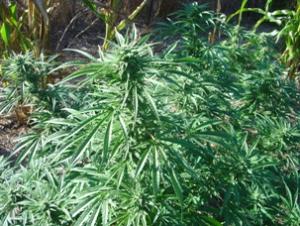