Scott Miller and Andrew Kotyuk are ready to talk about anything – but pot.

The San Jacinto Council members do not smoke marijuana, but as leaders of the only city in the western Riverside County that has approved laws to allow cannabis cultivation businesses, they say that's all anyone wants to talk to them about.

As Californians voted to approve the recreational use of cannabis in the November election, San Jacinto voters approved a plan laying out taxes and fees for businesses that grow pot.

Since that day, and much debate – many of it heated and emotional – the council has put in place parameters that will allow three indoor and three outdoor cultivation businesses in the city.

San Jacinto's ordinance is unique, as most cities that allow such businesses restrict them to medical marijuana and indoor cultivation.

"It's for cannabis, period," Kotyuk said. "Obviously, our focus is more toward medical."

He added that San Jacinto is an agricultural area that offers plenty of sunshine to grow plants – including cannabis – outdoors.

Now that rules have been agreed to, City Manager Rob Johnson and his staff are creating an application process. He said applications will be available starting Monday, July 10.

"Most likely, these operations will be up and running in early 2018," he said.

Miller, who is serving this year as San Jacinto's mayor, said the application process – including the cost of licenses – is a key to success. He said it won't be a "first-come, first-serve process."

"It's not going to be like Black Friday with everybody sitting outside of City Hall waiting for the first application," he said.

"We need to create an environment where the good business people thrive and the illegal ones don't want to come here."

It has been estimated that cannabis cultivation businesses could add $3 million annually to the city's coffers through fees and taxes.

In voting to allow cultivators, the council approved a non-binding resolution stating the revenue can only be spent for public safety, street/road repairs, economic development and the creation of a Cannabis Oversight Committee.

And, for now, whatever is grown in San Jacinto won't be sold there, as there is not yet an allowance for any dispensaries.

The city will have to comply with state laws, which are still being developed. Proposed rules on commercial cultivation are making their way through the approval process.

Any businesses the city permits also will have to also get state licenses, which are expected to be handed out starting Jan. 1.

"We built flexibility to move with the state law," Kotyuk said. "Whatever is existing today (could be) much different next year when they go live."

Federal law is another hurdle. Although California has joined other states in legalizing the recreational use of marijuana, the federal government still considers it illegal.

"One of the biggest questions I've had through this whole process is the collision of federal law and the state law," Miller said.

Businesses will be tightly regulated

Residents opposed to marijuana businesses expressed concerns about pot being available to children, but council members said illegal marijuana will be around whether or not legitimate businesses are allowed, and regulating cultivation will help stem illegal growers.

Miller said fears the city will become the Wild West with marijuana shops on every corner and drug lords overseeing sales are unfounded.

"Once (residents) see the revenue is there and the increase in crime is not happening, that change in perception will come," he said.

Kotyuk called controlled, regulated cannabis businesses "a better alternative than what we have out there now."

"If we do it right, it's a good thing and we're leading the way in doing it," Kotyuk said.

Miller and Kotyuk said marijuana businesses will not look different than any other manufacturing company in the city, and they will likely be much more secure.

The area set aside for outdoor cultivation is west of Sanderson Avenue and north of Cottonwood Avenue. Miller said "outdoor" cultivation is a bit of a misnomer – it just means plants will be grown in greenhouses as opposed to inside a facility.

The light industrial area where indoor cultivation businesses will be is roughly in the area of Esplanade Avenue, between State Street and San Jacinto Avenue.

San Jacinto is at the forefront

San Jacinto is the only city in the Inland region that has set parameters for cannabis businesses. Coachella Valley cities Cathedral City, Coachella and Desert Hot Springs already allow indoor cultivation, as do Long Beach and Los Angeles. Meanwhile, the High Desert city of Adelanto, wants to be known as the "Silicon Valley" of medical marijuana.

"It puts us way ahead of the curve," Miller said. "Other cities are looking at us right now asking 'if San Jacinto makes it, what is their model?'"

Kotyuk and Councilman Russ Utz trumpeted the benefits of marijuana businesses from the time the law passed. Alonso Ledezma was firmly against any pot businesses and Miller and Crystal Ruiz were leaning that way before everything was approved by a unanimous vote.

"I struggled with it, huge," Miller said. "This was no easy walk for me."

But he said the plan is a good one and studies have shown him there are benefits to medical marijuana.

"Your perception evolves through the process," he said.

Miller and Kotyuk see cannabis cultivation businesses as another piece in the renaissance of San Jacinto. The city went through tough economic times, closing parks and cutting public safety, but appears to be on the rebound.

A new casino being built by the Soboba Band of LuiseÃ±o Indians north of the city, as well as construction projects at Mt. San Jacinto College, two county road projects that will bring more access, and a levee project that would open up commercial opportunities in the city's northwest – along with some of the last vacant land where homes can be built in the county's southern region – are all seen as economic drivers.

"This is another domino that's falling for San Jacinto," Kotyuk said. "As dominoes fall, there's acceleration." 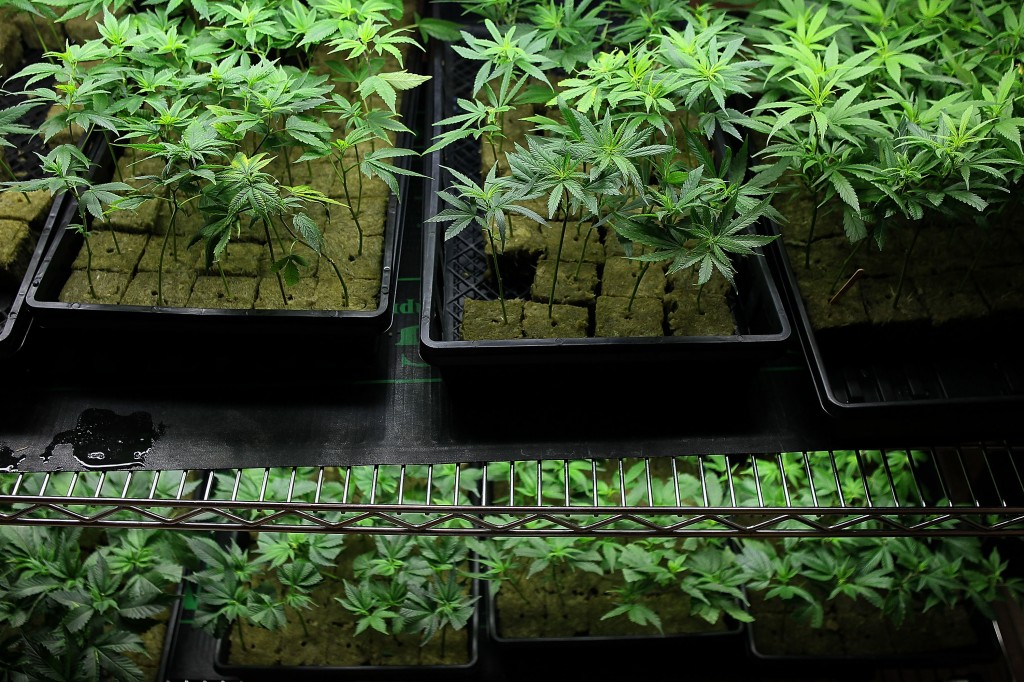 Dec 1, 2016
Katelyn Baker
K
K
The Legal Cannabis Business Will Be As Complicated As Everything Else In California