"This is not Cheech and Chong," Kotyuk said. "This is a biotech doctorate and masters who work with highly trained technicians in a medical environment."

The City Council voted last week to increase the number of cannabis businesses from six to 16.

San Jacinto already has given preliminary approval to three license requests for outdoor cultivation and three more for indoor, which had been the limit. Those have gone to five companies, one that applied for both indoor and outdoor operations.

But with more companies wanting to come, those limits were raised to eight each in a 3-2 vote of the City Council on Tuesday, Sept. 19. Kotyuk, Crystal Ruiz and Russ Utz approved the increase. Scott Miller and Alonso Ledezma voted against it.

San Jacinto has taken the lead among Inland cities when it comes to Prop. 64, which legalized recreational marijuana in California. Local voters approved taxing cannabis, and city leaders have spent more than a year crafting ordinances.

Specific areas have been set aside for both indoor and outdoor cultivation and extra police will be hired.

The next big debate will come over dispensaries. Currently, there is no provision to allow commercial sales of marijuana, something Kotyuk wants to change.

He said there are two dozen illegal dispensaries that have popped up around the San Jacinto Valley and as soon as one is closed, another opens

He said licensing dispensaries will make it easier to shut down illegal operations.

During a workshop Monday, Sept. 18, cannabis business operators gave a plea for dispensaries as they touted the medical benefits of marijuana and the safety of their facilities.

"Don't fall victim to the stigma of dispensaries," Christopher Henry, from SC4, the Southern California Cannabis Chamber of Commerce, told the council.

The need for more licenses came because of demand. The requests came from companies that operate elsewhere in California or in other states.

"We felt eight and eight was a comfortable number," Kotyuk said, saying infrastructure is in place to handle the increase.

More permits mean more revenue for San Jacinto, which not long ago closed its parks and shuttered a fire station – all of which have been reopened. The fee just to apply is $16,500.

Kotyuk said some of the businesses could be in operation by the end of the year, especially outdoor operators who work from greenhouses and don't have to construct large facilities.

But not everyone is in favor of more licenses.

Ledezma, who has been against cannabis businesses from the start and did not attend the workshop, wrote a letter to his colleagues saying he did not want any increases.

"Please touch your head and think the damage that we are about to cause to this city," he wrote.

Joe Aragon, a drug and alcohol counselor, said at the workshop that he has seen the effects of drug abuse

He asked that cannabis businesses put money aside for education about the negative effects of illicit drugs, something operators said they do.

Despite the year-long efforts, marijuana laws continue to be a moving target. Operators and cities are waiting for definitive rules from the state and marijuana remains illegal under federal law.

"There are a lot of changes all the time," San Jacinto City Manager Rob Johnson said. "We're trying to keep ahead of those." 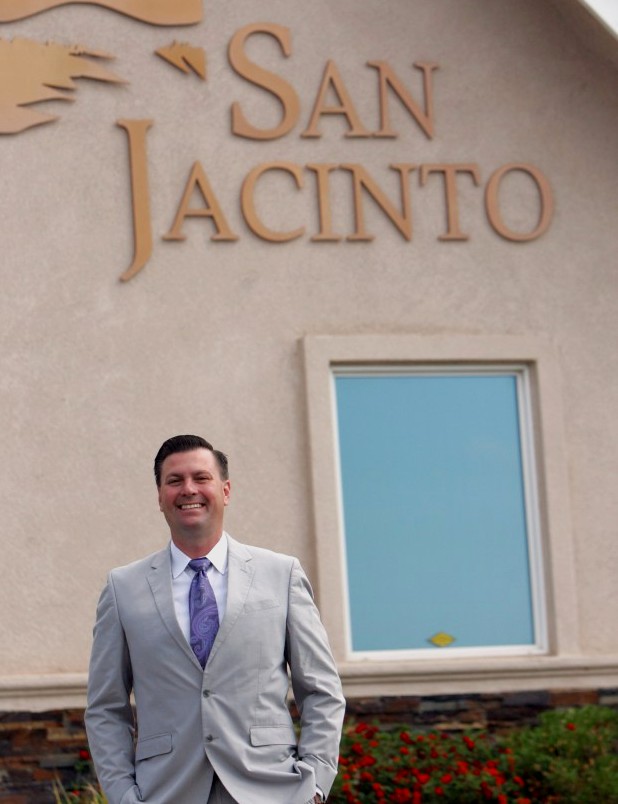