Morristown — A Morris County author just released his fourth cocktail book, but this time he's substituted the bitters for something a little different.

Morristown "Cocktail Whisperer" Warren Bobrow's "Cannabis Cocktails, Mocktails, and Tonics: The Art of Spirited Drinks and Buzz-Worthy Libations" debuted earlier this month, and is a guide to adding marijuana to mixed drinks.

Bobrow, 55, said he was partially inspired to create the book by a family background in the pharmaceutical industry.

"My grandfather made a well-known brand of 'snake oil' that was in every medicine chest in America," Bobrow said. "It did nothing, but it made him a wealthy man."

Bobrow, who grew up in Morris Township and went to Morristown-Beard, said he was raised with an emphasis on natural healing. Which is why he enjoys creating cocktails he says have natural healing methods, something he said marijuana can add to a drink.

"Cannabis is vilified but can be used as healing," Bobrow said. "Cannabis may well be the only ingredient that actually did anything (years ago)."

Bobrow said he always planned to write a marijuana-themed cocktail book, as it mixes two things he knows well. A chef with a background in wine and history with marijuana, Bobrow said he has a palate for flavor that makes him the right person to pen this book.

"I've used pot since I was 13 years old. And I don't like to drink traditionally, though I work with liquor," Bobrow said. "Cannabis for me is easier to control. It treats me nicely, plays very nicely. And it also plays well with alcohol."

While the book may create some controversy for its subject matter, Bobrow said edibles like "pot brownies and candies" are much more dangerous than adult cocktails, as they appeal to a younger audience.

"Adult cocktails are serious. It sends a different message," Bobrow said. "This is not a book for someone looking to get high quick."

Bobrow stressed that all of his research and experimenting for the book was done in U.S. locations where marijuana use was permitted.

"I didn't do any of this in New Jersey. I do not have a cannabis card, so I don't touch anything in New Jersey. I wouldn't dare," Bobrow said. "New Jersey is slow to the party, things haven't changed a lot since the 1700s. As far as cannabis is concerned this is a very conservative area and that's not changing."

For anyone planning to utilize the book in New Jersey, Bobrow stressed to get a medicinal marijuana card and go through the proper channels.

"This is a very specific book. In New Jersey to use it legally you have to be part of the medical cannabis community," he said. "I know it's illegal (in New Jersey) and (readers) know it's illegal. But of course I can't control what people do with it."

"I didn't make the book to be a stoner book," Bobrow said. "These are legitimate cocktails that happen to have cannabis as an ingredient. I stress in the book not to take more than one (drink) per hour."

Two recipes he singled out from his collection were the Thai-Spiced Ginger Beer, made with an ounce of medicated simple honey syrup, and the Mezzrole Cocktail, a bourbon drink that uses half an ounce of cannabis-infused vermouth.

The recipes are all his own, and while the cocktails work with all variations of marijuana, specific strains are recommended for each. For the Thai-Spiced Ginger beer, he selected the strain "Tangle," while he believes the Mezzrole works best with a "Sativa-Indica" hybrid.

Bobrow said the book was thoroughly vetted by the legal team of his publisher, Fair Winds Press, before launching June 1.

"A book like this hasn't been published before," Bobrow said, adding it's already been translated to French and Dutch. "I know it's going to do well, it's just a matter of how and where."

Bobrow said he is working on a fifth cocktail book, which he said will be a compendium of his previous works. 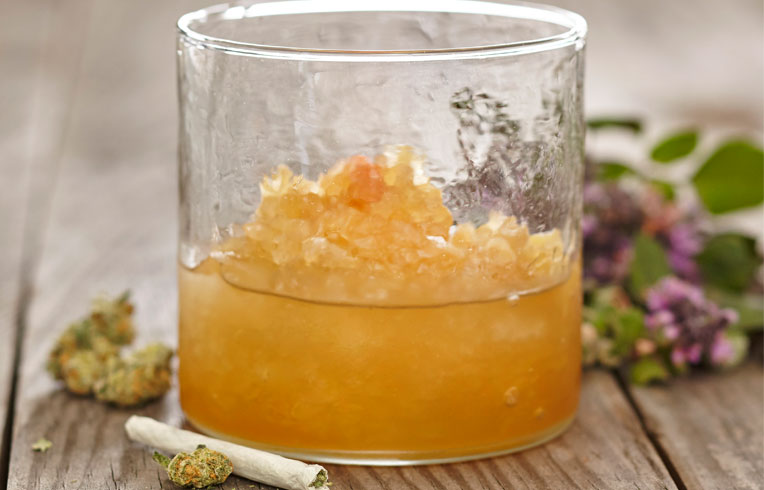 CA: Would You Drink A Cannabis Cocktail

What, Exactly, Is The Difference Between Sativa And Indica Strains Of Weed?