Most people are familiar with coffee cafes in Amsterdam, where smoking pot is allowed in designated places, but a new movement is on the rise across various European cities called cannabis social clubs. Not all European cities have the same laws for the use of marijuana, according to a report today by UALR Public Radio. But where CSCs are semi-legal, they are stretching the legal boundaries by operating as not-for-profit. The expansion of these clubs are exploding in Spain and have local authorities working overtime to curb their growth and safety for consumers and residents. Recently these new groups have clashed with local authorities who see such activities as drug trafficking.

Just a few months ago the El Pais reported in June that a judge, in the region Catalonia, ordered one of these clubs closed because "it was engaging in drug trafficking." Some clubs have been found promoting on the streets by handing out flyers hoping to gain new members, a tactic which is illegal. While some clubs are ignoring regulations, it appears that Spain is taking the lead as a major hub for these cannabis social clubs, and government investigations concluded more than 700 clubs exist throughout Spain.

Although Spain allows small amounts of cannabis for legal use, areas of trafficking, cultivation, and promotion of consumption are not allowed. The clubs provide more than just a private place to relax and smoke weed, some clubs provide great food and drinks. Gabriela, a secretary, told NPR, "It's so convenient, you pay a small yearly fee and then just come, pick what you want and sit around watching TV, playing video games ... some fancy clubs even serve drinks and hot food."

Not all European cities regulate marijuana use the same, but Joep Oomen, founder of a CSC in Belgium believes a bigger reason more cannabis social clubs are on the rise is because, "cannabis social clubs are the best alternative to a strict government monopoly or the large-scale legalization, which tends to incentivize consumption and benefit only big companies."

For now multiple groups in Spain are working together to acknowledge that social cannabis clubs need regulation in order to provide safe practices, and are hoping further regulations will also help them avoid illegal practices. The Federation of Cannabis Association has a campaign out for the regulation of cannabis social clubs. A few of the regulations open for debate with authorities include: hours of operation, maximum number of card-holders, distances from schools, and other environment safety issues. 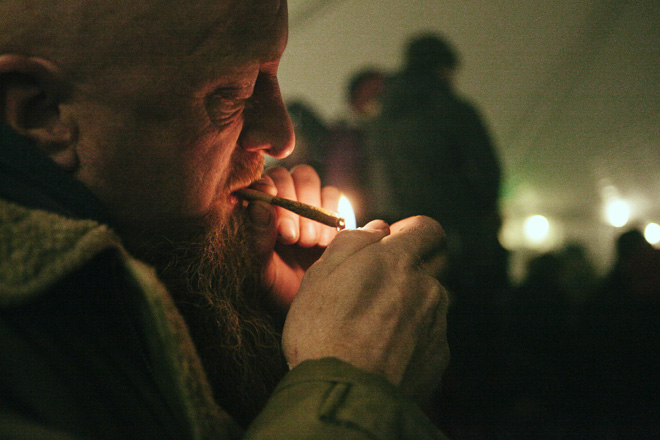