Cannabis Thrives in an Afghan Province

KHWAJA GHOLAK, Afghanistan — Amid the multiplying frustrations of the fight against drugs in Afghanistan, the northern province of Balkh has been hailed as a rare and glowing success.
Balkh Province is a top cannabis producer in Afghanistan. Two years ago the province, which abuts Uzbekistan and Tajikistan, was covered with poppies — about 27,000 acres of them, nearly enough to blanket Manhattan twice. This year, after an intense anti-poppy campaign led by the governor, Balkh’s farmers abandoned the crop. The province was declared poppy free, with 12 others, and the provincial government was promised a reward of millions of dollars in development aid.

But largely ignored in the celebration was the fact that many farmers in Balkh simply switched from poppies to another illegal crop: cannabis, the herb from which marijuana and hashish are derived.

As the Afghan and Western governments focused on the problem of soaring Afghan poppy production, which hit record levels this year and remains a booming industry, cannabis cultivation increased 40 percent around the country, to about 173,000 acres this year — from about 123,500 acres last year, the United Nations said in an August report. And even though hashish is less expensive per weight than *****, the report said, cannabis can potentially earn a farmer more than poppies because it yields twice the quantity of drug per acre and is cheaper and less labor intensive to grow.

“As a consequence,” the United Nations report warned, “farmers who do not cultivate poppy may turn to cannabis cultivation.”

Many farmers in Balkh have done just that, officials and residents say, and the province now has one of the most bounteous cannabis crops in the country.

The plant is certainly not hard to find. It lines the main highways leading into Mazar-i-Sharif, the provincial capital, and is visible to passing drivers. The crop’s chief byproduct, hashish, is sold openly at many roadside fruit and grocery stands, particularly around Balkh, the ancient citadel town about 15 miles west of Mazar-i-Sharif.

Late on an October afternoon, Muhammad Ayud, 30, a kindly sharecropper, was finishing a day of work at the three-acre parcel he farms here in this poor village just outside the town of Balkh. His plot was covered by a forest of cannabis plants, some more than nine feet tall.

“This is nothing,” he said, gesturing toward the towering plants. “If you give it real fertilizer, you’d see how tall it grows!”

Last year Mr. Ayud’s parcel was mostly poppies. But his crop was wiped out by government officials during a campaign led by the provincial governor, Atta Mohammad Noor, who jailed dozens of growers for disobeying him and personally waded into several poppy fields swinging a stick at the flower stems.

Mr. Ayud, one of only two wage earners in his 16-member family, lost most of his expected earnings for the year, about $1,000, he said.

This year he planted cannabis instead, with some cotton as a fallback in case the government followed through on its promises to eradicate the illicit crop. It was a return to a family tradition, he said. His father and grandfather grew cannabis here.

Mr. Ayud said he knew it was illegal to grow cannabis, but that it was the only crop that would produce enough profit to feed his family. “I don’t have anything else to grow,” he said. The difference in potential earnings is vast: cannabis can earn about twice the profits of a legal crop like cotton, local officials say.

Farmers in this region have cultivated cannabis for more than 70 years and, by the estimates of several Balkh residents, at least half the adult male population smokes hashish. Resinous, pungent and black, the hashish is sold in thin, palm-size sheets that resemble large tire patches and sell for about a dollar each. Hashish from this area — called Shirak-i-Mazar, or Milk of Mazar — was once prized by smokers around the world, though its primacy has since been supplanted by varieties from other countries.

Many farmers here, as elsewhere in Afghanistan, process the cannabis into hashish in their homes, then sell it to traffickers who come to their doors to pick it up. The best hashish is exported, residents here say, while the inferior stuff is consumed nationally.

Mr. Atta says he has a plan to eradicate cannabis next growing season. Farmers have begun to harvest their current crop, and officials say they do not want to destroy the farmers’ livelihood without giving them time to plant an alternative.

“Marijuana is not difficult to control, like poppy,” the governor said in an interview in October in his vast, opulent office in Mazar-i-Sharif. “It’s very easy to eradicate. It’s a very simple issue.”

But Mr. Atta said he was still waiting for the development money that the central government and international community had promised Balkh in return for ridding itself of opium poppies. The money — he puts it at more than $5 million; officials in the central government say it is closer to $3 million — is earmarked for a range of projects including rural development programs to promote farming alternatives to poppies and cannabis.

Mr. Atta cautioned that unless the money arrived promptly, he could not guarantee that the farmers would eschew poppies.

“It’s the responsibility of the central government and international community to improve the lives of farmers, which they aren’t doing,” he said. “Well, we’ll try our best to not let them grow poppy, but it’s going to cause problems.”

Many farmers around the town of Balkh suggested that forswearing cannabis might be harder than poppies. Not only are cannabis and hashish a more integral part of their customs, they said, but beyond cannabis there are no profitable alternatives.

The farmers said they would not grow cannabis only if the government provided an alternative source of livelihood, or improved the market for their legal crops.

“If, in the future, the government helps the farmers — and really helps — we will destroy all the poppy and cannabis,” said Hoshdel, 40, a well-weathered farmer in Khwaja Gholak who has nine children. “If they don’t help us, I swear I’ll grow it.”

Hashish from this area — called Shirak-i-Mazar, or Milk of Mazar — was once prized by smokers around the world, though its primacy has since been supplanted by varieties from other countries.

This hash would rate up there with the best Kashmiri or Nepalese. It is an iconic hash that was brought to fame by the stoner nomads of the 60's and 70's
Last edited: Nov 18, 2007
D

From a farmer's point of view, he did it good for a fallback on cotton. But in some areas to my knowledge the government officials can be bribed a part of the earnings to let the crop going. However its the region's climate and the land that really supports Cannabis so he could get it 9 feet tall without any medication and fertilizers.
Cannabis has an instinct to grow rapidly in suitable environments and Afghan region certainly provides that. As for hash rates, due to recent earthquake in Nepal, rates are expected to rise.

Rates are still the same..12 grams of finest hash for 10 bucks. But really there is nothing special about it, same buzz and same flavor every time .

I think MJ is more fun, there are alot of ways to play around and kids love to play.

These days MJ is also getting plenty of attention over there and in neighboring countries, people have started growing their own weed and its also available in black market.

Fun part: 95% of the hash smoking community over there who have been smoking for decades have never seen a cannabis plant in their life neither know how it's produced. But it's the most popular drug. 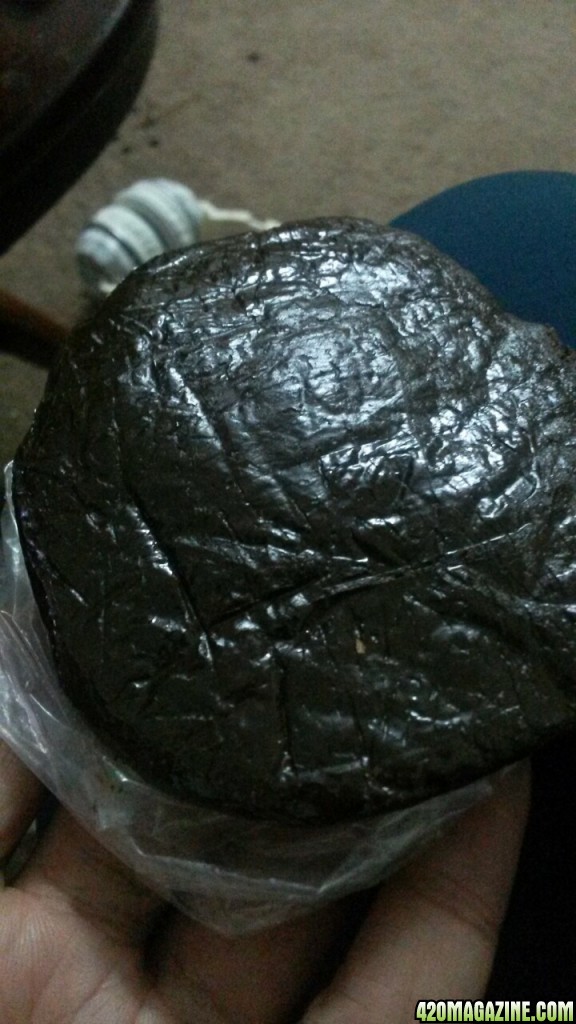 Cannabis Is The New Drug Of Choice For Afghanistan's Farmers

Be Patriotic - Fight the Taliban by Buying Afghan Hash.