The cannabis industry has become a growing component of Colorado's economy - and it's also become a major contributor to charitable efforts. The Clinic held its seventh annual Clinic Charity Classic at Arrowhead Golf Club last week; every year proceeds from the tournament are donated to aid in the fight against multiple sclerosis. And every year those proceeds grow.

The National Multiple Sclerosis Society is the largest private funder of MS research worldwide; over the last few years, the organization has raised over $50 million dollars.

Out of all the businesses involved in the MS Society's fundraisers every year, the Clinic is the largest contributor to the Colorado Wyoming chapter, according to Kaylin Daniels, director of teams and event giving for that chapter. "They're the largest corporate fundraiser we have," Daniels says, noting that the Clinic's contributions "have almost continued to double every year."

Last year, the Clinic raised approximately $94,000 through Walk MS and the golf tournament. The final number for this year's event has not been tallied, but the goal was to increase that number by 25 percent or more. This year the Clinic-organized tournament had 144 golfers, with two dozen companies participating - including business competitors.

According to Ryan Cook, the Clinic's director of operations, MS hits home for many on the staff. "We used to do this as just a group of buddies," he explains. "When we started the Clinic, the first 23 employees were all college friends. We all went to CU together." Then a friend of theirs experienced a major loss when his father passed away due to progressive MS; in college he'd fallen in love with a woman who was also diagnosed with MS.

The friends and colleagues started participating in the MS walk in solidarity and support. "As a group we used to raise $2,500 and that was pretty awesome, but now raising over $100,000, we continue to push for corporate sponsorship and really bring in big donation dollars," Cook says.

The fundraising goes beyond the walk. The Clinic has a page on its website called the Clinic Cares where people can donate to MS all year. But the tournament is the company's biggest push.

"It's a real community and industry event; It's not just the Clinic's event," Cook says. "We don't pick who gets to come or try to be protectionist. I want as many people to be able to come out and participate as possible. We want dispensaries and our competitors, we want everyone to be included here."

The money from the Charity Classic will go toward classes and other support for people with MS, as well as fund research.

The National MS Society supports medical marijuana and continuing research to see if cannabis can alleviate pain and discomfort for MS patients.

"The Society supports the rights of people with MS to work with their MS health-care providers to access marijuana for medical purposes in accordance with legal regulations in those states where such use has been approved," the National MS Society states on its website. "In addition, the Society supports advancing research to better understand the benefits and potential risks of marijuana and its derivatives as a treatment for MS." 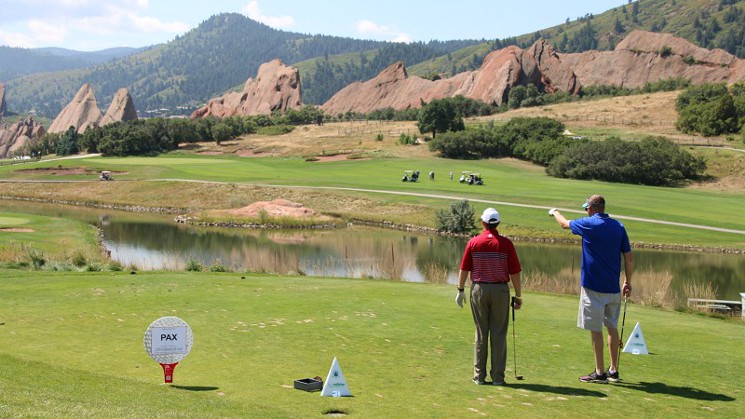 Can Cannabis Compounds Slow The Progression Of Multiple Sclerosis?