For the second time in less than three years, the Town of Palmer Lake will ask voters whether it should become the second El Paso County municipality to legalize recreational marijuana sales.

A group called Regulate Palmer Lake petitioned to have a question put on the Nov. 8 ballot, asking town residents if it should legalize "commercial marijuana by permitting the establishment of retail (recreational) marijuana stores." According to Cathy Green, the Palmer Lake town administrator, the group needed about 100 signatures to push the measure to the voters. She said they got well more than that amount.

Green said the organization submitted multiple petitions in June and left the town council seeking advice about its next move.

"The reaction was primarily a lot of questions for the town attorney," Green said. "(The council) was given a choice. Pass it themselves, which they chose not to do. And the other choice was to send it on to the county."

The El Paso County Clerk & Recorder's Office confirmed this week that the petitions and ballot questions were legal and they would be on the November ballot. Along with the question about pot stores, Regulate Palmer Lake also successfully petitioned to ask voters whether Palmer Lake should impose "an additional sales tax of 5 percent on the sale of retail (recreational) marijuana" and related products.

According to its website, Regulate Palmer Lake believes that such a tax on marijuana sales would generate $500,000 in tax revenue during the first year. The organization said in its petition that it would encourage town council to allow just one recreational marijuana store licensee per every 2,000 adult residents.

The website argues that recreational pot users in northern El Paso County "often are traveling past Palmer Lake to spend their money in Denver." It goes on to say that having at least one marijuana store in Palmer Lake would bring business to other local establishments and add more jobs to the Palmer Lake economy.

Regulate Palmer Lake, which is led by mother and daughter Melissa and Brenda Woodward, also would like the town to limit operating hours for stores and only allow existing marijuana businesses to be licensed.

During its municipal election in April 2014, Palmer Lake asked voters in the town of about 2,500 people if they would allow recreational pot sales. The town set a record for voter turnout. And the people voted against legalizing marijuana sales, 538 to 481. Prior to that vote, Salvatori had told The Gazette that he planned to pursue a recreational marijuana license.

If Palmer Lake permits recreational sales, it would join Manitou Springs as the only municipalities between Denver and Pueblo that have legalized recreational stores.

Maggie's Farm, at 141 Manitou Ave., was the first store in El Paso county to be licensed and opened for business in late July of 2014. Manitou Springs' second store, Emerald Fields, opened its doors on April 1, 2015.

Voters across the state approved Colorado Constitutional Amendment 64 in November 2012, allowing limited personal possession and cultivation of marijuana. The amendment also paved the way for municipalities to make their own decisions on whether to allow sales.

The Colorado Springs city council decided against allowing recreational marijuana sales with a 5-4 vote in the summer of 2013. El Paso County didn't waste any time, acting in December 2012 and becoming one of the first local governments in the state to pass an outright ban on recreational marijuana operations with a 4-1 vote from the commissioners. 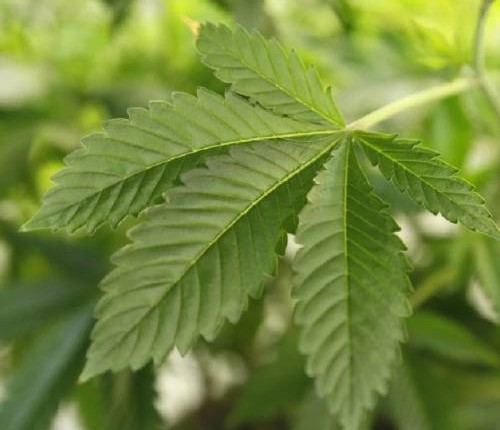