CO: Some Police Chiefs & Sheriffs Shift Attitudes Toward Past Marijuana Use

The man in charge of hiring and firing Denver's police officers likes to remind people that the firefighters and police officers who rushed into the World Trade Center on 9/11 were not drunk or stoned.

Therefore, recent marijuana use by potential and current first responders in Denver will not be tolerated, said Earl Peterson, executive director of the Denver Civil Service Commission.

"What I've stressed is if people are using it, come back in three years," Peterson said. "I'm blunt with people.

"People who want to be in public safety have to have higher standards."

Yet other police departments in the state are changing their attitudes. Last year, the Aurora Civil Service Commission adopted a policy that requires applicants to its police and fire departments to be marijuana-free for one year instead of three.

The changes in policies reflect evolving attitudes toward marijuana use in society, and some police departments are changing their standards because they fear they might lose otherwise high-quality recruits who have experimented with the drug because it is legal for people who are 21 or older to use pot in Colorado.

Although marijuana is legal in Colorado, employers are allowed by state law to prohibit their employees from using it.

Changing police polices are not exclusive to Colorado, or even to states where pot is legal.

Earlier this year, the Maryland Police Training and Standards Commission, which sets hiring policies for the entire state, adopted a new policy at the request of the Baltimore Police Department, which had reported that previous standards were hurting the recruitment of new officers, said Gerard Shields, a spokesman for the training and standards commission.

Now, people are barred from consideration for a law enforcement job if they have used marijuana in the past three years. Previously, Maryland said applicants could not have used it five times since turning 21 or more than 20 times during their lives. The same policy went into effect for people applying to work in the state's prison system, Shields said.

Chuck Wexler, executive director of the Police Executive Research Forum, said the question will become increasingly relevant as other states legalize marijuana use.

"Colorado and Washington really are unique in that respect," Wexler said. "In some ways, what the state is doing and what police departments are doing are not necessarily in sync. Police departments have different standards. That's really reflective of a national change, at least in terms of how marijuana is viewed."

In Colorado, there is no statewide standard. Instead, individual agencies, or their commissions that make hiring rules, and sheriff's offices make their own policies. The Colorado State Patrol drug screens its applicants.

"It's just individual cities or departments are deciding their own preferences," said Duane Oakes, president of the Colorado Association of Chiefs of Police and chief at the Alamosa Police Department.

But Oakes said he is considering making it a topic at the next statewide conference for Colorado chiefs.

"The more states that legalize it, the more departments that are going to run into it," he said.

In Colorado Springs, police and fire applicants are disqualified if they have used marijuana in the past 18 months.

"Thirty-five years ago when I started it was you never could have smoked it," said CSPD spokesman Lt. Howard Black. "That was a question on the polygraph."

Departments are changing the rules to remain competitive recruiters.

Police departments across the country are finding it difficult to recruit officers. A surging economy brings more employment options that often pay better and bring less stress than law enforcement, and the current climate for policing is discouraging others from pursuing the profession.

Departments must keep themselves competitive in the overall job market, not just among law enforcement agencies. In summer 2016, Aurora Police Chief Nicholas Metz and then Fire Chief Mike Garcia lobbied the civil service commission for a change.

At the time, Metz told the commission that one of the most frequently asked questions from the community was related to marijuana use, and that someone who wanted to be a law enforcement officer could go to the Arapahoe County Sheriff's Office and find a less restrictive policy, according to a copy of the minutes from the commission's May 10, 2016, meeting.

"We understand with legalization that times are changing," she said.

Still, chronic users aren't considered for the force, even if it has been a year since the potential recruit smoked pot or consumed an edible, she said.

Peterson said he did not believe Denver's stance had impacted recruiting. The department recently started a new class at its academy with 52 recruits and made conditional job offers to another 12 people for 2018.

"I don't believe Denver has to lower its standards to achieve excellence," he said.

Denver, however, has the advantage of being the largest department in the state and offers better pay and benefits than other departments.

Denver and Aurora warn against applicants trying to fudge the truth when filling out applications. Both departments said their tests, background investigations, polygraphs and psychological evaluations are designed to catch people lying. And that, too, disqualifies candidates.

Since 2003, the Arapahoe County Sheriff's Office has required applicants to have abstained from using pot for at least one year, spokeswoman Julie Brooks said.

"Pot is generally not what will disqualify an applicant," Brooks said. "It's usually lying about other things on their applications or harder drugs they failed to disclose."

While standards for past pot use for applicants are changing, the state's police chiefs and sheriffs still hold one view in common: Once hired, marijuana use is forbidden.

"When you're looking at law enforcement, you would be permitting a law enforcement officer to break federal law," said Officer William Hummel, an Aurora police recruiter and spokesman. "When we put on that badge we took an oath to uphold local, state and federal law." 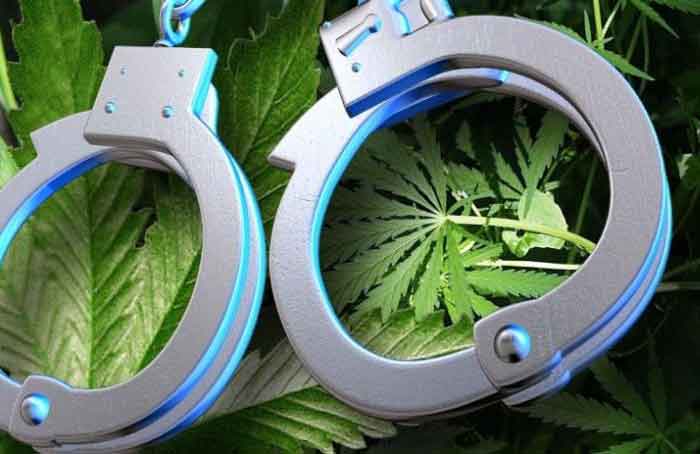 Sorry, Sir..no offense, but let's get Real - Many..many of us, will disagree with you when you say those who rushed into buildings on 911 to help (Firefighters, Police Officers, First Responders etc etc) were not drunk or stoned, but, in Reality, it is not wise to believe many of those thousands of people, did not have Alcohol or THC in their Systems - Especially, ALCOHOL from the party-night before, or many Long Necks or Long Islands at the Bar on the local corner, and it is of no assumption, in NY, of those who have a shot, quick swig, whatever you want to call it, to get going, you know, like many others in many other Professions (need) in the am - A stressful Job such as those who work in the Fields we are discussing, are not perfect, and will take a hit of Cannabis or a quick toke, or that sip..or 32oz, and get away with it because there are either no other men to take their type of dangerous jobs, or the Salary sucks so bad, etc etc, and they get away with it - Be glad they show up, Sir..but to make a statement as clear-cut as you did?
14 yrs Sober now -
Been there done that, and know and seen those who did the same things as myself, as well as the tens of millions of others in the US who do the same exact things -
The (only) hope, is that you as a person in Power, realizes, that if we (needed) someone, needed to work along side of someone, to be able to fight beside someone etc etc...I would definitely want it be a person who Partakes/Medicates and knows (which) Cannabis, is the best for each Situation he is in - The Quality and Technology in each Strain in 2017, is mind-blowing and can fix just about any ailment you currently have, and the ability to Focus with many of the Strains, is exactly why it is good for those with ADHD etc -
Alcohol? It just kills you -

K
MD: Davis Wants To Relax Restrictions On Past Marijuana Use For Police Recruits