The reason for the drop is that the state fund that pays for the registry is awash in cash more than $13 million. Because fees are not supposed to be profit-generating for the state, health officials need to trim the fund's reserves to be closer to the registry's budgetary requirements. "We are required to evaluate our cost and revenue each year and adjust (the fee) as appropriate," said Ron Hyman, the Department of Health official who oversees the patient registry.

But the fee reduction could also impact the balance of people who remain medical-marijuana patients even after recreational- marijuana sales open up in January to everyone over 21. While medical-marijuana patients must pay the registry fee and also for a doctor's visit to get their marijuana recommendation, they won't pay the hefty sales and excise taxes Colorado voters approved this year on recreational marijuana. They are also allowed to possess more marijuana 2 ounces or sometimes more compared with the 1-ounce limit for Colorado recreational marijuana customers.

"There are lots of things that make medical more attractive from the user perspective," said Sam Kamin, a University of Denver law professor who has studied marijuana legalization in Colorado. "... Particularly for renewing, I think (the reduced fee) is going to make a big difference." There are nearly 113,000 valid medical-marijuana card holders in Colorado. 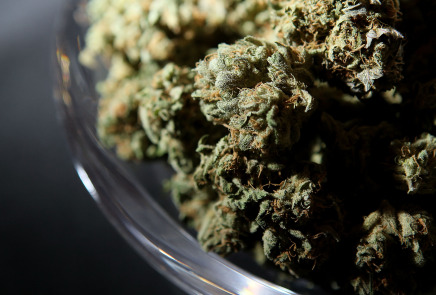 I'm only in it for the Oil
V

Novel thought for them. Why don't they take the surplus and fund some study(ies) on the medical properties that cannabis can provide? Actual studies not "Hey this works for my pain" It certainly could help other states battling the issues the sitting politicians have against bringing in medical cannabis for those in need.
I know my oncologist is in favor but still has questions. He is not seeing a controlled study. How many people in the study are receiving "xyz medicine" as compared to those not receiving it"? What are the dosages for each patient in the study? Basic questions any physician might ask before providing an RX to his patient.