Georgia - A little over a year ago, Chey and Jill Wilson's daughter Ava was diagnosed with Lennox-Gastaut syndrome, a difficult-to-treat-form of epilepsy. The Wilson family says most days; their 7-year-old daughter suffers between 300-500 seizures. "There are days I'm dressed for work, she's dressed for school and she just can't stop having seizures," says Chey Wilson, Ava's father. "You come to a point where epilepsy and the seizures are so uncontrollable that you have to decide how many seizures you can stand looking at daily versus how much you want your child being either a zombie or asleep."

They're one of the hundreds of families hoping the state will legalize medical marijuana. The proposed bill would allow patients who suffer from certain types of seizures to access marijuana in the form of cannabis oil. The oil has been shown to be effective in easing seizure disorders. The Wilson family has been writing to legislators and following the process closely, they're hopeful something will be passed this session.

"If we go another year or two with the state she's in right now, she'll be pretty much unrecognizable from a personality standpoint," says Chey Wilson. The Wilsons have tried all sorts of treatments; none have significantly reduced Ava's seizures. They've considered moving to Colorado, where medical marijuana is legal, but getting treatment in Georgia would be more favorable. "It would mean everything to us," says Chey Wilson. "More importantly it would mean everything for Ava. I don't know what she's thinking, but I know that she kind of knows what's going on." Critics of the bill have concerns that legalizing medical marijuana would eventually open the door to widespread use. Allen Peake, the Macon representative sponsoring the bill, has been adamant that will not be the case. Hearings for the legalization of medical marijuana in Georgia begin Monday at the capitol. 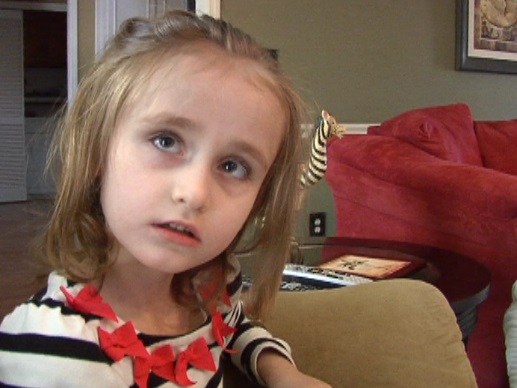