The U.S. Department of Veterans Affairs (VA) "is uniquely situated to pursue research on the impact of medical marijuana on veterans suffering from chronic pain and PTSD given its access to world class researchers, the population it serves, and its history of overseeing and producing research resulting in cutting-edge medical treatments," the group of lawmakers who sit on the House Committee on Veterans' Affairs wrote on Thursday in a letter to VA Sec. David Shulkin.

Recently, medical cannabis advocates and veterans groups like the American Legion have increased pressure on VA to stop blocking federally-approved researchers from recruiting veterans for research on medical cannabis.

One such study on marijuana's effects on PTSD has been prevented from reaching veterans at the Phoenix, Arizona VA hospital.

"This study needs 50 more participants and the Phoenix VA is in the best possible position to assist by simply allowing principle investigators to brief [VA] medical staff on the progress of the study, and by allowing clinicians to reveal the existence of the study to potential participants," the Legion wrote to Shulkin last month. "Your immediate attention in this important matter is greatly appreciated. We ask for your direct involvement to ensure this critical research is fully enabled."

Shulkin has not yet responded to the Legion's letter, a representative of the group said.

"Time and time again I have heard the stories of veterans who have used marijuana medicinally to help them cope with physical and psychological injuries sustained during their service," Congressman Tim Walz (D-MN), the highest ranking enlisted service member ever to serve Congress, said in a statement about the lawmakers' new letter to Shulkin. "After hearing from and meeting with veterans and veterans' advocates from communities across the country, I now know for a fact that research and access to medical marijuana has become a critically important veterans' issue."

A number of recent studies indicate that legal marijuana access is associated with reduced opioid overdose and addiction rates.

"At no period of time has research into medical marijuana been as critically important as it is now, as there isn't a single community in America that hasn't come face-to-face with our nation's tragic opioid epidemic," Walz said. "Few populations have been as hurt by the opioid epidemic as our veterans."


@RepTimWalz: Time and again, I have heard the stories of #veterans who have used #MedicalMarijuana to help them cope w/ physical & psychological injuries sustained during their service. 1/4

– VetAffairsDems (@VetAffairsDems) October 26, 2017​
After hearing from & meeting w/ veterans & veterans' advocates from communities across the country, I now know for a fact that research & access to medical marijuana has become a critically important veterans' issue. 2/4

– VetAffairsDems (@VetAffairsDems) October 26, 2017​
Shulkin has on a number of occasions indicated that he does see medical potential for marijuana but has consistently incorrectly claimed that Congressional action is needed before he can do anything to increase veterans' access or expand research.

The House lawmakers, all Democrats, are asking him to respond by November 14. 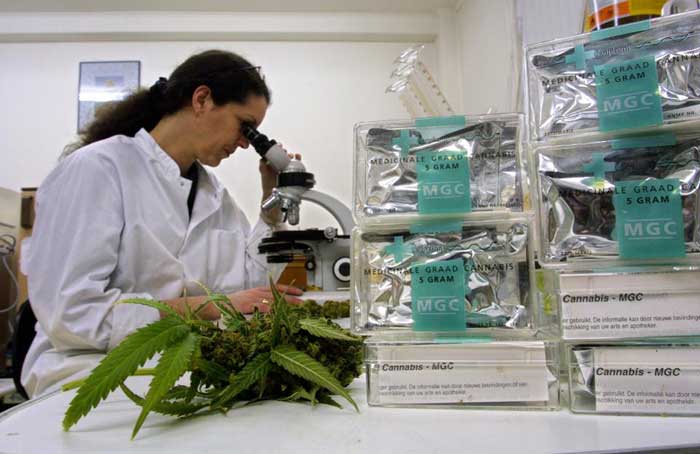