FL: Seniors Are The Wild Card In Medical Marijuana Vote

There's a big battle at the ballot box in just three weeks: medical marijuana. Both sides are fighting for what could be the deciding vote — senior citizens.

Now, seniors are becoming the coveted vote in this medical marijuana campaign.

"I'm not for it. I'm going to vote no," says senior Linda Kalusa.

It's the divide over medical marijuana happening around the Bay area.

"It's not going to be another Woodstock, folks," says Rohge.

Supporters believe if they can change seniors' minds, Amendment 2 has a shot at passing.

United for Care says in 2014 it hit 60% support in every age group except seniors:

"Yes on 2" is now pumping out commercials during heavily watched senior shows, like Jeopardy and Wheel of Fortune.

They're holding senior educational forums around the state hoping to ignite support.

The amendment would allow doctors to recommend medical marijuana for patients with a debilitating medical condition to get it from a state-regulated dispensary with a Department of Health identification card.

"I had a sister-in-law very, very sick with cancer for a long while, and it gave her relief from her pain, kept the nausea down," says Rohge.

But "No on 2" opponents believe the amendment is essentially legalizing marijuana and are courting all ages to vote no.

"Opening it up to smoking marijuana, I think just leads to other things, and I'm not for that," says Kalusa.

With the election quickly approaching, those up in the air will have to decide.

Bay area Senator Jeff Brandes is the only Republican speaking out in support calling the current medical marijuana law "broken" and saying the legislature failed to fix it.

"Florida patients are being denied access to a form of treatment which could improve their quality of life, and the regulations Florida has today for medical marijuana have been delayed by litigation and bureaucracy. Passing Amendment 2 will allow us to press the reset button, and adopt more free-market, responsible regulations that actually provides access for this treatment to patients who may benefit from it," Brandes says. 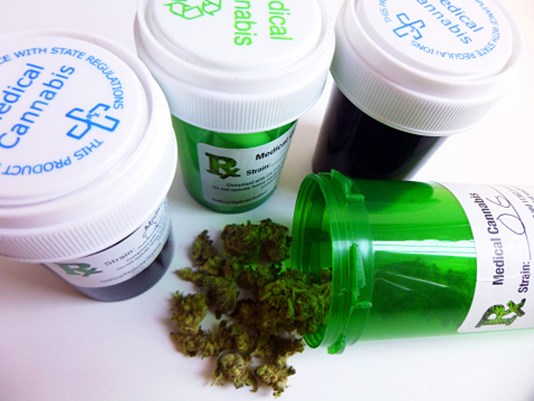