Earlier this month, the Idaho Secretary of State's Office approved a petition that, if passed into law, would create a medical marijuana program in the Gem State. Current Idaho law takes a particularly harsh approach to marijuana compared to neighboring states, which allow some sort of medical use of the drug or have outright legalized it like Washington and Oregon. In Idaho, possession of cannabis is a misdemeanor offense and the state doesn't sanction the medical use of the drug.

If the initiative qualifies for the ballot and is passed, Idaho will join 25 other states that have a medical marijuana law. The initiative includes a long list of qualifying conditions that encompasses cancer, glaucoma, traumatic brain injury, post-traumatic stress disorder and others. Patients that qualify for the program established by the initiative can legally possess 24 ounces of usable marijuana and 12 plants.

Osborn says the campaign grew out of an earlier failed effort from a group called New Approach Idaho. This spring, NAI withdrew a similar measure after the American Academy of Pediatrics wrote to the organization stating that it had falsely claimed on the petition that the academy had endorsed medical marijuana. The petition by New Approach Idaho, in addition to legalizing medical marijuana, went a step further in decriminalizing possession of the drug.

Osborn says that many voters were uncomfortable with the idea of decriminalizing marijuana and that the new petition is focused solely on legalizing the drug for medical use.

According to Betsie Kimbrough, Idaho's election director, the number of valid signatures the group needs to qualify the petition for the ballot is equal to at least 6 percent of voters registered in the upcoming general election.

"We don't have the number of signatures yet because it needs to be based off this general election," she says. Additionally, Idaho election law requires that of the total valid signatures collected, at least 6 percent need to come from at least 18 different legislative districts. IMMA has 18 months to collect enough signatures to qualify. 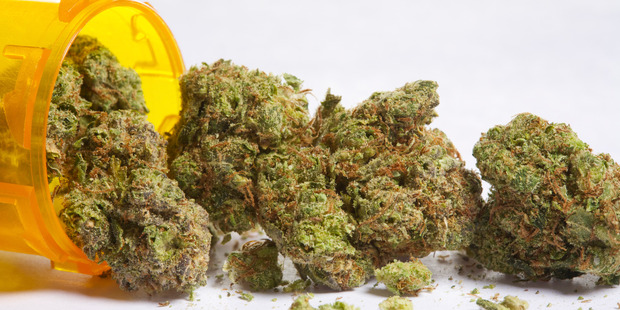