In States Where Marijuana Is Legal, Users Prefer The Edible High

In states where use of marijuana for recreational or medicinal purposes is legal, some consumers prefer eating their marijuana as opposed to smoking or vaporizing the drug.

A new study by RTI International examined consumer perceptions of edible marijuana products, including why users prefer edibles to other forms of marijuana and their concerns regarding the consumption of edibles.

"Our findings suggest that some people prefer edibles to smoking marijuana because there is no smell from smoke and no secondhand smoke," said Sheryl C. Cates, senior research public health analyst, in an RTI press release. "They also liked edibles over smoking for their convenience, discreetness, longer-lasting highs, and less intense highs," said Cates, lead author for the study. Some participants also said that consuming edibles provided better pain and anxiety relief than smoking, Cates said.

"Although this study did not examine whether edibles are used as a substitute for other drugs, a growing body of research suggests that greater availability of marijuana may reduce use of pain medications, and may reduce the frequency and amount of opioid consumption," said Jane A. Allen, RTI research public health analyst.

The study also provides insights into consumers' concerns regarding the consumption of edible marijuana, including delayed activation time, accidental ingestion, and dosing.

"Importantly, the delayed high from edibles vs. smoking or vaping marijuana may contribute to consumers ingesting a greater than intended amount of the drug before they feel high," said Cates. "Informing the public on delayed activation, accidental ingestion, proper dosing and harmful effects will help consumers make better decisions and help protect public health."

A total of 62 adults in eight focus groups, four each in Denver, Colorado and in Seattle, Washington were conducted with consumers of edibles who were at least 21 years or older and met specific study criteria. Although not generalizable, the findings are useful for helping inform policy makers and regulators as they establish regulations regarding the manufacture, labeling and sale of edibles in the 27 states where marijuana use is legal, the release stated.

The findings also suggest that outreach campaigns on recreational marijuana should provide information on the risks and benefits of different forms of marijuana so that consumers can make informed decisions about their use, RTI stated.

To that end, RTI International will sponsor a series of free, hour-long webinars focusing on state experiences developing policy to regulate marijuana, including edibles. The first webinar, to be held Oct. 23 at 2:30 p.m., will feature case studies in edible policy from Washington and Alaska. 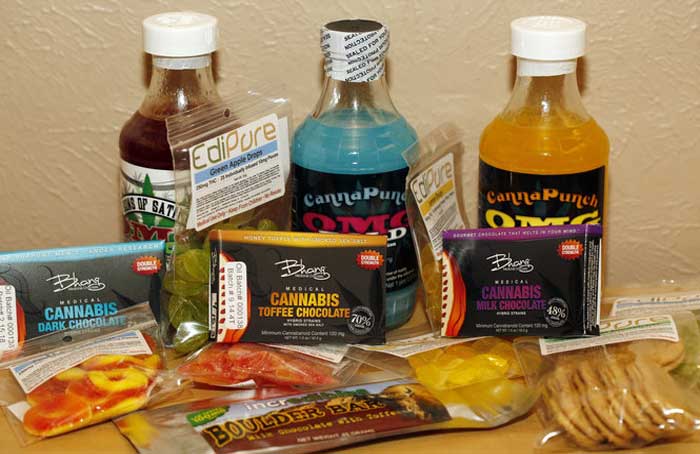 In Canada, Marijuana Edible Sales Delayed Even As Interest Among Canadians Grows