The Las Vegas Paiute Tribe already runs a smoke shop downtown and a golf course in the northwest valley. Now a third business venture – in medical marijuana – is on the horizon.

If construction goes as planned, the federally-recognized tribe will open two medical marijuana dispensaries and a cultivation and production facility by the end of the year, said Benny Tso, chairman of the Las Vegas Paiute Council.

The tribe has partnered with Ultra Health, an Arizona medical marijuana company, to develop and manage the businesses, Tso said. A groundbreaking ceremony Monday at the Las Vegas Paiute Indian Colony downtown capped more than a year of discussions with experts, lawyers and government officials, and tours of out-of-state medical marijuana facilities.

"We determined this is a viable and feasible opportunity of economic development for the tribe," Tso said.

The roughly $5 million construction project is expected to take six to nine months, said Duke Rodriguez, president and CEO of Ultra Health. A 4,000-square-foot dispensary is planned for the 30-acre downtown colony, near Main Street and Washington Avenue. A second dispensary, as well as greenhouses and a production center, will be built at the tribe's Snow Mountain Reservation in the northwest valley.

The U.S. Department of Justice issued a memo in late 2014 paving the way for American Indian tribes to enter the legal weed industry by allowing marijuana to be grown and sold on sovereign land. The memo sparked considerable interest among tribes, although many have explored the possibility quietly, especially in states where medical marijuana remains illegal.

Ultra Health is working with more than 20 tribes, some of whom have signed letters of intent pending completion of the regulatory process, Rodriguez said.

After the Las Vegas Paiutes' tribal council and members approved a medical marijuana venture, the council drafted a "robust and compliant formal ordinance" that mirrors Nevada law regarding medical marijuana, Tso said. The 56-member tribe then issued a license to Ultra Health to operate medical marijuana businesses on the tribe's sovereign land.

Ultra Health and the tribe will share revenue generated by the businesses.

"Today, the Paiutes push forward on a commitment to their people of gaining economic independence and tribal self-sufficiency," Rodriguez said.

The Las Vegas Paiute Tribe is a natural fit for the medical marijuana business, given its urban location, Rodriguez said. Medical marijuana patients can drive downtown to buy the tribe's product rather than trek to a remote reservation. Likewise, the tribe's planned dispensary at Snow Mountain isn't far from Las Vegas' suburban sprawl.

The Paiutes' entry into the marijuana market isn't a first among Native American tribes and likely won't be the last. Several tribes in Washington, where recreational marijuana is legal, have entered into a compact with the state to grow and sell pot.

Tribes across the country are looking for ways to boost their communities financially and see medical marijuana as a potentially lucrative venture, said Robert Miller, who teaches Indian law at Arizona State University's Sandra Day O'Connor College of Law. Of the 570 federally-recognized tribes in the United States, only 30 to 50 are considered very successful – and that's mostly because of gaming revenue, he said.

"Any form of economic activity that can occur on the reservation is welcome," Miller said.

Based on surveys showing how many people use marijuana, Rodriguez believes demand is large enough to make tribes' new business opportunity more profitable than gaming.

"There's just no way to stop this," he said. 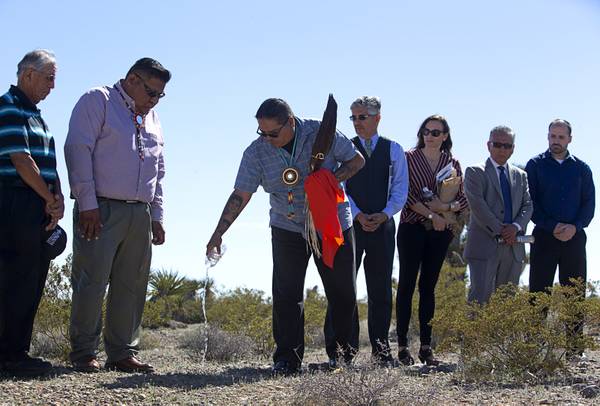