A leading activist for marijuana legalization says he was detained at the Canadian border on Monday and denied entry after agents determined he had been arrested during a 2008 protest in St. Paul, Minnesota.

Paul McCarrier, the president of Legalize Maine, a nonprofit advocacy group that helped pass statewide ballot measure that legalized recreational marijuana in Maine in 2016, posted on Facebook that he had been denied entry to Canada at the Colburn Gore border crossing in northern Franklin County on Labor Day.

McCarrier, who was traveling on vacation with his girlfriend, says he mentioned his role with the pro-marijuana organization while agents searched the couple’s belongings and vehicle, and that he believes it played a role in his treatment.

“It looks like we won’t be heading to Canada,” McCarrier wrote on his Facebook page Monday. “Detained at the border for almost two hours – and denied entry for a protest arrest from 9 years ago! Apparently, being arrested but then acquitted by a judge is the same thing as being convicted in the eyes of some bureaucrap. Oh and our car was searched and all our belongings torn through and left open. I’ll refrain from any other choice words right now. We won’t let this stop us and are working on Plan B. I’ll see my favorite band this week – no effed up policy will stop that… stay tuned.”

Legalize Maine advocates for small marijuana growers. In addition to his involvement with the 2016 ballot question initiative, McCarrier is a registered lobbyist at the State House in Augusta.

McCarrier said he had intended to travel to Montreal to see the band Depeche Mode. In messages to the Press Herald Thursday, McCarrier declined to comment on the situation, noting he was working with an attorney to get a waiver from Canadian authorities so that he could travel to Canada in the future.

But McCarrier did say he believed his role as president for Legalize Maine was a “factor” and explained he had been arrested during a protest against then President George W. Bush during the Republican Party’s national convention that year in Minnesota. McCarrier said a judge ultimately dismissed the charges against the protesters, but that didn’t seem to have any bearing on the decision by officials to deny him entry to Canada. He also noted he wasn’t bringing any marijuana into Canada and was not charged by Canadian authorities with any crime.

It was not immediately clear whether McCarrier’s experience was an isolated incident or if he was caught up in new screening standards at the border.

Other Mainers have also encountered close scrutiny by Canadian border officials, including being detained for hours before being either turned around and denied entry or being allowed to travel, sometimes based on arrest records from several years or even decades ago.

Officials with Canada’s Border Service Agency said Thursday they would respond to a request by the Press Herald on whether there had been any recent policy changes by the Canadian government that had prompted the crackdown on Americans with arrest records. As of noon Thursday, Canadian officials had not provided any additional details regarding policy border control policy changes.

Canada has long denied those previously convicted of operating under the influence from entering the country without a special waiver.

McCarrier and his girlfriend ultimately turned around and drove to Washington, D.C., where they were set to see Depeche Mode play Thursday night. 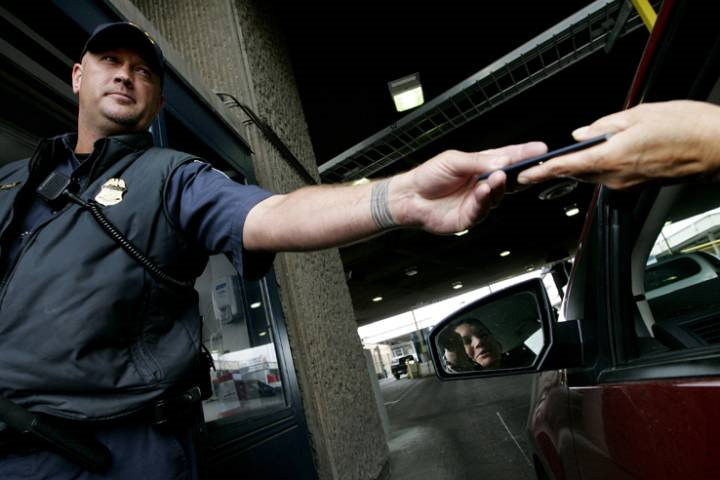