Lansing, MI--No more than 48 medical marijuana businesses would be allowed in Lansing under a plan approved by a City Council committee Thursday.

That would include the 48 businesses recognized before a citywide moratorium took effect in December 2010, provided they are still operating and meet license requirements.

Medical marijuana businesses also would have to pay an application fee of $1,000 and $75 for each background check in addition to the applicant's.

The full council could adopt the proposal Monday, which would complete a policy regulating Lansing's emerging medical marijuana industry. The cap and fee schedule would be renewed next year.

A cap of 48 is "legally the safest way to play it," City Attorney Brig Smith said. That would mean some of the businesses won't arbitrarily be forced to move.

But Smith said he doesn't anticipate a problem with the threshold.

Some dispensary groups have said as few as 31 of the original 48 still could be operating. As of Thursday, 11 had filed preliminary applications due by the end of the week, City Clerk Chris Swope said.

"We can revisit this in a year," Houghton said, adding that first-year data will by then be available to review.

Council last month approved regulations that would require medical marijuana businesses to operate 1,000 feet from schools, churches and other dispensaries and in industrial and commercial zones.

No licenses will be issued until the council approves the cap and fee schedule.

The ordinance exempts the 48 recognized businesses from the buffering requirements for a year.

"I just want to see the enforcement happen," said Shekina Pena, owner of the Your Healthy Choice LLC dispensary on Michigan Avenue.

"I just don't want to see everybody run around last minute," she said. "Try and help us clean up the situation, because it's a big mess."

Residents have suggested setting a maximum of 16 or 24 dispensaries and spreading them evenly throughout Lansing's four wards.

The cap as proposed would not divide them, and eastside residents said they were concerned that a majority could operate in the 1st Ward. 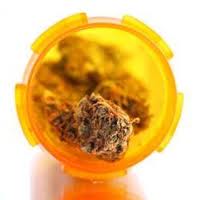