"It's too far off. I can't say whether we would use it," Cincinnati Children's spokesman Jim Feuer said.

"If the healthcare community does not support Ohio's medical cannabis program, Ohio may end up in a scenario similar to the state of New York, where, despite good intentions, few patients will be able to participate in the program," said Brad White with United Ohio, a medical marijuana advocacy group.

Count Scarlett Leisure, of Leesburg, among those concerned about accessing medical marijuana. Her young daughter, Savannah, has intractable epilepsy, which her parents have been treating with cannabis oil. Savannah was having seizures regularly before the oil. Since using it, she has had just eight seizures in five months.

During Savannah's appointments at Cincinnati Children's, Leisure would regularly lock up the cannabis oil in the medicine drawer. That was the protocol Leisure was accustomed to. But when Savannah had surgery Tuesday, Leisure said she was told not to administer the cannabis oil on hospital property.

"They were telling me that I couldn't give it to her," Leisure said. Nurses ordered a supplemental seizure medication for Savannah instead, but Leisure was furious.

Leisure said she doesn't understand why she was permitted to bring cannabis oil to the hospital in the past but not this week. She doubts the hospital will recommend medical marijuana when it is legal.

"We are not going to get a recommendation from them anytime soon," she said.

Hospital staff has not decided whether doctors could recommend medical marijuana once Ohio rolls out its rules more than a year from now. In the meantime, staff are permitted to inform parents that medical marijuana is currently illegal in Ohio, Feuer said.

"You would want the parent to know if they are doing something illegal," he said. 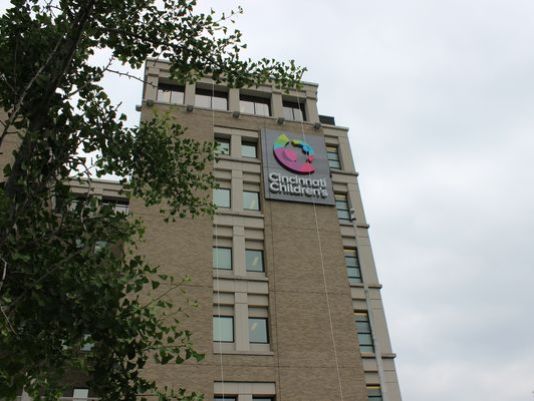