In May, cannabis advocate Kathleen Chippi asked for donations to help her file a lawsuit to challenge Colorado medical marijuana regulations, which went into effect today. And while she didn't collect quite as much as she hoped, the total was enough to make the suit viable. It was filed in Denver District Court yesterday, with a hearing likely to follow by mid-month.

Andrew Reid, the lawyer in question, filed a petition with the Colorado Supreme Court on Chippi's behalf on January 5, but the court rejected it five days later -- meaning the matter needed to be refiled at the district court level. The Boulder district was considered, but in the end, the case wound up in Denver. "Andrew said we're better off starting there, because you're supposed to sue where the laws that negatively affect you were created," she notes. "The general assembly and the Department of Revenue are both in Denver, so those are the entities that have hindered or harmed our constitutional rights."

The suit asks for injunctive relief based on the theory that the state's MMJ regulations violate Amendment 20, the 2000 initiative that legalized medical marijuana in Colorado. According to Chippi, "a preliminary injunction would mean everybody who's a plaintiff in the lawsuit" -- the Patient Caregiver Rights Litigation Project, the Colorado Patients' Alliance, the Rocky Mountain Caregivers Cooperative and Greenfaith Ministry, plus Chippi and patient Damien LaGoy individually -- "would get relief from the state until this is resolved in a court of law."

Regarding the thrust of the complaint, Chippi says "we're focusing on patient privacy and access -- and part of access is caregiver rights. The constitution says in order to be a caregiver, you must be eighteen or older. But now the state has decided you can't be a felon -- and if you're a felon, you can't work in this industry. And there's no question local bans are unconstitutional. You can't ban a fundamental constitutional right.

Typically, Chippi says, hearings for suits requesting injunctive relief are scheduled ten to fourteen days after filing. For that reason, she expects to receive a hearing date by the middle of next week. In the meantime, she hopes people learning about the suit take the time to consider the arguments behind it.

"Our goal is to educate the general public about the rights they're losing," she allows. "I'll be honest: Most of them don't even know they had these rights, and that they're losing them. So the key is education, and hopefully, we can protect patients and caregivers from what I consider an unacceptable attack from the general assembly, the Department of Health and the Department of Revenue. And the fact that the governor had to sign these bills into law is why he's acknowledged in the lawsuit as well." 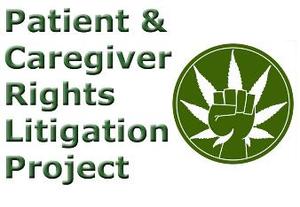 Medical Marijuana Lawsuit: State Says no one in Colorado has Fundamental Right to MMJ