Medical marijuana advocates have been debating the intent of U.S. Attorney John Walsh's letter attacking portions of HB 1043, a bill intended to tweak MMJ regs that became law last year. Among the theories: The letter is a warning shot in what will be a full-scale federal effort to undermine the drive to legalize cannabis for adult recreational use in Colorado next year. But if that's the case, says attorney Brian Vicente, it's a clumsy attempt that won't work.

"I don't know if they're trying to rev up the opposition," concedes Vicente, head of the advocacy organization Sensible Colorado. "But the vast majority of voters in our state support medical marijuana, and support for legalizing marijuana for adult use is growing. It's possible he's just wildly out of touch with what voters want. But if this is a plan to stem the call for legalization, I don't think it's well thought out."

At this point, at least two organizations are in the process of readying legalization bids: Legalize2012.com and a group that includes Vicente and SAFER's Mason Tvert. In a recent interview, Tvert shrugged off the suggestion that numerous community bans of medical marijuana indicated that support for broader legalization was thin, adding, "We've been working for months on the language" of a ballot proposal "with dozens of attorneys both in Colorado and around the country who specialize in this type of thing. We hope to have the best initiative possible, and we're going to do whatever it takes to do that before moving forward. But we're going to move forward."

In the meantime, Vicente feels Walsh's complaints about HB 1043 -- including language that would have allowed infused product manufacturers to operate grow facilities of up to 500 plants, with the potential for more based on need -- represent the dream of law enforcement to erase what he sees as progress in this area.

"You can't put the genie back in the bottle," he stresses. "Colorado has a well-regulated and taxed medical cannabis industry that's serving the needs of patients and also providing jobs and much-needed tax revenue for the state, and federal authorities need to respect that.

"I think the U.S. Attorney's Office really needs to focus on the issues that really matter in our state, whether it's economic crime or violent crime. Those seem to be more important priorities for the office."

At the same time, he doesn't dismiss as empty posturing either Walsh's letter or similar ones written by other U.S. Attorneys around the country of late.

"Legitimate medical marijuana producers should take pause," he advises. "This to some extent reaffirms what the federal law has always been, and now that we have John Walsh actively looking to cut off the supply of medicine to patients, those suppliers should be concerned. The federal government certainly could come after and prosecute and jail a dying AIDS patient for having a joint in Colorado. But it's our hope that they would choose to focus on the more important priorities and stop targeting patients and their providers, who are doing a service for the state."

Jeff Dorschner, spokesman for the U.S. Attorney's Office, insisted in a recent post that scenarios like this last one won't come to pass. In his words, Walsh "continues to emphasize is that the Department of Justice has no interest in going after an individual medical marijuana user or an individual caregiver, especially as originally defined by the constitutional amendment" -- Amendment 20, passed by Colorado voters in 2000. However, he added, "Our focus has been and will continue to be large scale drug-trafficking organizations and substantial marijuana grows -- and thus, substantial marijuana production." And he didn't differentiate between medical marijuana cultivation and weed grown for recreational use.

To Vicente, this approach is highly suspect.

"The U.S. Attorney should respect Colorado state law," he says. "The threats and the grandstanding that he's engaging in is to the detriment of patients, and that's very frustrating. What the U.S. Attorney is arguing for is a more vibrant black market. They want to shut down the state-controlled and highly regulated medical marijuana distribution system and instead push Colorado's 130,000 patients into parks and street corners. And I don't think that's what Coloradans want.

"We have fifteen states that have embraced marijuana as medicine for certain sick individuals, and the federal government doesn't like that -- so they're pushing back any way they can. But they're on the wrong side of history. Patients who need it deserve to get it from a regulated storefront, not a dark alley." 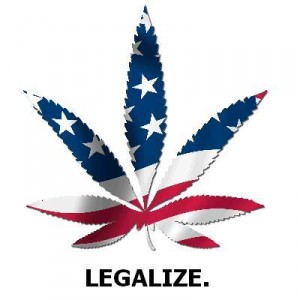