Minnesota could become the 22nd state to legalize medical marijuana under a House compromise that emerged Thursday, but it would carry some of the strictest limits in the nation. The proposal uses Gov. Mark Dayton's earlier offer of clinical trials to determine the drug's efficacy, but broadens it to an unlimited number of participants that have doctors' recommendations and who meet other eligibility requirements.

Those patients would be given the drug in pill or oil form. Some would be allowed to use a vaporizer to inhale marijuana fumes, but only with a doctor or nurse practitioner present. Unlike most states where medical marijuana is legal, trial participants would not be allowed to smoke marijuana. The state would contract with a single manufacturer to grow marijuana in-state for the clinical trials. There would be no system of statewide dispensaries.

Eligible conditions would include seizures, cancer, glaucoma, HIV/AIDS, Tourette's syndrome, ALS, multiple sclerosis and Crohn's. Patients taking the drug in pill or oil form could do so without a doctor. Rep. Carly Melin, DFL-Hibbing, the House leader on the issue, praised the compromise Thursday at a hastily called news conference that included House Speaker Paul Thissen, DFL-Minneapolis. "It was important to us that we could come up with something that law enforcement could at least have a neutral position on moving forward, and I think we were able to accomplish that," Melin said.

The medical marijuana proposal had been stalled for nearly a month in the House and was opposed by Gov. Mark Dayton and law enforcement groups, even as a companion measure gathered support in the Senate in recent days. House leaders jumped back into the mix by moving to shrink the universe of patients eligible for the drug, and forcing those who are granted access to use it with a doctor in the room as part of a closely managed, state-funded clinical trial.

Dayton praised the effort at reaching a middle ground on an issue that has divided the Capitol for months. "I appreciate the efforts being made to develop a bill that offers hope to children and adults suffering from horrible diseases," he said in a statement. But, he added, "the bill places heavy new responsibilities on the Minnesota Department of Health, and I have asked Commissioner [Edward] Ehlinger to assess the costs of its implementation and its practicability. I also want legal counsel to assess the potential liability to the state from sponsoring such trials. I will need that information before making any decision."

John Kingrey, chief lobbyist for Minnesota prosecutors, said the latest offer appears to meet most of the concerns expressed by law enforcers. "We've strongly supported tightly controlled clinical trials, which this bill does," he said, "and we were very concerned about any potential diversion of the drug for nonmedical use, which this proposal appears to eliminate."

A coalition divided
The new House proposal also pleased some of the more sympathetic and vocal backers of medical marijuana, a group of newly politically active parents of epileptic children who see the drug as a way to reduce frequent seizures in their kids. But the compromise bill has fractured the broader medical marijuana coalition, since it would be far more tightly regulated than the Senate proposal. Heather Azzi, a spokeswoman for the pro-marijuana advocacy group Minnesotans for Compassionate Care, lashed out at the House proposal, calling it "unworkable." She said that "people suffering from cancer or epilepsy should not have to travel to their doctors' offices just to use a medication that is safer than other drugs they have been prescribed."

An earlier version of Melin's bill would have extended medical marijuana privileges to victims of post-traumatic stress disorder and chronic pain. Those patients would still get access under the Senate bill, which also would allow smokable marijuana and would include a distribution system of 55 marijuana dispensaries around the state. "I obviously personally wish that we could do more," Melin said. "I don't like that some people are being left out. But I'm of the opinion this is doing a lot for a lot of people." There's no limit in Melin's proposal on how many patients could participate in the trials. Results would be reported back to the Department of Health as well as to major scientific journals. If her proposal were to become law, the state would contract with a grower by December and patients would start getting access to marijuana by July 2015. Azzi said distributing marijuana for medical use via clinical trials has not proven effective in other states that have tried it. She said requiring doctors to be present when marijuana is consumed is particularly problematic.

Parents weigh in
Still, parents of children with seizure-inducing forms of epilepsy – who frequently stood shoulder-to-shoulder with Azzi and other adult patients at frequent Capitol news conferences pushing for legalization – parted ways with Azzi on Thursday to praise the new House proposal. "I'm supporting whatever we can get done this year," said Jeremy Pauling, a Montevideo father of a daughter with Batten disease and epilepsy who has frequently traveled to the Capitol to push for legal access to marijuana to reduce her seizures. "We need to have something. We can't keep going backwards."

Another regular visitor to the Capitol on the issue is Joni Whiting of Jordan, whose daughter died of skin cancer at 26 in 2003. Whiting said she helped her daughter obtain marijuana in the final months of her life, which she smoked before eating to combat nausea. "I'm trying to imagine how it even would have worked if we'd been forced to have had a doctor with us every single time. Would he have driven to our house multiple times a day?" Whiting asked. "There's so many people in situations like that."

Melin's retooled proposal is set for a House committee hearing on Friday. The more expansive Senate proposal has cleared a series of committees in that chamber and may be headed for a floor vote, setting up the prospect of a highly charged debate on the issue that could dominate the final three weeks of the legislative session. "We're going to proceed with our ideas for the time being," said Sen. Scott Dibble, DFL-Minneapolis, the Senate sponsor. He said Melin's proposal "has some interesting ideas in it," but goes too far in meeting what he considers unfounded concerns from law enforcement. 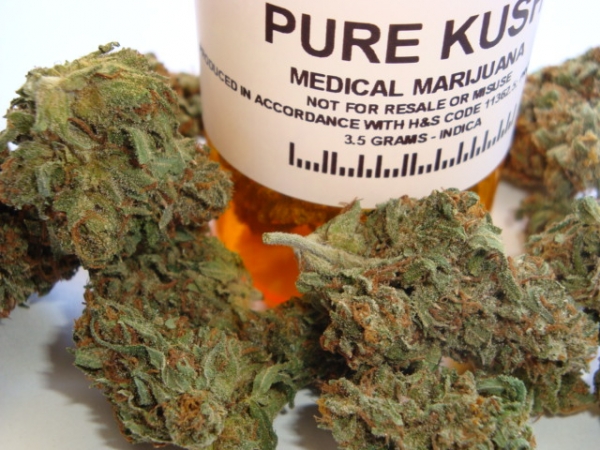 May 2, 2014
The General
T
T
Campaign To Legalize Medical Pot In Minnesota Underway