The first picture are the supplies needed. I use round RW cutting plugs with a slit down the side. 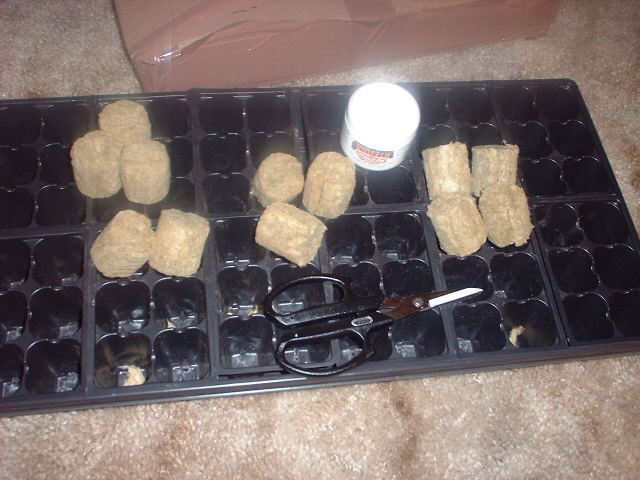 I premix a solution of Â¼ tsp/gallon GH G-M-B nutrients and adjust the pH to 5.5. I fill a tray with the solution Â¼" deep. 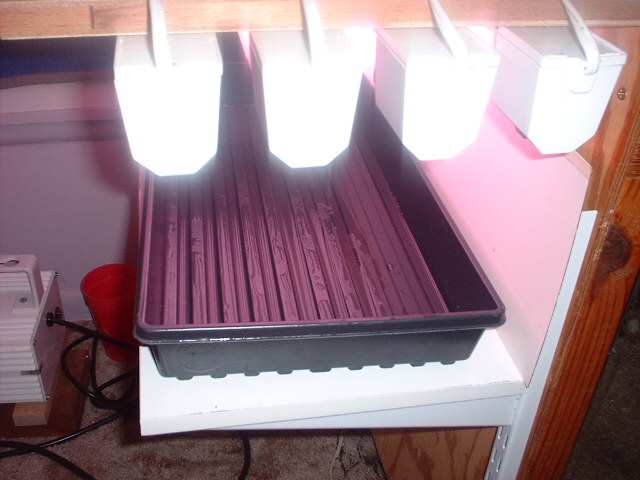 I then take the cutting, making sure I cut it at a 45 degree angle, using a sterile sharp pair of scissors. Cutting right above the node. Making a second cut under water is optional, I did not, but is highly recommended. And after making the cut, it is a good idea, to gently move the cutting back and forth in the water/cloning solution, to dislodge any air bubbles that might still be lodged in the stem. 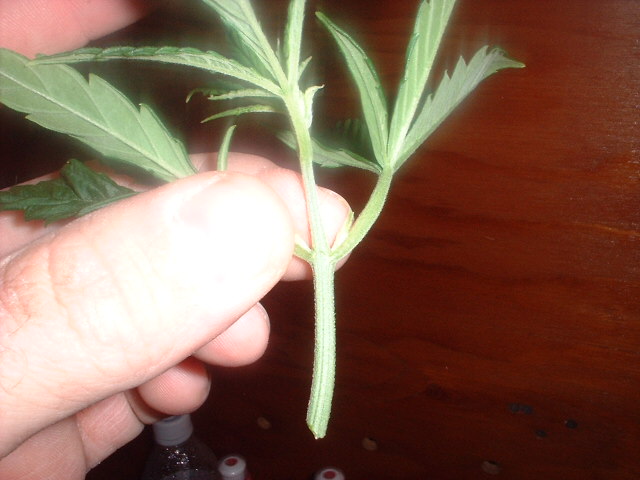 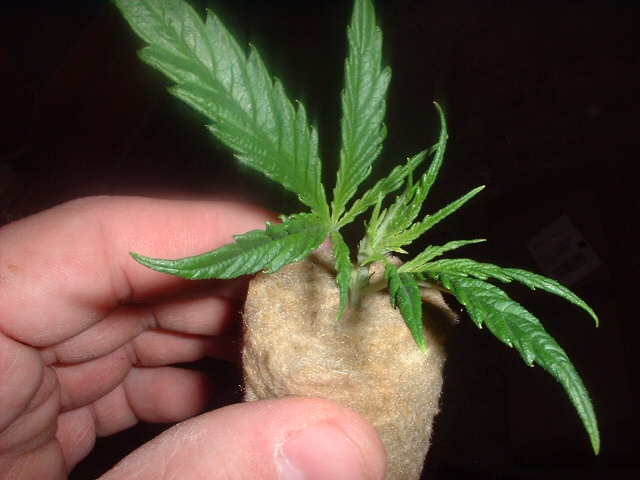 At this point, the plug is still dry.
After you have placed the cutting in the plug, then set it in the tray with the solution. Capillary action acts to pull the nutrient solution up the cube.
After you have taken all of the cuttings you need, you then need to mist the dome, covering it thoroughly and finally placing it on top of the cuttings.
BTW, the dome in the picture was used for the purpose of clarity of what was under it, and was replaced with a 2" tall dome after the picture. 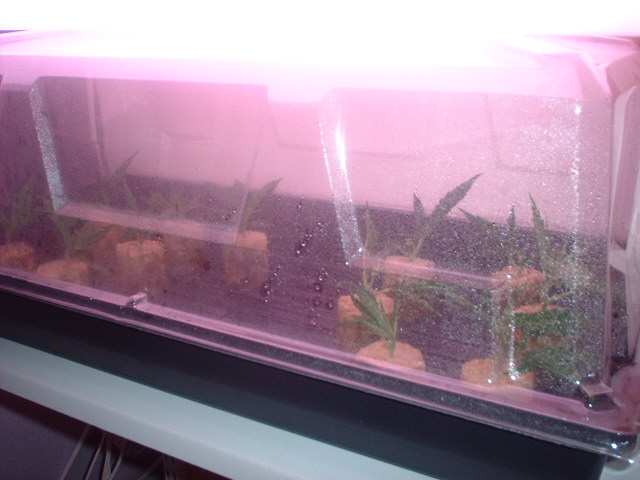 You're done! Now comes the truly hard part, the waiting. I have 100% survival rates using this method.

Here some notes that are not in the pictures:
- I cut above the node.
- I did not make a second cut under water.
- I did not use an anti wilt spray.
- All the cuttings were taken from two plants. Each stem was 1" or less in length from the cut to the first node.

Additional Notes:
- I use General Hydroponics Nutrients (last picture).
- Humidity stays above 80% under the dome.
- I have successfully cloned Blueberry, Cinderella-99, Blue Shamana, and my own strain that I developed.
- Loss rate for all clones taken using this method are less than 1%(the only one I ever lost was dropped, and never recovered).
- The lighting used is Grolux florescent tubes from 4 Lights of America 24" single tube lights. 80W total.
- Shelving is adjustable in 1" increments, materials may be found in any Home center. 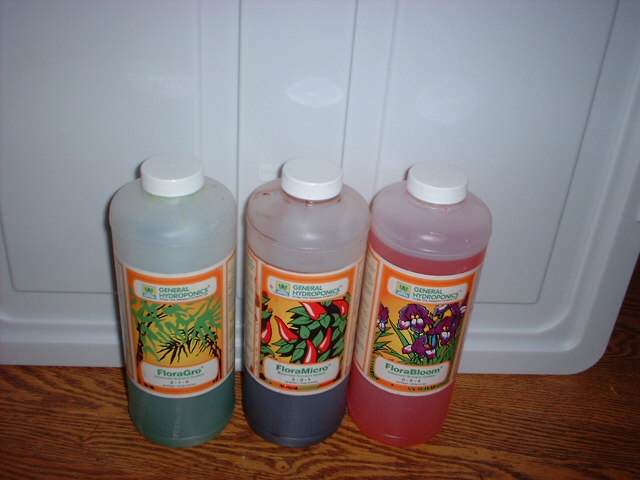 More additional information:
It has been my experience that the cuts taken below the top Â¼-1/3 of the plant have a higher chance of survival. This has to do with a hormone that the top-most growing tips release that hinders growth of lower stems. If you top, and then take clones from the mid part of the plant, you will get a good balance of less hormone/vigorous cuttings that have good stem structure. The lower down you go, the less hormone, but the less strength the stem has, depending on the strain, and how full the canopy above it is. I learned this last bit as I was developing the above technique.

The process of viable selection before you make the cuts, IMO, makes the difference between a good success rate and an outstanding success rate. Make sure that your prospective cut has a clear shot to the light, as this will mean it is more viable than one that is taken from a shaded spot on the plant. That alone probably gives me an extra 25%+ added to my success rate. I've taken well over 200+ clones using the above method.

How do I clone plants? Simple Water-Cloning Method

How Do I Clone using Rockwool?