New Medical Marijuana Ordinance To Be Debated In Merced County

Merced County is considering a new ordinance to crack down on marijuana grows, but some opponents say it's too restrictive.

The ordinance would limit the number of pot plants allowed on any property in Merced County.

The Merced County Board of Supervisors is asking for the public's input on the proposed ordinance. The goal is to stop people from growing large amounts of marijuana for profit. But some critics say it will also hurt those who need it for medical purposes.

"We have found out there are other crooks that will wait for these illegal marijuana grows to mature, do home invasion robberies, shoot persons," said Sheriff Pazin.

Investigators say some growers come to Merced County because it doesn't have any local regulations. Instead, authorities have been following the state law, which allows six mature or 12 immature plants -- along with eight ounces of finished product.

But Sheriff Pazin said people often take advantage of loopholes. "Well the state law is somewhat ambiguous, which created more problems for us."

That is why the county is now considering an ordinance that would limit each parcel to 12 plants, period. It doesn't matter if they're grown indoors or outdoors, or how big the plants are. Violators would also face tougher penalties, including six months in jail and a $1,000 fine.

"There's going to be a lot of people caught in the cross-hairs between the county and the cartels they're supposedly going after," said Charles Erskine, cannabis patient.

Erskine opposes the ordinance. He said many people already have a hard time getting the medicinal marijuana they need, since dispensaries are banned in the county -- and health problems make it difficult for them to travel. He believes multiple patients should be allowed to grow marijuana on one piece of land.

"Not everybody in this town has the facilities or the know how to produce their own medicine, and it's creating an access issue," said Erskine.

Erskine says 12 plants are not enough, but Sheriff Pazin believes it's plenty. "People are using it to make money, not to help people." 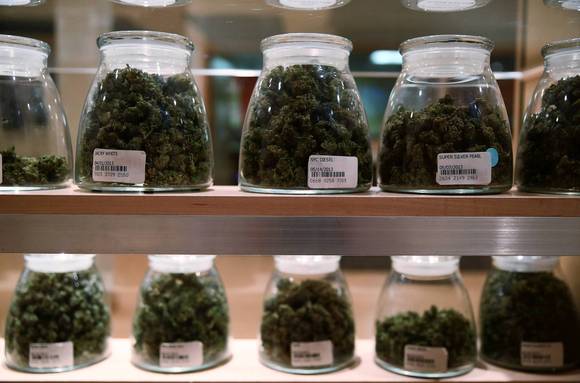