Though the bill expressly prohibits smoking medical pot, it does make it legal to use the prescribed drug in e-cigarette-like devices and other vaporization machines – but not in public places. Some Republicans still aren't happy. "It's not the use of the whole leaf marijuana plant, but it's smoking," groused Senate Health Committee Chairman Kemp Hannon (R-Nassau County). Under the measure, the five organizations that will be growing the pot, baking those brownies and distributing the products statewide must be union-friendly.And they can only cultivate the pot in a secure indoor location. Insurance won't cover the costs of medical marijuana, and the bill does not specify how much patients will have to pay.

But Senate bill sponsor Diane Savino (D-Staten Island) said the state Health Department could base its prices on how much recreational pot is going for on the black market. The state police could fill in the state Health Department on street prices, she suggested. "You don't want to make it so expensive for patients that they don't use it and instead turn to the black market," Savino said. 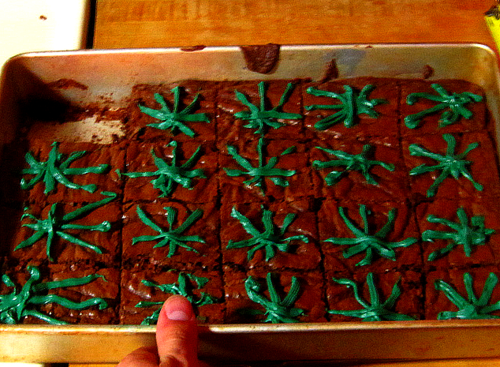 T
Medical Marijuana Could Be Legalized In New York This Spring