A Toronto mother whose son suffers from chronic seizures due to a rare genetic condition is frustrated that some nurses in Toronto hospitals have refused to administer cannabis oil, which she says brings him relief.

Maria Niembro, mother of 11-year-old Francesco, told CBC's Metro Morning on Monday that she has to administer the cannabis oil herself to her son, who suffers from CFC, or Cardio-facio-cutaneous, syndrome.

Francesco was having two to 10 seizures a day before he started receiving the cannabis oil. Niembro said it has significantly reduced the number of seizures he suffers daily.

"They apologize and they say they cannot administer it because there is no policy established," she said.

Niembro said she heard through word of mouth about the effectiveness of cannabis oil in treating seizures. Medical marijuana is legal in Canada and Niembro obtains the cannibis oil through a prescription.

Francesco receives the medication through a G-tube with the help of a syringe. But having to administer it herself means it is difficult for Niembro to have a break from his daily care.

"We were looking for a better option. His seizures were getting worse," she said.

Dr. Michael Verbora, a doctor at the Cannabinoid Medical Clinic in Toronto, who is one of Francesco's physicians, said he has noted a "major reduction" in the boy's seizures. He said there is no THC (tetrahydrocannabinol) in this type of medicine, the psycho-active ingredient that leads to a marijuana high.

Some nursing staff in hospitals and hospices, however, will refuse to administer the cannabis oil, he says.

"This is something new that many of my patients who are using CBD oil are starting to experience. It's been coming to light recently. It's very frustrating for a number of my patients who are trying to administer what is a medication that has been effective but unfortunately they are facing what appears to be political barriers," Verbora said.

"From my perspective, I appreciate that it is a newer medication. It's definitely something that is being studied more and more. On the other hand, it's a little frustrating for a physician like myself who has been using this medicine for over a year."

Verbora said the concern stems in part from the age of the patient in this case and from the stigma surrounding medical marijuana in general.

"The risks are very minimal but the benefits are substantially higher," he said.

Toronto's Hospital for Sick Children, where Francesco has been a patient, said in a statement that it cannot comment on a specific case but cannabis oil is not a medication that it prescribes or administers.

"SickKids does not currently prescribe or administer cannabinoid oil as part of clinical care, as there are not enough high-quality studies about the safety and efficacy of its use in treating seizures in children," it said.

"We understand that there is a need for this type of research and we have recently received Health Canada approval for a clinical trial to determine the safety and dosage of cannabinoid oil for the treatment of patients with drug-resistant epilepsy.

"In the meantime, although SickKids staff do not currently prescribe or administer cannabinoid oil for seizures, parents are supported if they wish to administer it to their children while in hospital."

According to the College of Nurses of Ontario, federal regulations allow for nurses to administer medical marijuana. It said the issue is governed by the Access to Cannabis for Medicinal Purposes Regulations under the Controlled Drugs and Substances Act.

However, it said individual facilities may have other policies.

In a statement, the college said there are many factors involved, saying "nurses must consider whether they have the competence and the authority required to assist a client with taking medical marijuana. For example, in some practice settings, an order may be required. Therefore, it is important for nurses to know their organizational policy and if no policies exist, to advocate with their employer for the development of policies."

A Supreme Court of Canada ruling in June 2015 paved the way for marijuana patients to consume marijuana orally rather than just smoke it, and the following month, Health Canada gave producers the green light to start making plant-based extracts such as cannabis oil. 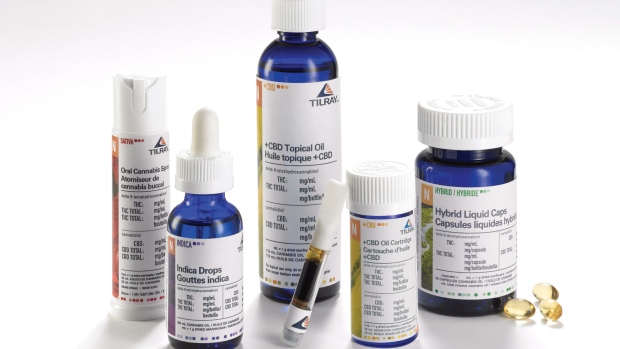