An Oregon sheriff who lost a state legal battle to deny a concealed handgun license for a medical marijuana patient has decided to take his case to the U.S. Supreme Court.

That argument was rejected by a trial court, the Oregon Court of Appeals and the Oregon Supreme Court in rulings that say state law on concealed handgun permits does not pre-empt federal law, the Mail Tribune reported Wednesday.

Cynthia Willis of Gold Hill acknowledged using medical marijuana when she filed her permit application with Winters in 2008, setting off the legal battle. She was issued a concealed handgun license after the sheriff lost in the Oregon Court of Appeals.

"I was hoping that it was over, but apparently it is not," Willis said. "I'm just so surprised that there would be a further use of tax dollars in this way."

So far, the case has cost the county $13,000 in outside legal fees plus the equivalent of $20,000 in time spent by the county's internal legal team.

Washington County, which lost a similar case, also has decided to appeal to the U.S. Supreme Court.

Ryan Kirchoff, an attorney for Jackson County, said the Gun Control Act is designed to keep guns out of the hands of people Congress considered potentially dangerous or irresponsible, such as those who use a controlled substance.

Because marijuana is a controlled substance, the county argues gun ownership would be barred under the Gun Control Act, he said. But the state statute concerning concealed weapons doesn't explicitly address it.

"How many judges do we need to rule on this?" Berger said.

The petition Kirchoff filed with the U.S. Supreme Court makes a point of pressing for clarity in resolving conflicting state and federal laws.

"As this case demonstrates, the mounting constitutional and political tension between the states and the federal government over medical marijuana has expanded into the intersection of federal and state firearms regulation," the petition states.

But the likelihood a case will be taken under review is slim. Of the 10,000 cases sent to the U.S. Supreme Court in a given year, only about 200 are heard. 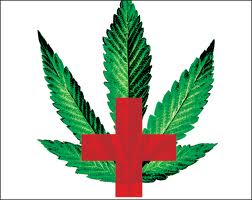 Money to burn, cool can I have some too? Who heired the Sheriff state or Federal, who pays his salary. Would this be known as frivilous and used only to clog our already clogged courts.
A