Salem's moratorium on medical marijuana dispensaries is on the verge of ending. At Salem City Council's Oct. 13 meeting, the council passed an ordinance to regulate medical marijuana dispensaries. Passing the ordinance will clear the way for lifting a moratorium that prevented new cannabis businesses from opening. The council still needs to determine if the city will impose a fee of up to $2000 a year on dispensaries, but that issue is expected to be decided at the council's Oct. 27 meeting.

Once the council makes a decision on the fee, the moratorium will end. Margo Lucas, legislative liaison with the Salem Cannabis Industry Association, said eight dispensaries are operating under the moratorium rules. Another three to five more dispensaries may open once the moratorium ends, she said. Salem City Councilor Chuck Bennett said he doubts the city will see a large increase in medical pot shops, given the number that are already in business.

"It becomes a question of how many of these are going to be needed," Bennett said. Operators of dispensaries also face limitations on where they can open stores. The city's ordinance includes spacing requirements that place restrictions on how close dispensaries can operate from residential areas, schools and parks. Under the new ordinance, medical marijuana clinics are subject to compliance inspections by city police. Operators of dispensaries unsuccessfully argued that city code enforcement officers, not police, should be responsible for inspections. The city considered placing a cap on the number of dispensaries that could be licensed to operate in Salem, but later dropped the idea. 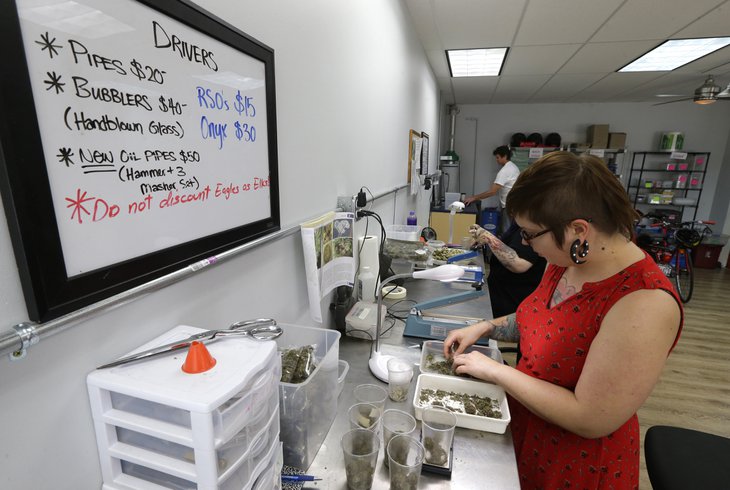