In 1998 Oregon voters approved medical marijuana use. Now 22 states plus the District of Columbia allow it. Two years ago, Oregon voters declined a poorly written measure allowing dispensaries. This year the state Legislature approved them. Although communities cannot outright ban them, moratoriums are allowed until May 2015. That is exactly what towns in Josephine and Jackson counties have done. If a patient does not have local access, they must go to Klamath Falls or Eugene to obtain their medicine. Perhaps a local one is still open, perhaps not. Gold Hill has allowed one dispensary to open, but for how long?

The debate of state law vs. federal law continues. In 2009, the Department of Justice announced it would not spend resources prosecuting "legal" state medical marijuana users. There were far fewer legal states in that year. This is not a new concept to be devised from scratch. There are many models to draw from to develop our own state laws and taxation system. This is not an article about the merits or validity of medical marijuana. We have had 16 years of experience and testimony in its favor. It is about the need for dispensaries in our communities.

The average medical marijuana patient is in his or her late fifties. In a dispensary lobby you will see gray-haired grandparents, many with canes or wheelchairs. They suffer from cancer, wasting disease, nausea, muscle spasms and chronic pain. Most are physically unable to grow their own. Nearly 20 percent of the state's patients reside in Jackson/Josephine counties. Our region also touches the Emerald Triangle, where quality, medicinal marijuana grows. Most dispensaries followed the letter of the law. They knew they were being scrutinized and were very careful to comply with the legal privileges they had been given. They are frustrated after operating without problems and now being told to close.

A proper understanding of dispensaries is needed. They are not pot shops for recreational or black-market use. Marijuana is medicine, and those who enter the doors are patients. All medicine is inspected for molds and analyzed as to the type and percentage of components. This is valuable information so the patient knows when to use which product for which ailment and at what time. For example, most patients know when to use a sativa-dominant strain or an indica strain. We have had years now developing analytical techniques and increasing our knowledge of marijuana's medicinal value. We have developed palatable oral products and topicals for those who do cannot smoke. "Bud-tenders" are very knowledgeable, helpful and compassionate.

Under state law, a grower can grow up to six plants for a registered patient. Patients in Oregon and Washington are allowed to possess 24 ounces (11/2 pounds) at any given time. That's a lot of medicine. One well-groomed, maintained plant can yield up to five pounds of usable marijuana. Say the patient smokes only five ounces of medicine a year. At 80 ounces per plant, the grower has grown 475 ounces more than the patient needs. Not all plants are this prolific, and patient needs vary, but obviously there could be excess grown. Where does it all go?

In some cases, but by no means all, it helps supply the black market for the valley. Or it can supply dispensaries. It is unlawful to charge for medical marijuana. Labor and growing costs are recoverable, but I have yet to see a dollar amount assigned to those costs. A patient does not "buy" medicine; they "donate" at reasonable prices. A dispensary must pay employees, electricity and rent. Some profit must be obtained. This is a perfectly legal outlet for the excess marijuana. Another consideration is the production of edible medication. People who cook with marijuana or make infused oils must use greater quantities than those who smoke it.

Local cities should lift their dispensary moratoriums. Disabled patients need access to medication. They want to obey the law, and they pay $200 a year for their medical marijuana card. The medicine can be taxed and draw folks to town for lunch, shopping, etc. Surely, there must be some place that complies with school restrictions and residential zonings to accommodate just one.

We will probably vote again in November to legalize recreational marijuana use. If the measure is written well, I predict it will pass. Dispensaries should exist now to serve as models for when that time comes. Marijuana is still the mainstay of drug cartels. By reducing traffic for their product and using resources saved from local marijuana prosecutions, we could concentrate on the methamphetamine and heroin problem that now plagues our valley. Medical marijuana patients have been qualified by the requirements of the Oregon Health Authority. They are most assuredly patients and need local access to clean medications. Gloria Elder of Ashland has practiced as a pharmacist in Rogue Valley pharmacies and hospitals for 30 years. 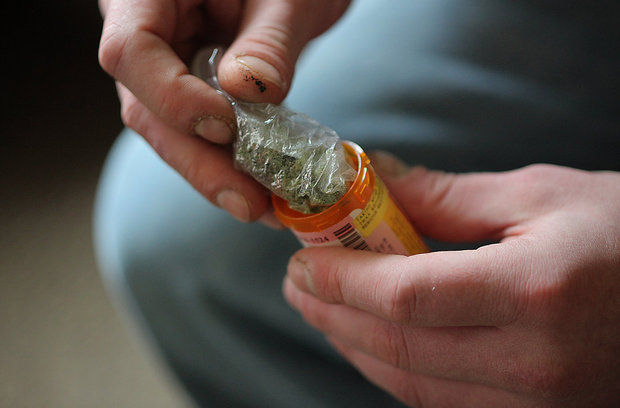 T
Legal Marijuana In Oregon: A Look At The State's Pot History