Problems with labeling, testing and tracking inventory were some of the common problems found by medical marijuana dispensary inspectors, according to data released Thursday by the Oregon Health Department. "The problems we are seeing are not marijuana problems," said Tom Burns, director of pharmacy programs for OHA. "They are the problems we would expect to see from people who are new to running a business and don't yet understand the basics of how to manage inventory and follow the rules."

Oregon's medical marijuana dispensary law requires an on-site inspection of each facility within six months of the date it receives its license, and an annual inspection thereafter. Inspectors have visited 58 of the state's 158 licensed dispensaries, including seven in Salem, and OHA has released its findings for 48 dispensaries. In Salem, 2nd Step Dispensary had the most violations with 26 deficiencies, while Club Pitbull and Cherry City Compassion were tied for the least with six violations each.

The most common problems found inside Salem dispensaries were not using approved scales, not using child-resistent containers and not keeping proper records. Dispensaries have 10 business days from the date of their inspection to submit a plan to correct the problems or face penalties of up to $500 per day for each violation. The state revoked the licenses at two dispensaries, one in Portland and one Eugene, following their inspections. "The rules governing dispensaries are intended to protect patients and keep our communities safe," Burns said. "We take violations seriously and we will close down dispensaries that are operating outside the law." The Eugene facility has since made corrections and had its license reinstated.

How Salem's medical marijuana dispensaries fared on their inspections:
Herbal Grasslands, 1130 Royvonne Avenue SE: The dispensary had 10 deficiencies requiring correction. These included not keeping products and plants in a secure area, lacking cameras capable of capturing activity occurring within 15 feet of the entry, not using approved scales, lacking written procedures and not placing usable marijuana in child-resistant containers.

2nd Step Dispensary, 1295 Oxford Street SE: The dispensary had 26 deficiencies requiring correction. These included not prominently displaying its registration, not using approved scales, not properly labeling its products, not keeping copies of cardholders' IDs and not keeping surveillance recordings for at least 30 days.

Ancient Remedies, 2350 State Street: The dispensary had seven deficiencies requiring correction. These included not labeling the amount of CBD in all products, not labeling who preformed the testing, not maintaining all its records electronically and not keeping surveillance recordings for at least 30 days.

Cherry City Compassion, 3760 Market Street NE: The dispensary had six deficiencies requiring correction. These included not logging the date and time in and out of secure areas for testing, not labeling the metric units on containers dried flowers and not being able to account for all its inventory.

1st Choice Cannabis Farmacy, 4142 Liberty Road S: The dispensary had 11 deficiencies requiring correction. These included not placing marijuana in child-resistant containers, not having a camera outside the facility's rear door, lacking written procedures for security and having a broken lock on the door to the dispensing room.

Club Pitbull, 4088 State Street: The dispensary had six deficiencies requiring correction. These included not keeping copies of cardholders' IDs, not keeping a log of non-patients who entered restricted access areas and keeping marijuana products in a refrigerator rather than a safe when the facility was closed.

The Holistic Choice, 1045 Commercial Street SE: The dispensary had 19 deficiencies requiring correction. These included having plants larger than 12 inches in height and diameter on the premises, not keeping surveillance footage for at least 30 days, not using approved scales and not being able to account for all its inventory. 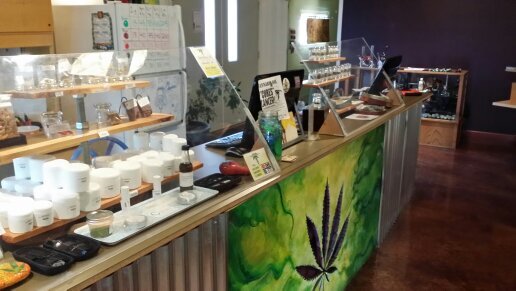