After receiving complaints from constituents, a Conservative British Columbia MP says landlords should be able to decide if tenants can grow medical marijuana.

Cathy McLeod has introduced a private member's bill in the House of Commons requiring tenants in rental properties to get permission from their landlords if they want to grow medical marijuana.

"If someone's got a couple hundred thousand of their hard earned money invested, I think they have the right to provide permission or not," McLeod said.

"For the last number of years, I've had a number of constituents that have phoned into the office and they're landlords, and they've found out that there's medical grow operations happening in their homes and they . . had no idea about it, their insurance becomes invalid and they worry about the long-term repercussions," McLeod said.

"I've had people come into my office in tears," she added.

Many have poured their life savings into rental property investments, she said, but the marijuana operations have jeopardized those investments.

Right now, tenants in a rental are not required to ask permission from the landlord to grow medical marijuana in the property.

In an email, Andrew McGrath from the Insurance Bureau told CBC's Go Public that "while regulations may allow for the legal growing of marijuana for medical purposes, it does not change the structural risk grow-ops pose to homes and condos."

"I don't blame insurance companies for not wanting to insure when there're no protections in place," McLeod said.

She said she has a lot of support for the bill.

"I have a huge positive response from groups across the country, from fire departments to insurance companies to real estate agents to my Conservative colleagues," McLeod said.

Even if the bill does not pass, it will have created a discussion around the issue, she said. 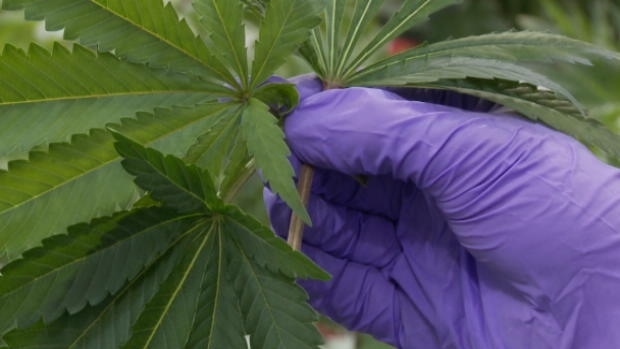