California - Three Milpitas residents were arrested after authorities seized 100 pounds of marijuana and cash at a residence near South Park Victoria Drive, Milpitas Police Department reported. On Oct. 7 at about 7:50 p.m., Milpitas police officers investigated a report of marijuana being grown in the back yard of a residence on the 1000 block of Olympic Drive.

Ho Van Lam, 50, and Jennifer Hong Lam, 26, were contacted at the home. Officers gained access into their back yard and allegedly located the outdoor marijuana grow. Approximately 100 pounds of marijuana with an estimated street value of $250,000 was recovered, police said. Officers also located and seized approximately $70,000 in U.S. currency inside the residence, police said.

Prior to the conclusion of the police investigation, another resident of the home, Thu Le Tu, 56, arrived. All three suspects were arrested at the scene without incident, police said. Ho Lam, Tu and Jennifer Lam were booked into Santa Clara County Main Jail on charges of illegal cultivation of marijuana, possession of marijuana for sales and sales of marijuana, police said. 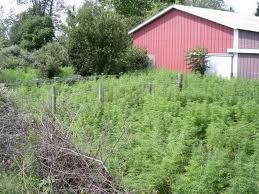